Myce has spotted something interesting in the Chromium issue tracker (image below), which is usually a good place to spot new devices or operation system versions. Android build (LRW50D) was spotted in the Chromium issue tracker, Google always starts its build number with a codename of the OS that number is connected to, in this case its the letter “L”. That is followed by a bunch identifiers which let us know when the build was created, in this case its August 19th 2014. Google says that those dates are not exactly accurate, at least not all the time, some variations are possible. Many sites think that “L” stands for Lemon Meringue Pie and to back that theory, Myce found many references to “lmp-dev” in the code itself, lmp as in Lemon Meringue Pie. All of this is running on a device called the “New Nexus 7â€³, don’t get excited though, developers usually refer that way to Asus Nexus 7 (2013).

This is just a guess at this point of course, but it’s at least something. I don’t know about you, but I do believe there’s something to this and that the upcoming version of Android will be called Android Meringue Pie in the end. I believe many of you can’t wait for Google to release the all new Android “L” along with the upcoming Nexus smartphone and tablet(s). We’ll have to wait a bit longer for that to become reality, Q4 is not that far away though. Hopefully Google will speed up the process a bit and maybe even surprise us with a Nexus device earlier than expected and along with the new hardware… you guessed it, all that Material Design beauty packed in a new version of Android. Anyhow, hurry up Google! 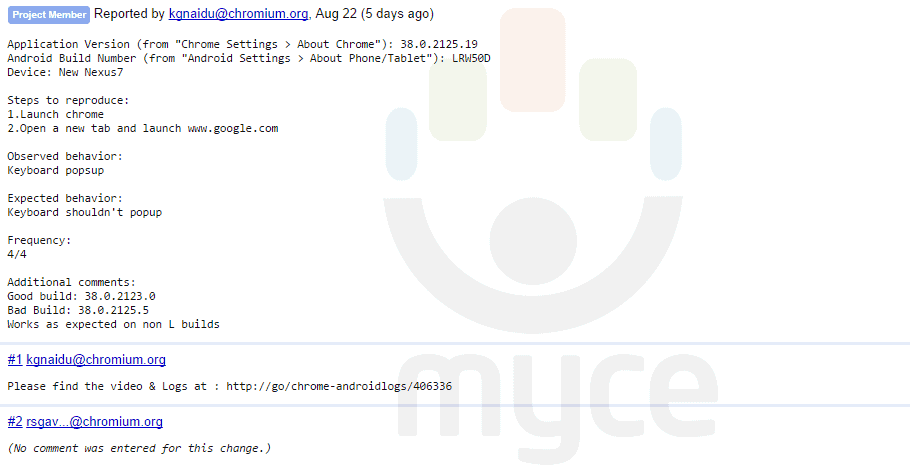