Skip to content
Trusted By Millions
Independent, Expert Android News You Can Trust, Since 2010
Publishing More Android Than Anyone Else
34
Today
278
This Week
81
This Month
8261
This Year
125744
All Time 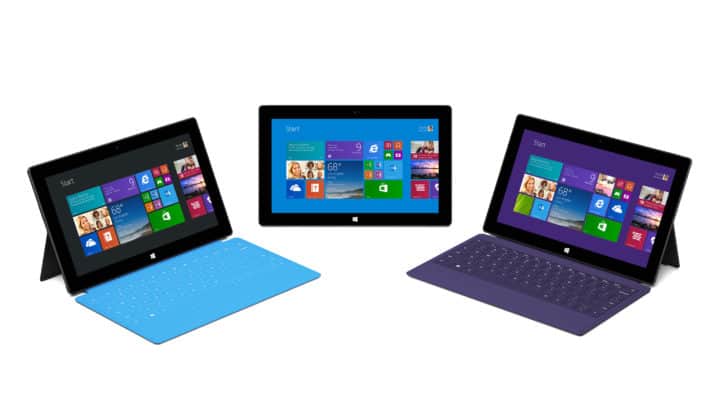 Microsoft has had a lot of issues staying afloat in the mobile industry-including tablets. As for smartphones, Windows devices accounted for only 2.7% of all devices worldwide, but when examining tablets we look at the financial side of things. The Microsoft tablet line the Surface Pro series may finally be gaining ground. While that’s great news for the company, the question is at what cost? Computerworld noticed that in an 8-K statement filing from Microsoft to the Securities and Exchange Commission they noted a $1.7 billion loss. That loss came solely from the Surface Pro series to this point. While the fact that the fiscal year for Microsoft stated they had a $409 million dollar revenue on Surface tablets alone sounded great, there was something missing from the report-cost of revenue. In order to figure out what the gross margin which is a rough estimate of total profits for a company, you would need to know the cost of revenue. Computerworld put together the information from the 10-K Microsoft filed as well as the 8-K and the numbers were telling.

Firstly, the quarter ending in June showed the cost of revenue at $772 million. Take that away from the $409 million revenue, and you have the Surface tablet line in the red to the tune of $363 million. Then taking a look back at the two quarters before, and adding them together bring the cost of revenue to $2.872 billion closing Microsoft’s fiscal year 2014. Microsoft’s fiscal year spans from July 1 2013 to June 30 2014 for which Microsoft reported $2.192 billion in revenue from Surface tablets. However the Surface tablet line started before this time, so more numbers are needed. For the fiscal year 2013, Microsoft reported Surface revenue of $853 million. Going quarter by quarter, they found that the cost of revenue for that same year was $1.902 billion. That makes the loss for fiscal year 2013 $1.049 billion. That’s $853 million minus $1.902 billion. However, most of the loss in FY2013 was due to a $900 million write-off Microsoft made in July 2013. All of Computerworld’s findings pointed to a total Surface loss of $1.73 billion. Still the most shocking part of these numbers is that Microsoft treats this loss as a sneeze.

Microsoft as a whole saw that the Surface loss accounted for only 3% of the company’s FY2014 gross margin. In fact, it only accounted towards 9% of the Devices and Consumers division of Microsoft. However, the tablets are just a side project for the company, and if it keeps bleeding money, they will need to cut the division altogether. “Continued losses will make it harder and harder for Microsoft to keep the Surface project going, so a good performance in the next quarter or two will be critical to justifying its continued existence.” Chief analyst Jan Dawson at Jackdaw Research suggests. Dawson continued to say, “You can accept some losses for a while, but how sustainable is that in the long term?”