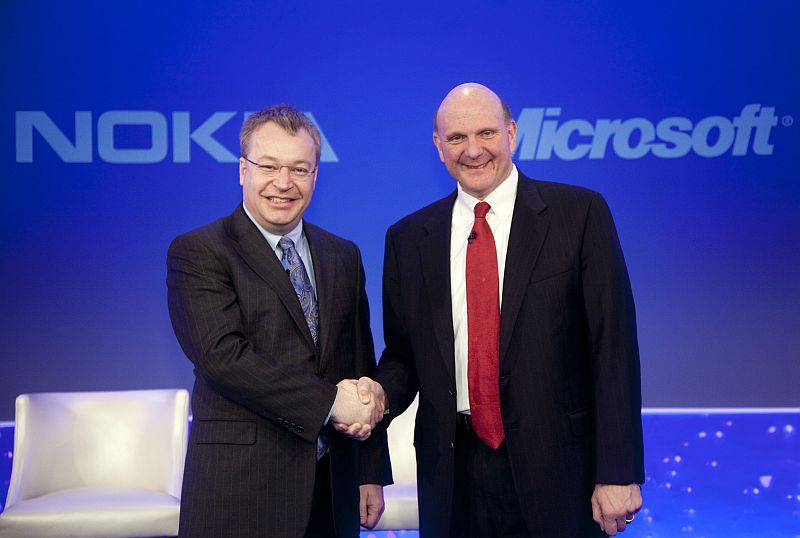 Microsoft-Nokia-Ballmer-Elop is a tale of woe that will hopefully not be duplicated in the near future – laying off 70-percent of the employees of a company that you just purchased for $7.2 billion less than a year ago.  Our source asked Tomi Ahonen, a well-tweeted mobile analyst, writer and former Nokia executive if he could help us understand this chain of unfortunate events, as well as Microsoft's future under the guidance of their new CEO Satya Nadella.  As always, Ahonen was candidly open and happy to talk about this story that is near and dear to his heart.

First and foremost, it is made very clear that the Nokia dealings were all orchestrated under Steve Ballmer – he, and even Bill Gates, had been eyeing Nokia for a long time and he even fought the Board of Directors on it and won…temporarily, as shortly after that move, he conveniently announced that he would be retiring from Microsoft.  The Nokia of 2011 that Ballmer wanted was much different from the Nokia of 2013.  When Microsoft first started the negotiations to purchase Nokia, their offer was so low that Nokia walked away.  Nokia promptly rushed out their Nokia X Series (Android bases) into prototypes, Microsoft quickly improved their offer, and they negotiated a deal.

Even though Nokia sales were barely a blip on the radar by the time the Microsoft deal went through, Ballmer was still living back in 2012 and felt with the full backing of Microsoft's marketing muscle, they could resurrect the Nokia brand back to its glory days.  Remember, back in 2012, even though Nokia only held a 5-percent worldwide market share, it was only third behind Samsung and Apple, and Nokia's dumbphone business still had 20-percent of the market, so Ballmer was very optimistic about their future.

Fast forward to Ballmer being ousted, I mean retired, and with Nadella taking over, the full reality of this mess hit the fan.  Nadella was not happy with what Elop brought over with him – the remains of Nokia were so far damaged, he felt it was beyond repair.  Ahonen explained that Nadella even contacted their distributors like China Mobile, Vodafone, Telefonic, etc. and they flat out told him they did not like Microsoft and would not push their devices.

The damage to the Lumia, or Windows Phone, was complete and pulling in only 2 to 3-percent of the market – and without carrier support how would they ever increase sales.  As far as Nokia's dumbphones go – there is little market left, and why should Microsoft continue to sell phones that do not use the Windows environment.  Microsoft was forced to buy the entire line of Nokia phones, smart, full-featured and dumb – if Microsoft only bought the Lumia line, then Nokia could keep selling the full-featured 'X' devices, which were outselling the Windows-based Lumia.  Microsoft could not allow the embarrassment to continue of just how poorly their Windows Phone were selling.  They bought everything and just shut down the 'X' phones and caused part of the massive layoffs.

The severe cuts will have a trickle-down effect for, at the very least, the next half of a year.  In the meantime, the high-end Lumia devices will continue to fall and Microsoft's smartphone business will struggle to be profitable.  That is when Ahonen predicts that Nadella will replace Elop and give the hardware business to someone more competent to run.  He also believes that eventually Nadella will have no choice but to close down the failed handset business and then more layoffs will be inevitable.

Ballmer had a mission of making Microsoft a "devices and services" company, hence his drive to purchase Nokia.  He saw how it led to Apple's success…however, Microsoft, the software company, is not Apple.  Nadella, on the other hand, has all but eliminated "devices and services" from Microsoft's vocabulary and his strategy is a "cloud first, mobile first" concept.  He wants Microsoft to create productivity tools (Microsoft Office), apps and services that people can use on any device – he's the one that is pushing for an 'Office for iPad,' due out this spring.  This is the direction that Microsoft must go in order to be successful – building software and applications for ALL platforms.  Nadella seems to recognize reality, when Ballmer did not.