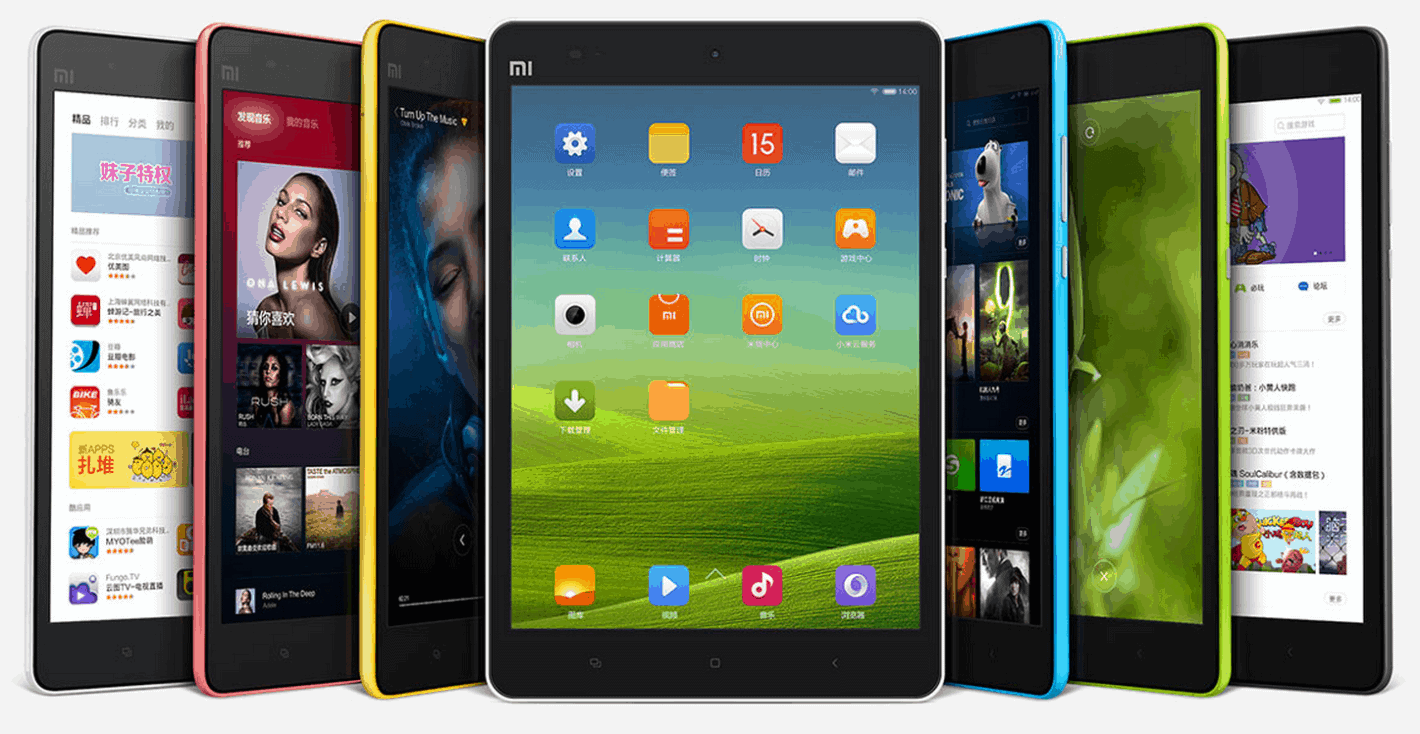 Xiaomi is not a company that many people in the United States are even aware of and really, that's a shame. My entire knowledge of Xiaomi came from tinkering with ROMs and themes on my phone when I stumbled upon their MIUI ROM and launcher. Now they have decided to take a huge jump and enter into the tablet business. 50,000 units were sold in just under four minutes when the tablet went on sale in China on July 1st. Pretty impressive numbers, indeed.

Arguably, the most exciting thing about this tablet is that it is the first device using NVIDIA Tegra's K1 processor. Check out what we had to say about this beast here. Seriously, this tablet is going to be a powerful machine. In addition to the K1 processor, Xiaomi will pack in 2GB of RAM and either 16 or 64GB of flash storage with the ability of expanding that up to 128GB more via microSD card. The 7.9 inch screen will be an IPS variety with a resolution of 2048 x 1536 at 326 ppi. Two cameras are included with an 8MP lens on the rear and a 5MP lens on the front. Android 4.4 "KitKat" is running the show and all this is kept alive by a 6700 mAh battery.

Prices for the MiPads are 1,499 yuan (about $240) or 1,699 yuan (about $270), depending on the internal storage size. Plus, there are five different colors to choose from. With exciting specs like these and a very good price, it's easy to see why and how they're selling so fast.

Now here's the bad part: as for now, the MiPad is only available in China. It looks like India will be soon getting their hands on it and Malaysia, Indonesia and Thailand will follow soon after. All is not totally lost for us in the States, though, as you can import the MiPad from sites like XiaomiShop and AliExpress where the prices range from $335 to $365, again, depending on either the 16 or 64Gb version. Hopefully, as the popularity of the MiPad is sure to grow, Xiaomi will find it in their hearts to grace us with a proper English version.

Would you be interested in getting your hands on one of these tablets? Let us know in the comments section!