LG's G Vista device is all over the news lately. Yesterday we wrote about a leaked user guide for AT&T version of the device and now the packaging of the Verizon version has leaked alongside the device itself. Let's see what we get. Verizon's LG G Vista will feature a 5.7" HD IPS 1280 x 720 (258ppi) display, a Qualcomm Snapdragon 400 quad-core processor clocked at 1.2GHz and 1.5GB of RAM. The device will also sport an 8MP camera on the back alongside a laser autofocus and a LED flash like we see in the flagship LG G3. Android 4.4 KitKat operating system comes out of the box and 8GB of internal memory is listed on the packaging (expandable via Micro SD card up to 64GB). CDMA (Code Division Multiple Access) network is of course Verizon's network of choice and LTE is also a part of the package.

This leak actually goes hand in hand with the leaked specifications and a release date which we wrote about a few days ago, except for one thing, the screen on the Verizon's LG G Vista is going to be 720p after all. Previous leaks suggested a QHD screen (960 x 540), luckily it seems that won't be the case. As you can see in the picture, the device awfully resembles LG's current flagship, the LG G3. The G Vista is however nowhere close to that beast as far as the specs go, considering the G3's  beastly Quad HD screen, 2/3GB of RAM (depending on the version) and a 13MP shooter on the back. Some people might actually mix up the two devices though, considering uncanny similarity as far as the design goes. LG G Vista keeps the G3's thin bezels and the general shape as well as rear button placement.

The LG G Vista is not the device that will push the limits when it comes to smartphones, but it is a nice mid-range device which might appeal to some people as long as it is priced right. Both AT&T and Verizon versions will launch July 31, according to the leaks, so you won't have to wait long if you want one of these. As far as pricing goes, Verizon model will be available for $499 off-contract or $99 if you sign a 2-year agreement with the carrier. 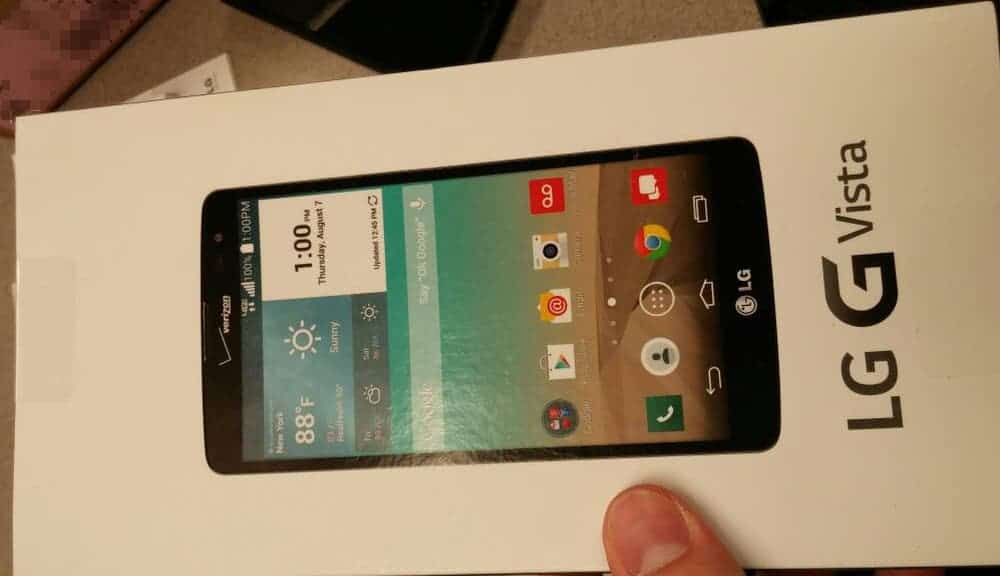