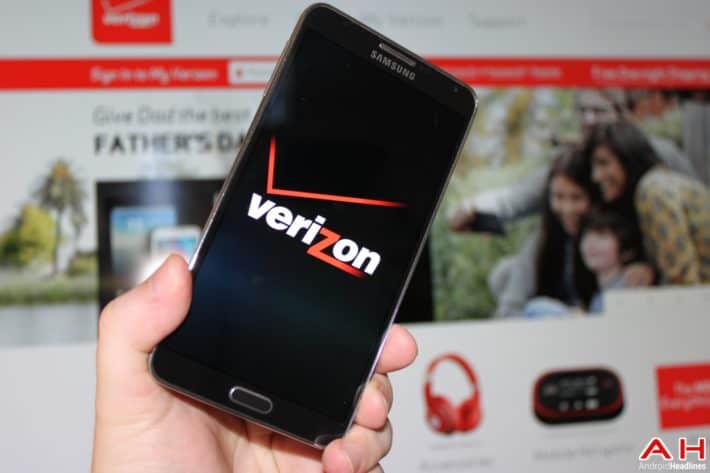 In the midst of falling prices between the nations largest carriers to compete with one another and a growing saturation of the smartphone market, Verizon is working to solidify customers by ramping up its tablet game instead of choosing to put all of the focus on their smartphone wireless efforts. This may prove to keep them ahead as more and more consumers may search for a cheaper plan alternative for their mobile devices. They still hold more customers than any other carrier in the U.S., but that number could only go so far as most people now a days already own smartphones and wireless plans. Not nearly as many consumers own tablets though and this a huge open opportunity for Verizon.

Data shows that they have been seizing it every chance they get, with their number of added subscribers last quarter being made up mostly of new tablet subscribers. Out of the entire 1.42 million new customers they added, 1.15 million were customers that were subscribing to the carrier for plans with tablets. The plan of attack for pushing tablet sales makes sense when you factor in data from ComScore that shows 70% of Americans now own smartphones, which only serves to further prove that the market is extremely saturated. Another detail that puts focus on the largely open market for tablet growth comes from comparing Verizon's current total Postpaid subscriber numbers to the numbers of that subscriber base that have a postpaid tablet.

They have about 98.6 million subscribers altogether but only 5.4 million of those have a postpaid tablet line or plan. That leaves lots of room for them to expand on grabbing up new lines from existing subscribers even if they aren't adding as many new customers for wireless service. Verizon is also bundling tablets together with smartphones selling the idea that they belong together as a pair, something which goes together nicely with their shared data plans allowing the tablet to be added as a new line but share the data that already exists on the account. This sort of open approach to making tablets more desirable and easier to use already seems to be paying off for Verizon and there should be no doubt that they will continue to focus on tablets as a big part of their growth going forward.