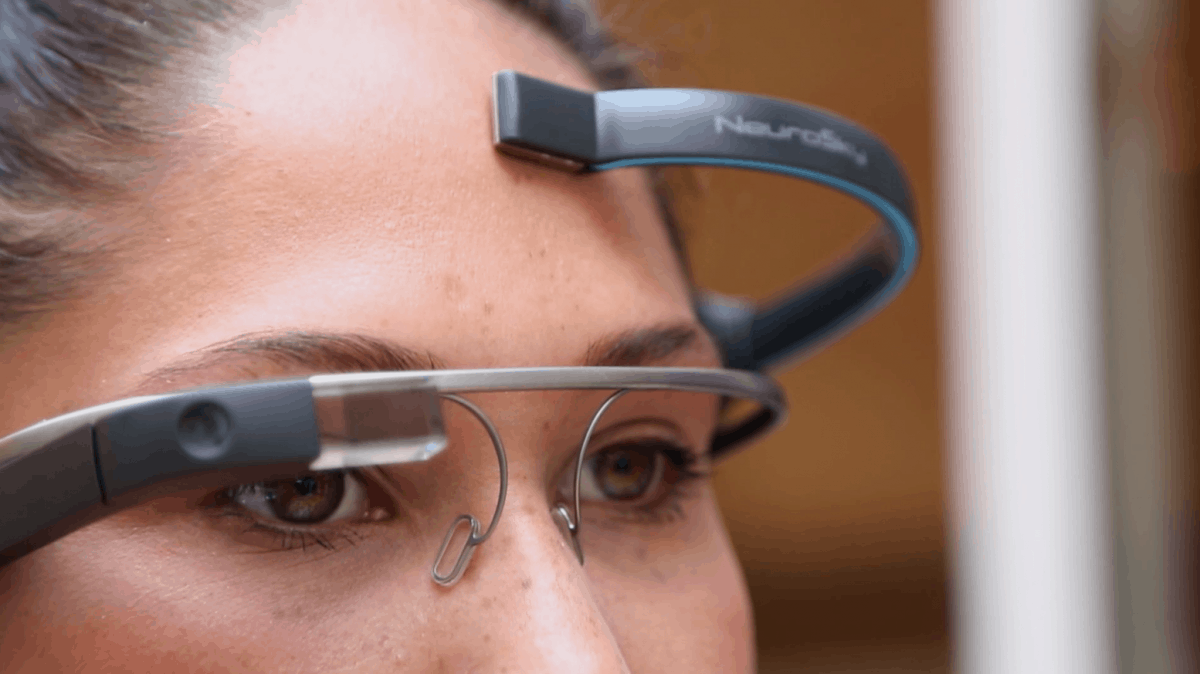 “Tap here to send email.” What am I, a caveman? “Look here and blink to take a picture.” Ugh. I’m too lazy to even do that. “Take a picture and post it to Twitter just by thinking about it.” Now, that’s more like it. Google and London-based design agency, This Place, have released the source code via GitHub to all Google Glass users which will allow them to experiment with mind control. This proof of concept called mindRDR (I get it. Mind Reader.) lets users utilize an app and a Neurosky EEG biosensor to actually take a picture and post it to Twitter with nothing more than a thought.

The crew at This Place wanted to start out small, just to see if and how manipulating Google Glass with brainwaves would work. The basic premise is that it works with relaxation and concentration waves in the brain and then the one thing it is programmed to do will activate. It’s really nothing more than an IFTTT (if this then that) program but this is still way early in the game and it’s still operating on nothing more than the only thing in the world that named itself (your brain). Chloe Kirton, the Creative Director at This Place, confirms that there’s still a lot of room to grow with this project. In the future, software could be developed to track all 18 senses that are currently mapped in the human brain. That would be like being able to control every button on a PlayStation or XBox controller with the tiny voices inside your head.

Right now, however, the process is a tad cumbersome and takes some getting used to. First, you have to be wearing Google Glasses. Then, if that’s not enough to make you look like a geek, a neuro-scanner is placed on your head. Once the mindRDR app is launched, a simple line is displayed on the screen that moves up when you’re concentrating and down when you’re relaxing. Concentrate once to snap a picture through Glass and then, when prompted, concentrate again to post it to Twitter or Facebook. Coolness or creepiness aside, this technology could eventually help those who don’t have the motor freedoms or skills needed to operate traditional machines or computers. The technology isn’t ready to be released into the mainstream yet and it’s very limited right now, but I believe it’s certainly a thought in the right direction. Think me your thoughts and then manually type them out in the comments section!