Skip to content
Trusted By Millions
Independent, Expert Android News You Can Trust, Since 2010
Publishing More Android Than Anyone Else
34
Today
34
This Week
217
This Month
2886
This Year
112949
All Time

The OnePlus One is really an amazing phone no matter how you slice it.  Besides the excellent hardware build quality it features CyanogenMod right out of the box; something every other phone on the market has to be modified to be running.  But what if CyanogenMod’s software doesn’t do it for you?  What if you want more features and doohickeys to play with that CM just won’t give you?  Never fear, since this is an AOSP-based phone there has already been a fantastic outreach from the developer community, and the OnePlus One is supported quicker than most phones ever are.  Also thanks to OnePlus’s warranty there’s no worrying about them denying you a warranty claim because you flashed a custom ROM, and it’s super easy to get a custom ROM on there as well.  So for now let’s break down what’s available out there and see which custom ROM solution is the best, shall we? 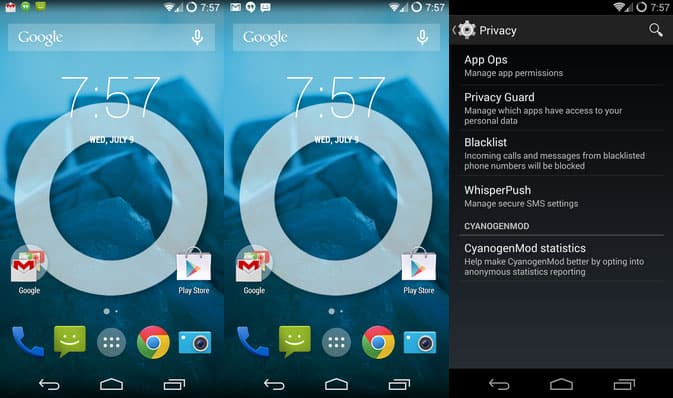 Calkulin’s OnePlus One is a modified version of CM11S that gives you more power saving options, colored notification bar icons, less compression for MMS files and a number of other little tweaks for the system in general.  One big advantage that Calkulin’s OPO has over stock CM11S is that it’s based off CM nightlies with the 11S tweaks added, meaning this is running Android 4.4.4 whereas stock CM11S is still on Android 4.4.2.  While this isn’t a huge overall change to the OS it’s a welcome update, and those looking for a few good tweaks and extra power savings over stock can’t go wrong here.

The PAC-Man name comes from the combination of Paranoid Android, AOKP and CyanogenMod ROM sources into one big ROM, and as such this ROM has many of the same key features as those ROMs, except it’s all in one ROM instead of a bunch.  Here you’ll find lots of additional tweaks like extra options above those provided in CM such as smart notification shade pulldown, weather in the status bar as part of the system weather updates, lockscreen notifications, active display as seen on the Moto X, and so many more things.  Like the rest of the group below you can use all the CM apps provided with the OnePlus One, including the Camera Next app that gives you 4K video recording, slow-mo recording, etc.  Just install the APK and go. 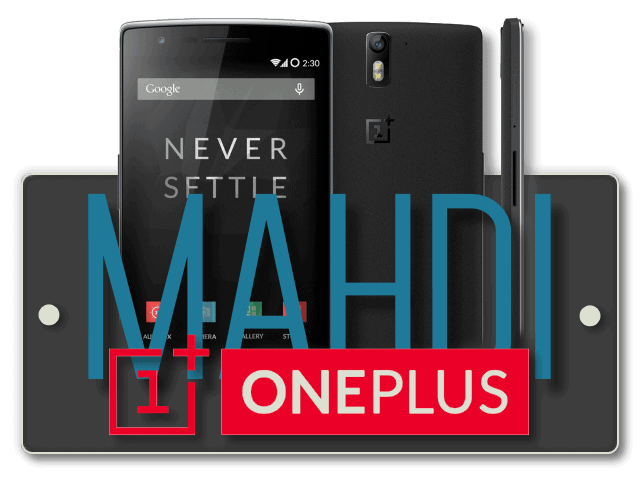 One of the most popular ROMs for the Nexus 5 has made its way to the OnePlus One, and it’s called Mahdi.  You may not have heard of this one before, but it’s quite packed full of features, and brings the CM experience to the next level by provided a whole host of options you won’t find in stock CM.  Additional sound, display and other system tweaks are present here, as well as full control over all those additional hardware features you’ve come to know and love on the OnePlus One such as he ability to change or disable the hardware buttons.  There are also some significant lockscreen setting options, and some low level tweaks like being able to change system animations for everything from transitions to toast notifications. 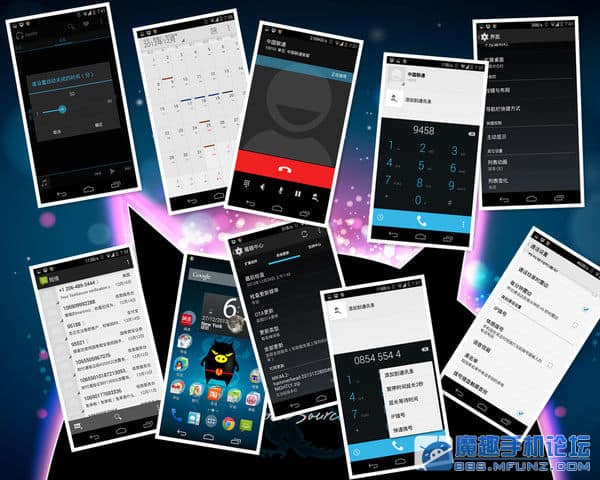 MoKee is its own branch of AOSP, much like CyanogenMod, AOKP and Paranoid Android are.  As such MoKee has a significant number of features you won’t find anywhere else, such as multi-window support like a Samsung phone, custom animations, adjustable UI elements and others.  You’ll find some extra features in the calendar like solar and lunar calendars, additions to the dialer like smart dialing and IP dialing, the network speed being displayed in the status bar and lots of customization options all over the place.  There’s also a really cool task switching sidebar in recent apps that populates with commonly used apps, giving you a two-click press to your favorite apps no matter where you are or what you’re doing.

Being one of the most feature rich and cutting edge ROMs on the market automatically jumps you to the top, and that’s where the Paranoid Android team is finding themselves yet again here.  With official support, Paranoid Android on the OnePlus One isn’t just a port of the popular ROM from another AOSP device, it’s an official build from the source just for the OnePlus One.  As such we see not only all the other amazing features that Paranoid Android adds, but also ones that we’ve come to expect from our phone.  Again Camera Next works just fine here, and even the off-screen gestures are built in too.  If you haven’t kept up with Paranoid Android over the last couple of months and years know that the team has added some significant features to regular AOSP, including PIE navigation controls, Peek and Hover.

PIE takes the place of the standard back, home and recents buttons and gives you more information than you know you could have from just a simple swipe.  Peek reproduces Motorola’s Active Display feature from the Moto X with its own twist, and Hover lets you place any app in its own floating window, complete with full control of notifications from a hover-style pop-up.  It’s an incredibly powerful ROM that’s getting new features added practically every week.  The latest 4.5 alpha builds, which as of this update on July 23rd are now built for the OnePlus One as well, even feature an Android L style recents menu and a few other overhauls to make things even prettier before L hits this fall.

With any of these ROMs don’t forget to flash the required Google Apps Package!  Right now we didn’t include any ROMs based on ColorOS because there are problems with most if not all of them.  Some even seem to lock your bootloader with little hope of getting it unlocked again, sticking you with a Chinese OnePlus One until someone figures out how to fix that.  Nasty!  As always be careful when doing this sort of thing, and if you don’t know what you’re doing make sure to study up or you may just be stuck with something you won’t be happy with for a long time!