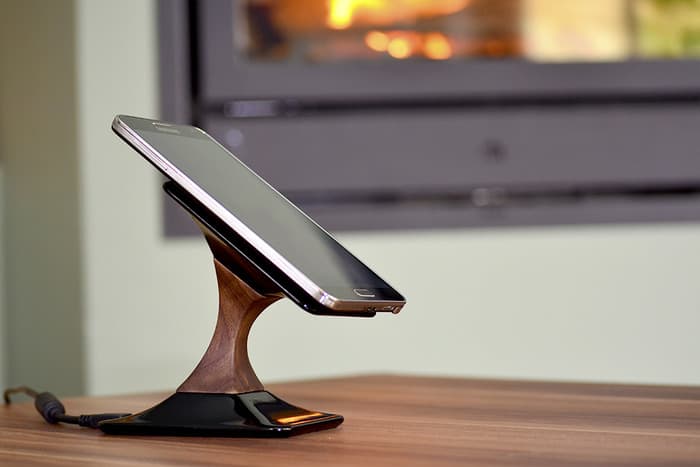 Around here, we really like wireless chargers. For a while we thought that they weren't really necessary as you still needed to plug in the wireless charger, so it's not really wireless. But after you get used to it, you want wireless charging in all your devices. Some wireless chargers don't look all that great. Some are just like a pad that you put on your desk. Swich actually reminds me a lot of the TYLT Vu. The reason being is that both of them are tilted so you can kinda use it as a dock and watch movies and TV Shows from your phone or tablet while it's on the charger. Which is always awesome. Swich had a goal of $25,000 and they've already surpassed that. At the time of writing this, they had about $36,435 in funding with about 17 days left on Kickstarter. Which I'd say is a pretty good turn out. Maybe not as good as the potato salad though.

Now the Swich does use Qi Wireless charging, and here's what they say about compatibility with existing phones:

"If you have Nokia Lumia or Nexus 5, your phone is already implemented with the Qi standard, so you don't need a receiver. Other phones will work with patches or case receivers. Most today's smartphones can adopt Qi standard with the help of these receivers."

Additionally they say that there will be a case available for the iPhone so that those with the iPhone can go ahead and charge their iPhone with the Swich wireless charger too. "iPhones use receiver cases and others use receiver patches. If your phone does not have a receiver yet, our team is willing to help you get one. Just pledge extra $10 to your order and contact us after that."

How many of you are interested in the Swich wireless charger? Let us know in the comments below.