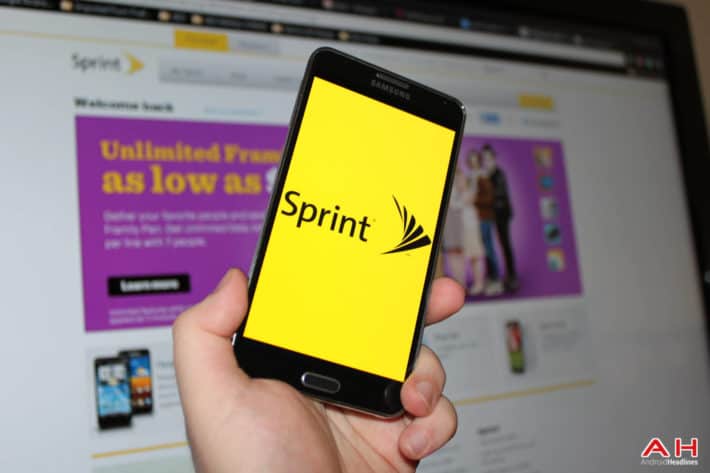 Sprint is America's third largest carrier, behind Verizon Wireless and AT&T, and it's followed by T-Mobile.  They are the Big Four of the United States, and the two frontrunners, Verizon and AT&T, seem to affecting, of infecting depending on how you feel about this one, the smaller one, Sprint and its plans and idea of plans.  Sprint is holding trial runs of family plans, not Framily, but family, and the difference, you may wonder, is what?  Well, the plans in testing are shared, limited, data plans, much or exactly like those offered by the frontrunners at Verizon and AT&T.  The reasoning?  Well, that's different entirely.

Sprint is losing customers while T-Mobile is gaining, and 'America's Newest Network' might be moving away from being the 'truly unlimited' Sprint we knew just two years ago.  What do these plans have to offer, in comparison to the already-in-place ones of Verizon and AT&T?  Well, they offer unlimited talk and text (costing $25 per line on the plan) as well as tiered data buckets, at 1, 2 4, 6, and 10 GB for use across the entire plan.  The cost for these tiers is, in order, 20, 30, 40, 50, and 60 dollars.  Want some quick math and comparisons?  We have you covered right now.   For a family of four with Sprint who want the 10GB (to match AT&T for instance, which costs the family $160 for unlimited talk and text with 10 GB) would still pay the $160 (25 for four lines plus 60 for 10 GB of data), but you get Sprint's coverage instead of AT&T.  That is more of a network preference than a bargain.

Compared to Verizon, since many people are with Verizon and will do this comparison between CDMA carriers, who offers 10 GB of data for $100, and each smartphone line on the 'More Everything' plan costing $40, Sprint seems like the better deal.  For a family of four, all with smartphones (totaling $160 already), adding the 10 GB of data (costing $100), you get a whopping $260.  Best bargain: no.  Biggest network: yes.  Does that justify most people's/families' choice to have that plan: that completely varies.

But after seeing these numbers, that is what Sprint is aiming to do: become the lowest price and best value for that price.  Sprint becomes a worse deal that AT&T, with each Sprint line costing $25 compared to AT&T's $15, but the price-value for less than four members is better on Sprint with the same 10 GB of data as AT&T offers.  T-Mobile wasn't compared above because they have changed their plan structures to plan an entirely different game having the only data differences being amount of 4G allotted, rather than data at all.

Sprint hopes to have these tests prove that it is a great step forward, except for limited the unlimited, whose future is now completely up to the discretion of the company.  But in the mean time, the tests have locations/cities where they will be held.  In the cities of San Diego, Portland, and Las Vegas these new family (not Framily) plans are being tested, so if you live there, do some research and see if it might be a good choice to change to.