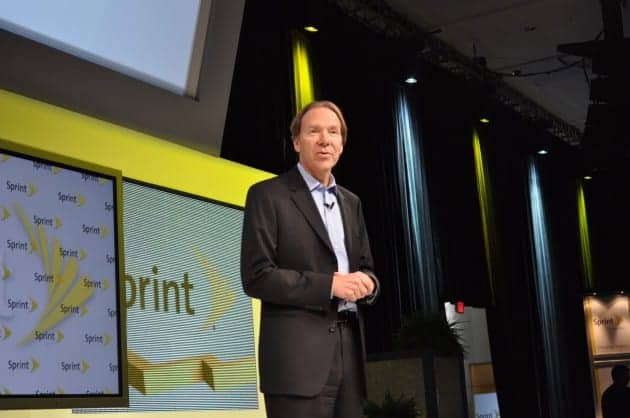 Sprint’s CEO, Dan Hesse is facing an attack by a proxy advisor firm called Institutional Shareholder Services (ISS). The attack is in regards to Hesse’s future pay package and past pay package that amounted to $49 million in 2013.

The claims that ISS has made included Hesse’s $18.7 million special equity award, which ISS claims was “entirely time-based, lacking connection to any performance criteria.” ISS also claims that there were no goals set by Sprint that would be the cause of Hesse’s $16.7 million equity grant. The claims made by ISS are timed to coincide with Sprint’s annual shareholder meeting which is slated to happen on August 6th. The breakdown of Hesse’s pay shows that from 2012 to 2013, Hesse saw a huge jump in his award package due to stock awards, compensation that comes from Sprint’s non-equity incentive plan and options awards. In total, Hesse has become the highest paid CEO in the mobile service carrier industry with a $49 million package.

While Sprint is only the number three carrier in the US, they feel that the leadership provided by Hesse is worth the money he makes-if not more. While Hesse has been leading the way for Sprint, the company has completed a $21.6 billion transaction with SoftBank. The transaction gave SoftBank 80 percent of Sprint as a whole. They’ve also, shutdown the Nextel iDEN network, bought Clearwire, and started launching their tri-band LTE Sprint Spark service. While all of that turned out to be good for the company, Hesse has also seen some negative events occur under his leadership.

One thing a carrier never wants to see is the loss of subscribers to their network. During the last few years, Sprint has seen a huge decrease of subscribers. Though this is said to be due to Sprint working on their Network Vision modernization program. Still, the loss of both postpaid and prepaid subscribers hurt the company. In fact, analysts suggest that in the second quarter of 2014, Sprint may have lost the largest number of subscribers to date. Though more on that will be revealed when Sprint releases their numbers sometime in the coming week. Still, even with these hard times for Sprint, Hesse is getting a hefty pay package from Sprint, and even signed a new 5 year employment contract.

Sprint has said in a SEC filing earlier that they “recognized the benefits of leadership continuity in light of the transformative SoftBank [deal]” continuing to say that they also considered “the ongoing execution of our network modernization plans.” when considering Hesse’s pay package. Hesse’s newest employment contract, signed in 2013 and good through July 31, 2018, gave Hesse a one time award of 1,733,102 restricted stock units and 1,733,102 stock options. In regards to why they gave Hesse such a hefty package, Sprint said they “were intended to enhance our ability to retain Mr. Hesse’s leadership for a minimum period of at least five years during which the company plans to undergo a transformative change.” Possibly a change involving a magenta company?

To put things in better perspective, Hesse’s pay equaled three times the median amount that other CEO’s in his field were making. T-Mobile’s CEO, John Legere made a total of $29.2 million in 2013, putting him in second place behind Hesse. AT&T’s CEO Randall Stephenson made $23.23 million in 2012, and Verizon’s CEO made $15.82 million in 2013. Odd how the number one carrier in the US has the lowest paid CEO. While Sprint’s CEO may seem like the focus of the attack from ISS, he isn’t. In fact, they’ve also set their sights on Ronald Fisher who is a Sprint board member.

According to ISS, Fisher isn’t to be considered an independent director. ISS claims that there is a conflict of interest in regards to Fisher since he is the president of SoftBank Holdings, and serves on the board of SoftBank. However, there is a saving factor, at least for Fisher since SoftBank owns 81 percent of voting shares in Sprint. In fact, Sprint acknowledged this factor in their response to ISS and their claims. However Sprint didn’t say anything in regards to Hesse. Sprint said, “In our view, Mr. Fisher is highly aligned with all investors in ensuring a management team that has the right incentives to deliver extraordinary value,” they continued to say, “In addition, it would be highly exceptional at a controlled company for the entity that controls the firm not to be involved in the setting of compensation for the most senior executives of the company.”