Description: Do you remember those games where you were put in charge of moving a paddle side-to-side to bounce a ball at bricks to destroy them? If you do, then Ringgz will be a game that will bring all the fun that game had, but with so so much more. If you never played an original Brick Breaker game, then even better, Ringgz could be your next addiction. Essentially a game where you need to keep a ball bouncing from brick-to-brick, Ringgz sounds a lot like Brick Breaker. However, you’re in charge of not a paddle, but the entire playing area, you can spin the rings of bricks around freely to effect where the ball lands and subsequently which bricks you hit. New bricks and rings of bricks will continuously appear as you play and with a time trial mode as well as an endless mode, Google Play Games support and tons of achievements, Ringgz is definitely something worth looking into.

How it Works: There’s no need for a floppy disk for this Brick Breaker game, all you need to do is download Ringgz from the Play Store and then get started, you can also sign into Google Play Games from the main menu if you like. 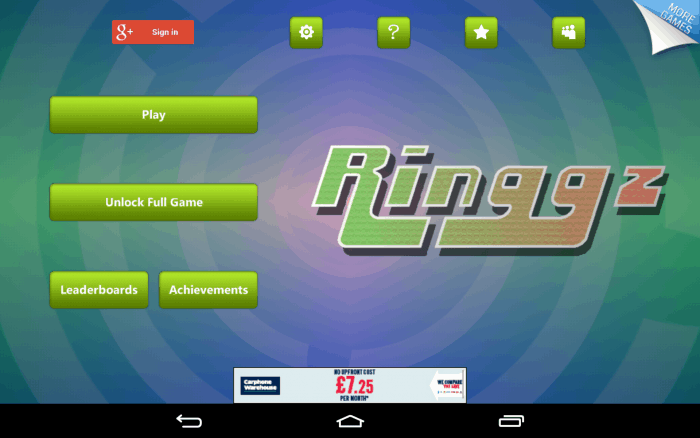 When you first start playing, all you need do is double-tap to launch one of your balls into the rings. 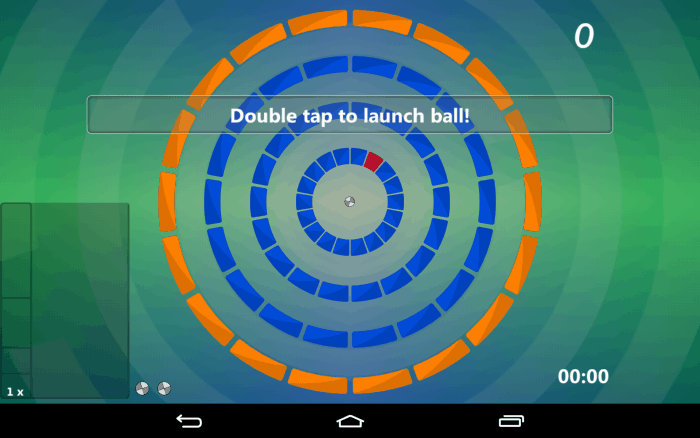 From there, the real fun begins, you can move your finger or thumb around the rings and move them as you would a steering wheel, this moves everything and thus effects where the ball is going to land. 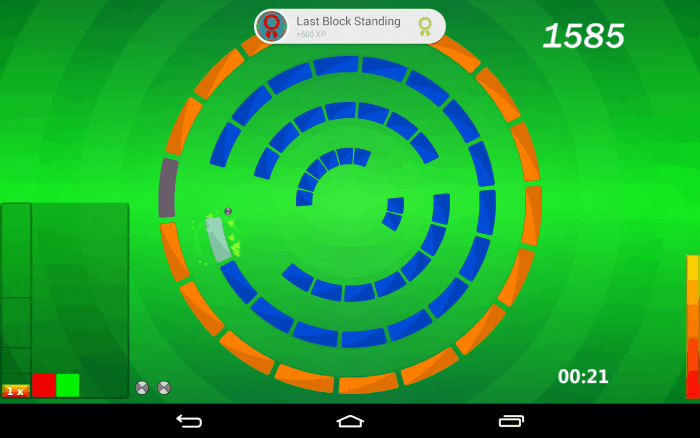 You’ll unlock achievements as you play, and while it seems all fun and games just sliding the wheel around, you need to watch the meter on the right-hand side of the screen. If that gets full, you won’t be able to move any more and you’ll be locked. Catching power-ups will also help add to your high score as well. 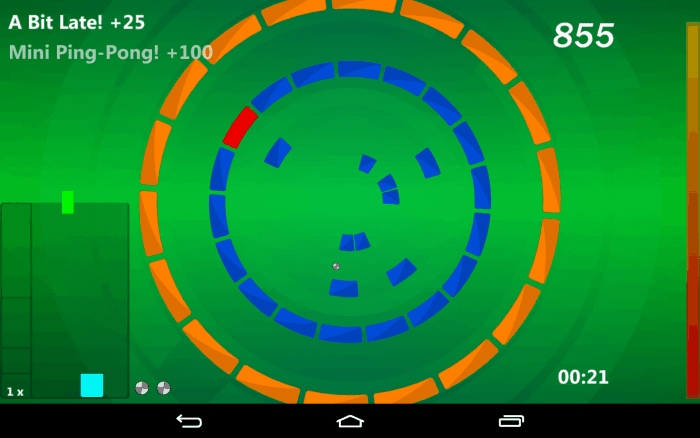 If you loose your ball by knocking it out of the play area, don’t worry as you can always launch another, but you do only get three of them. 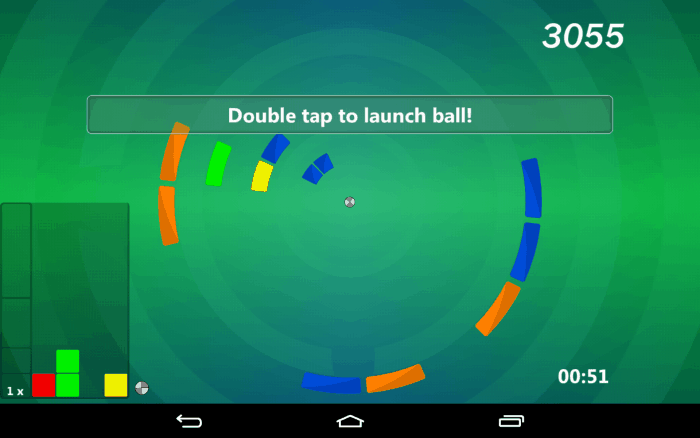 At the end of your rampage, you’re given a high-score, which beating is addictive enough. When you get the hang of things, you can improve your high-score by hitting the blocks that are laid out in the box to the corner. This will increase your score multiplier. 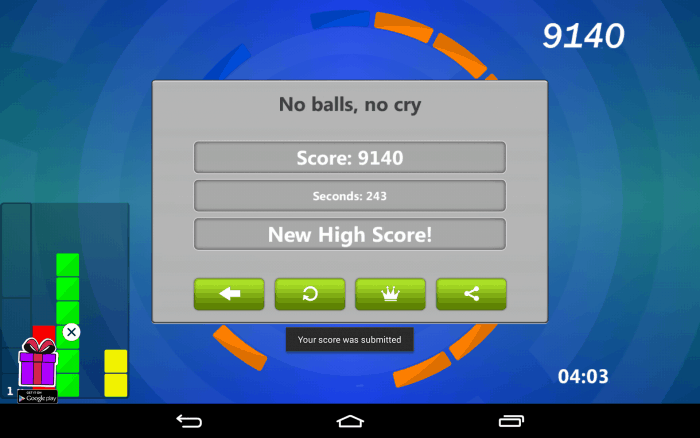 Opinion: Ringgz is just fun, a lot of fun. That’s what I kept thinking to myself when I ‘got’ the overall concept of the game. Being able to manipulate the game area like this is a pretty original idea and it really works to great effect. It adds a new tactic to a familiar game and it’s really satisfying when you get the ball slid in between two rings for maximum damage. Add the core gameplay together with the groovy tunes that are really quite catchy, and the psychedelic visuals and you’e got a fun game that’s also an audiovisual feast as well.

Conclusion: Ringgz is a whole lot of fun and honestly, I can’t find too much to complain about at all. The game does sort of throw you in at the deep end, but it’s not too difficult to get hold of and you’re only real enemy when playing Ringgz is yourself. Play too fast and you’ll ruin all your hard work, but play too slowly and you won’t get much of a score at all. The sounds are great here and it looks brilliant, if you like Ringgz then paying the small fee to unlock the endless and time trial modes is a great way to get the most out of it.