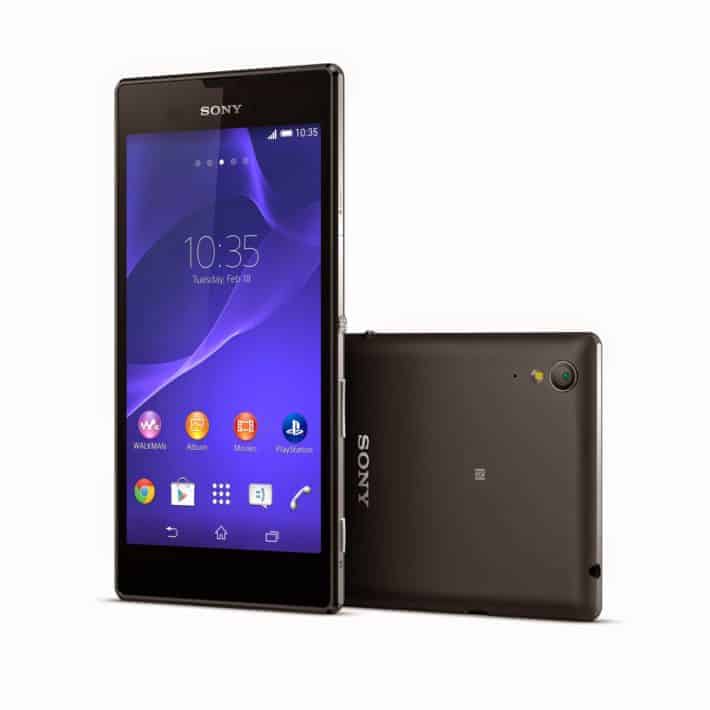 The Sony Xperia T3 is on its way to Canada according to a new Sony Press release – Bell, Virgin Mobile, SaskTel and Sony Stores will be selling the new device starting in August…no exact date, so it could be August 1.  Pricing promotions and colors will vary by your carrier, so if you are interested, you can check with them directly.  The Xperia T3 will be available from Sony in Black, White, or Purple and the unlocked version can be purchased in Canada from the Sony Stores. Tim Hernquist, VP of Marketing North America, Sony Mobile Communications said, "The Xperia T3 is a striking yet affordable device built for those who have an eye for distinctive designs and appreciate standing out from the crowd.  Refined with Sony's powerful digital imaging expertise and a stunning HD display, the Xperia T3 has everything you need in a smartphone and is loaded with Xperia camera apps that allows customers to get more out of their photos and videos."

The Sony Xperia T3 is a sweet looking smartphone, keeping in step with the recent Sony look.  It is crafted with a stainless steel frame and is only 7mm thick – talk about ultra-slim and stylish…yet this is hardly a flagship phone and the pricing should be reasonable.  It comes with a 5.3-inch HD TRILUMINOS display with a 1280 x 720 resolution.  It is running a Qualcomm Snapdragon quad-core processor clocked at 1.4GHz with 1GB of RAM and 8GB of internal memory, however, you can add an additional 32GB via the microSD card slot.  The Xperia T3 comes with an 8MP main camera with autofocus, Image Stabilizer and an LED flash, as well as a 1.1MP front-facing camera (ffc) for video chatting and selfies.  A 2,500mAh battery powers the smartphone and it will come with Android 4.4 KitKat out of the box.  It is 150.7 x 77 x 7mm and weighs in at 148 grams.

Sony really prides themselves on their cameras, so even though this is only 8MP, its specs suggest some deceit photo taking is in store…it features Sony's Exmor RS, HDR and SteadyShot.  Sony is also including built-in camera Apps, such as AR Effect, Timeshift Burst, Creative Effects, and Portrait Retouch. As an added bonus, with the purchase of a Sony Xperia T3, customers will have a free trial of Music Unlimited services with access to "millions" of songs while traveling, working out, or commuting to work – it does not say how long the free trial will last you though.  Check out the Sony Xperia T3 at their website for more details about the device and please hook up with us on our Google+ Page and let us know if you will be looking to pick up this device…as always, we would love to hear from you,