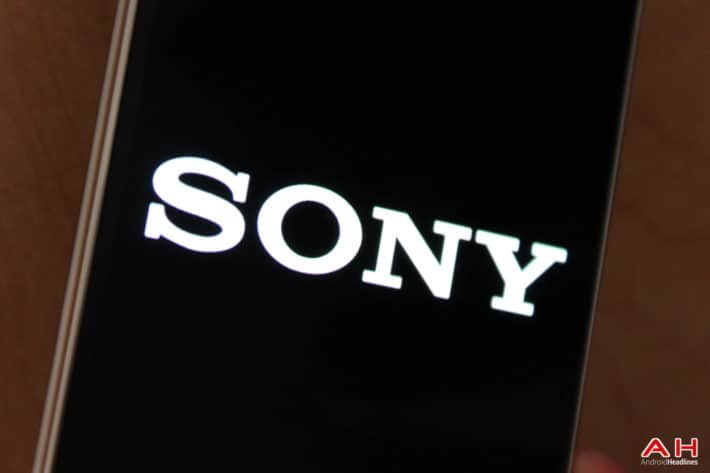 Sony is an interesting company, releasing very few phones each year, but with each one being hugely adored by the Android community for the design and classiness of the device as well as the features that are spotlighted on each new flagship device.  Sony's Xperia Z2 and Z2 Compact, released earlier this year, are still evading American markets, but Sony has promised that that will change within the next year.  But market targeting is not the focus today.  Today, we got a look at what is allegedly a picture of a screen telling us about the Xperia Z3 and its Compact compatriot, as well as a contest which supposedly gives away not only prizes but also the likely release timeframe of the Z3 and Z3 Compact.

The picture is not a screenshot, which you might read about elsewhere, since you can see the lines across the screen as it refreshes (and you can see them because the capturing device didn't have the same frequency).  Next, we know that it is all in German, and that is likely important because the supposed release of the Z3 pair will follow IFA in Berlin's announcement of the devices.  The photo is a contest by Vodafone, which mentions travelling to New York for Black Friday (the Friday that is directly after Thanksgiving in the United States).

The full text of the photo is as follows:

All Vodafone stores automatically take part in the sales competition.

There is a separate rating per Vodafone-Netherlands.  The ranking is determined by the accumulated points.

Just in case you don't read or understand German at all, that's what the picture reads.  So what does that mean for us, globally speaking?  It means that Vodafone is either holding or part of a contest that includes getting points by selling devices, as listed above, for points, with the winning store (?) getting to go on a trip to New York for Black Friday Shopping.  The prize is odd, and we don't yet know if this is a legitimate/real contest or thing as of now, but if it is legitimate, we will likely hear more about it as IFA Berlin approaches.

Sony may have just given us the biggest tip on what the Z3 and Z3 Compact's release day will happen before.  Stay tuned for the latest updates and developments of the Z3 and Vodafone contest. 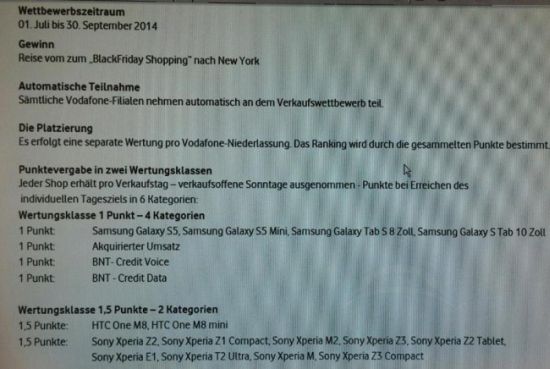