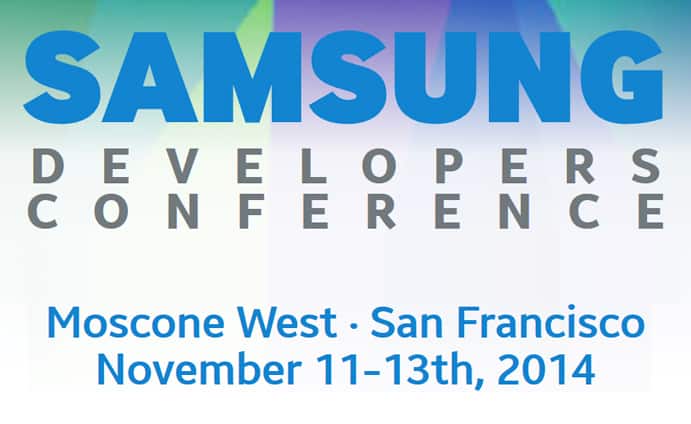 They haven’t given us any details about what they will be announcing, but we’re guessing a lot of it will be about their wearables, S Health, and probably an update to the Samsung Mobile SDK. The company is trying hard to court devs and show them why they should be building for the Samsung platform. They announced their Samsung Mobile SDK last October at the first conference, as well as the KNOX Enterprise SDK. It seems that there are enough developers on board to make it worthwhile to have another conference this year. That or Samsung is just plowing ahead with this initiative. They certainly have enough money to throw at it.

The Samsung Developer Conference last year was made into a pretty big deal. Samsung brought in Damon Wayans, big corporations like Cisco were present, and there were a bunch of other vendors there too. Samsung held panels to discuss things like the future of mobile health, and really pushed their platform as a viable option alongside Google, Apple, and Microsoft. I can’t say I agree with them, but at least they’re trying. In the end, more options are better than less options right?

Registration for the 2014 Samsung Developer Conference will be opening up later this year, but you can sign up now to be notified about upcoming conference news. We assume that Samsung will also send out an update through email once registration opens up. What do you think? Are you a developer that’s interested in Samsung’s platform? Do you care about Samsung Developer Conference?