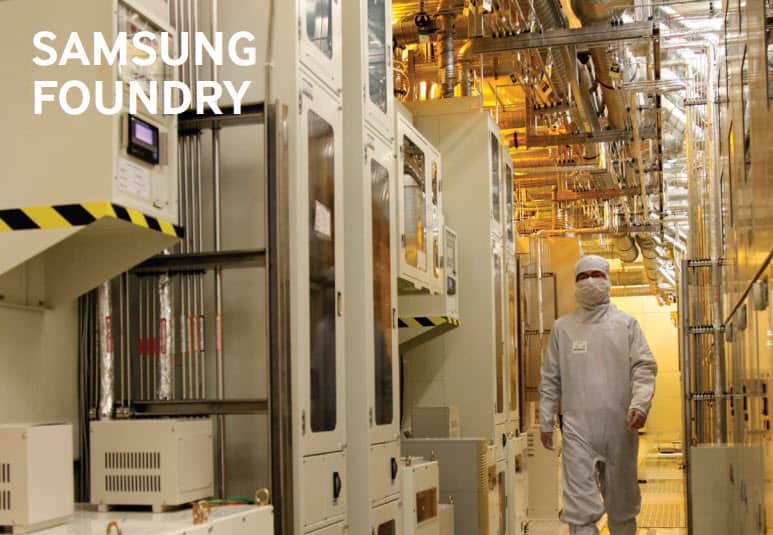 The world of business certainly produces strange bedfellows – generally out of necessity – look at Samsung and Apple, at one time Samsung was supplying Apple with many of its iPhone and iPad innards, such as displays, processors and memory.  While Apple is trying to distance itself from Samsung, Apple is finding out – as the old song says – 'breaking up is hard to do.'  Such is the situation with Qualcomm – known to dominate the mobile application processors market last year with 52.4-percent in terms of sales, with Samsung following with only 8-percent – Qualcomm does not own any manufacturing facilities of their own!

How can this be, you may ask – Qualcomm does the designing and engineering and then sources out the actual manufacturing of their designs to other companies, such as Samsung or Taiwan Semiconductor Manufacturing Company (TSMC), the world's largest dedicated independent semiconductor foundry.  Qualcomm is interested in Samsung's new 14-nanometer FinFit process technology, "which uses a three-dimensional process to enable a more efficient power usage than the traditional planar process."  Samsung manufacturers under their own name as well as others and up until now, Samsung dominated the semiconductor market with 37.2-percent of the world's Dynamic Random Access Memory (DRAM) chips and 37.4-percent of NAND flash sectors for the first quarter 2014; however, they have never really had a great mobile application processor – hurting their earnings potential.

While Samsung would not disclose the timeframe due to contractual obligations, we know that Qualcomm's new Snapdragon 805 processor uses a chip based on a 28nm process and their upcoming Snapdragon 808 and 810, slated for release later this year, will be using a 20nm processor.  This tells us that the Samsung-Qualcomm partnership must be scheduled for some time in 2015.

The mobile application processor is the real 'brains' of the smartphone – much like the Central processing Unit (CPU) found in your PC or notebook.  Gaining nanometers is very important to the speed and performance of the processor – 14nm is tremendously fast, and Qualcomm would love to use that technology in an upcoming chip design.  I cannot wait to see what 2015 will bring to the mobile world.