The biggest feat for any large tech company is falling behind and becoming just another smartphone maker. We have watched many companies become just another small part as Samsung and Apple duke it out over the best smartphone. Samsung on the other hand does not want to fall victim to another company that provides the evolutionary standards that people are looking for when a new device enters the market. Over the years that Samsung has been using Android, they have thrown all sorts of UI’s and features on top of the Google platform to make their products stand out. The company has even gone ahead to make its very own operating system called Tizen so they can step away from Android and build their own ecosystem.

According to a new report by Business Insider, the electronic giant is building an army to battle their foes. The army is indeed a large amount of employees, as the company is “hiring like crazy” to fill up a new R&D center that is currently under construction. Verizon has invested $300 Million in this 1.1 million square foot facility. The facility is located in Silicon Valley, where many other tech start-ups can be found along with Google and Apple. According to Senior Vice President of Samsung’s Memory Systems Application Lab, Bob Brennan states “Samsung strategically determined the best pool of talent in the U.S would be in the Bay Area.” He also added “We found that investment in Silicon Valley brought back some unique value to the business.”

Samsungs new R&D center is the latest edition to the 10 other R&D centers located in the US. With new competition coming from smaller companies, Samsung is desperately finding new technologies to keep the company moving forward. According to the Korea Herald, “Despite the heavy spending, the Seoul-based company still ranks third among the world’s most innovative companies, following Apple and Google, according to the same report. Market analysts said this reflects the firm’s inefficient spending and failure to shed the copycat image that has dogged it ever since the first Galaxy model entered the market.” Now it is a little too early to determine the fate of Samsung. With their new R&D center under construction and their application box filling up with new applicants, Samsung may very well indeed prove to the world why they are known as the Electronic Giant. 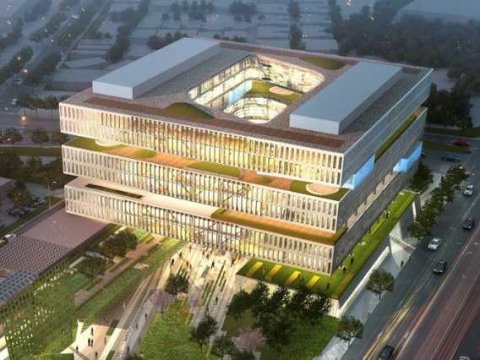