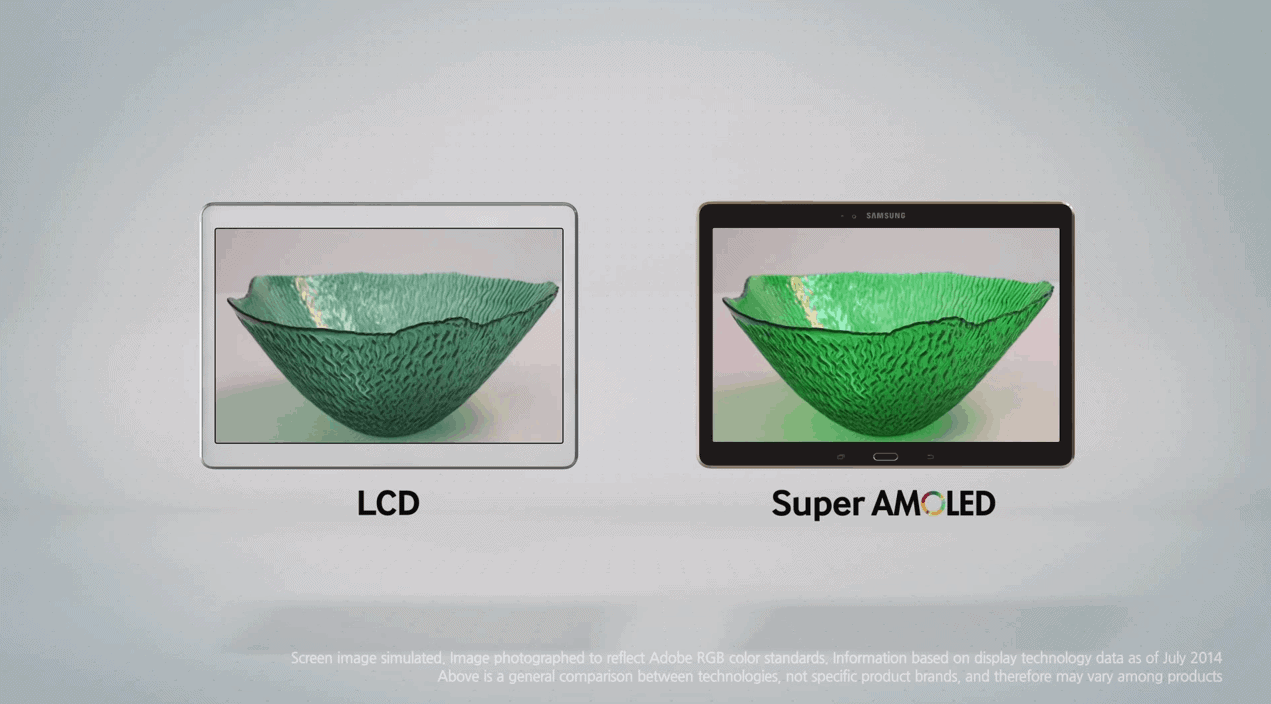 It's no shock that Samsung is quite proud of their Super AMOLED panels. I mean they put them in as many of their devices as they can. And prior to the Galaxy Tab S tablets that were announced a few months ago, Samsung was using LCD displays on their tablets. Why? Well simply because they weren't ready, and they weren't cost effective. Now the Galaxy Tab S does have a Super AMOLED display – which I have one in hand and it does look amazing. Samsung's new ads for the Galaxy Tab S are highlighting the differences between the Super AMOLED panels and the LCD panels. Which a lot of people that use Samsung devices are going to say that they love the Super AMOLED displays, but me  being someone who hasn't had a Samsung device as a daily driver in a few years, won't say that. However, they are good panels, especially their newer ones.

Lately, Samsung has been dropping a bunch of ads for their Galaxy Tab S. So it's quite clear that this is what they are pushing now. In fact, Samsung even said at their "Tab into Color" event in May that this is their new flagship Tablet. And not the Galaxy TabPRO and NotePRO tablets they announced at CES 2014. The two ads are shown down below, Samsung talks about how the Super AMOLED display is less reflective in sunlight, and adapts to your conditions so it doesn't blind you at night when you're using the tablet. Which is obviously a good thing as well.

The Galaxy Tab S comes in 8.4 and 10.5-inch models and are $399 and $499 respectively. They do also have top of the line specs including 3GB of RAM, Exynos 5 Octa in the WiFi version and Qualcomm Snapdragon 801 in the LTE version, as well as a 4900mAh and 9000mAh battery in there, again respectively. How many of you have already picked up a Galaxy Tab S?