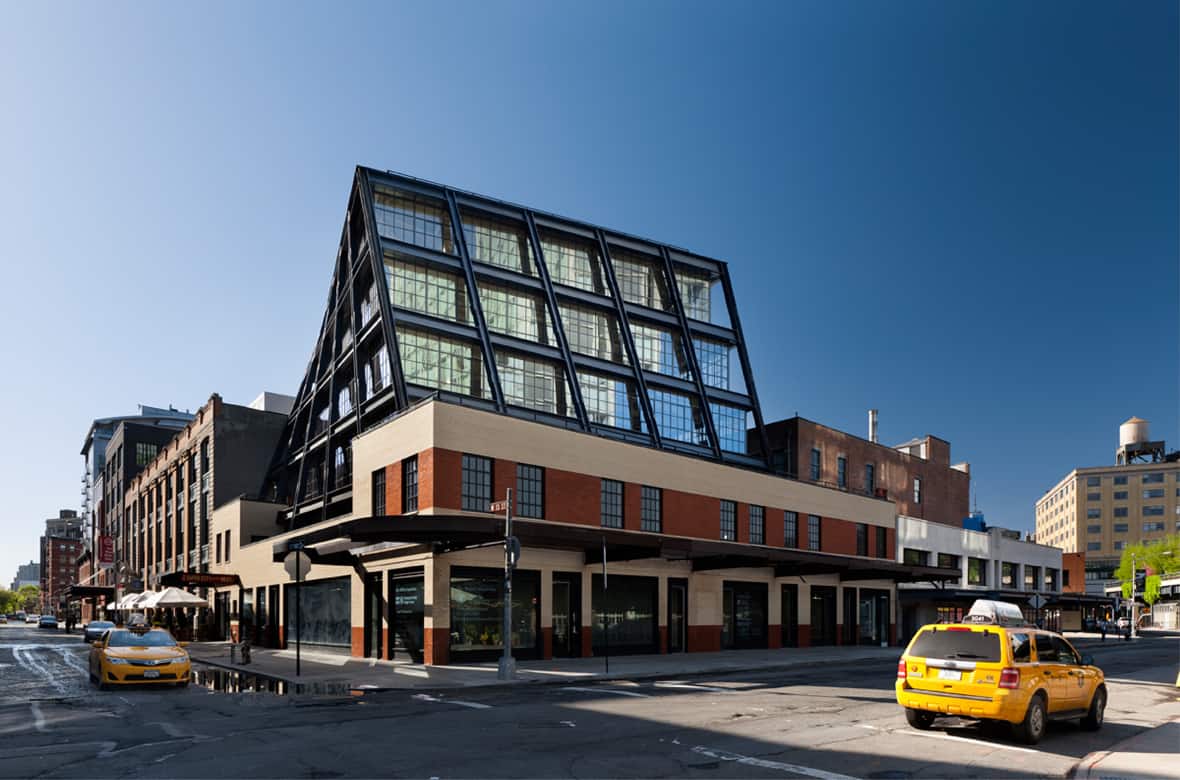 New York's Meatpacking District can name-check tech companies such as Google and Apple amongst others that reside within its boundaries, and after an apparent bidding war over office space, Samsung can now be included. After apparently warding off rival bids from Facebook, Google and even Ferrari, Samsung Electronics (North America) emerged victorious in the battle to occupy all six floors of 837 Washington in Manhattan.

As you can see from the pictures, this isn't some mundane run-of-the-mill office block, there's a 4 storey twisted glass and steel frame that sits above a more traditional industrial 2 storey base with around 55,000 square feet of space. This sort of office rental doesn't come cheap, with the ground floor allegedly running to $500 per square foot, and the floors over $120 per square foot. You can see more in the gallery and this promotional video.

Samsung have said the new location will help the Korean company to not only attract and develop, but also to retain some of the best talent that New York has to offer. With this in mind, 837 Washington will house a "marketing center of excellence that will focus on digital, creative and social media programs' as well as bringing Samsung closer to some of its important customers and stakeholders.

As well as being situated nearby rivals such as Google and Apple, there's a whole ecosystem of businesses ranging from high end fashion designers such as Alexander McQueen and Diane von Furstenburg to internationally renowned hoteliers such as Andre Balaza's Standard Hotel, that's not to mention the various restaurants and retail outlets that are present in the district. A Whitney Museum will also open in Spring 2015, further enhancing the Meatpacking District's reputation. There's a map in the gallery below that shows just how popular the district is becoming.

While the 837 Washington premises are tiny when compared to Samsung's new 1.1 million square foot campus that is being constructed in Silicon Valley, San Jose, it's another presence that illustrates how seriously Samsung views both the U.S. market and its wealth of innovative expertise. It's an odd looking building, but it's off-kilter design is certainly one to be admired, and the design appears to afford lots of light and space with some serious good views to provide inspiration to the workforce within. At least, that's what Samsung will be hoping.