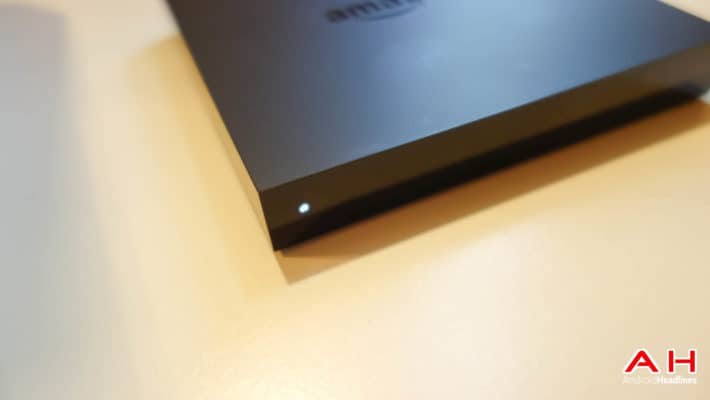 The Amazon Fire TV was by no means a groundbreaking new product, as similar devices from other companies had existed for some time. It was Amazon's first product in that area though and it offers up a great experience to those looking for something that allows them to easily stream content to the big screen. Even better for those that are subscribers of Amazon's Prime Instant Video service as watching movies and tv shows couldn't really get any easier. Now that the Fire TV has been out for at least a few months how is it faring against the competition? It's certainly holding its own, and sales of the Fire TV are actually better than what Amazon was anticipating according to the Amazon.

Amazon won't be sharing with anyone the exact number of what the sales of Fire TV units are but they are more than eager to share with the public that the ambitious smart TV box is doing well and better than they were expecting. And why wouldn't they want to share that, it sounds very positive while at the same time avoids the possibility of sounding like an arrogant company since they weren't expecting it to do so well. Admittedly, the Fire TV is very cool so we're not really surprised that people like it. Apparently though people like it so much that Amazon is finding it hard to keep up with demand, a factor that is causing the online retailer to prepare for scaling up production so that it can effectively meet those demands.

For all that the box is offering, which consists of streaming movies, tv, music, and games, and wealth of content in each and every category, not to mention the voice activated capabilities that it has making using the device as simple as possible as proven by Gary Busey, it's actually a pretty good deal, even if you buy the extra $40 controller that one would use to play games. You also have to consider the crazy amounts of deals they've been throwing out to buyers of the Fire TV since launch, which has included a free game for buying the accompanying controller, and loads of Amazon coins for buying the controller as well as a separate pot of Amazon coins just for buying the Fire TV itself within a certain time period. Those coins can be used to purchase content that you would be using through the Fire TV, so essentially you're getting lots of content at no cost. Those weren't bad deals and were likely hard for people to pass up. Will demand continue to stay as high as it's been though once Google launches their Android TV in the future?