While the Xperia Z2 still hasn't made its way to any carriers here in the U.S., it appears that Sony may have other plans for the upcoming flagship successor to the Z2, the Sony Xperia Z3. According to the latest leaks and rumors, T-Mobile will be carrying this device which is somewhat shocking considering the nature of their current flagship's carrier availability. T-mobile has carried Sony flagship devices in the past though so it isn't like this is a new partner for the Japanese OEM, even if the Z1 and the Z1s hit T-Mobile's lineup a good time after they launched. With the Z3 however, it sounds like T-Mobile may be all set up to launch the device on the carrier as soon as Sony announces the phone's existence or soon after, which would be a first among the Sony Xperia devices they have had so far.

Rumors are speculating that we may see this device show up from Sony at IFA come September, and when it comes to specs we might see some of the same hardware as we have seen in this year's model Xperia Z2, like the 3GB of RAM, and a 20.7MP camera. While the camera and the RAM could end up being the same they will still likely be newer hardware even if they're the same specifications. It's also rumored that the Xperia Z3 will have a Qualcomm chip on the inside, in the form of a Snapdragon 801 CPU to power the device.

Sony may also be changing things with the outer design of the Xperia Z3, which if proven to be true would likely make plenty of customers happy. One of the biggest complaints from users about certain OEM's is that they don't really change the design of their devices, and that things always look the same. If we see the Xperia Z3 with a new body design, it's a wonder whether Sony would have made this decision based off of feedback from customers or simply because they wanted to take the design in a new direction. The image below is a rumored leak of the Z3 from the side, and if it is the Z3 it does look somewhat different than the last two flagship models. IFA is only about a month and half out and if we indeed see the Xperia Z3 make an official appearance there, we could hear more about T-Mobile's supposed pick up. 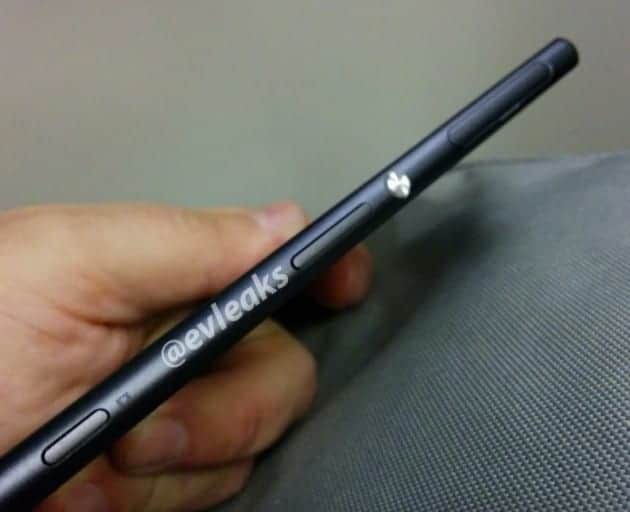