Google’s plan for future Nexus devices this year have been widely speculated as a probable discontinuation, although in the last month or two some steam has been picking up about the next Nexus tablet which is said to be manufactured by HTC and powered by an Nvidia processor. There has also been talk in the last few days(including today’s supposed confirmation)of the next Nexus handset which is to be made by Motorola. We have yet to officially see what the HTC Nexus slate would actually look like but this image posted up to Google’s “Think with Google” website could have been a leak of the tablet in question. We have seen reference tablets get used before so we can’t rule out the fact that Google could just be using what looks to be a tablet in this image as a possible stand in for what’s to come later this year.

If this is indeed an advertisement image of the HTC tablet however, the shape of it(more so the width)seems to somewhat line up with what we’ve learned of the possible screen size which has been rumored to be a 9-inch display, which would definitely give the tablet here in this picture a wider look than what we’re used to seeing from the past two Nexus tablets. Likely one of the most exciting things about the upcoming tablet is the possibility of the aluminum body, something HTC is famous for on their last two flagship smartphones from this year and last. For me personally it’s the possible inclusion of a Tegra K1 processor which would give this thing some near unrivaled computing power under the hood, and ultimately some great performance for some of the best games.

We still have some time to go before a supposed Nexus 7 2013 successor is to be unveiled, at least judging by the lack of official details. To be completely honest though if we go by the last two Nexus tablet releases, we would have seen something by now so it makes us wonder why Google may have decided to push back a potential launch or at least an announcement, given the 2012 Nexus tablet was announced in June and released the next month in mid July, while the Nexus 7 from last year was released at the end of July just a couple of days from now. What do you make of this image? Do you think someone fumbled and put up an image they weren’t supposed to use or is this merely a reference stand in only to be swapped out later on after an official unveiling?

Update: It appears that the image posted here below is just an stock image that was obtained through shuttershock, so although it was exciting for a brief hour as we had believed that Google may have posted up a picture of the HTC Nexus tablet to be, that is not the case. And life goes on. 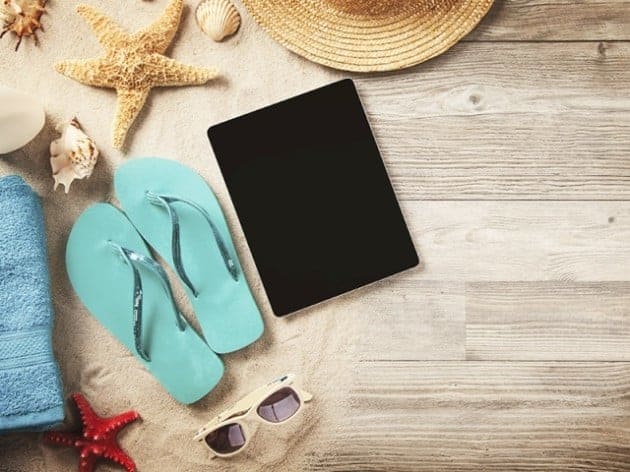