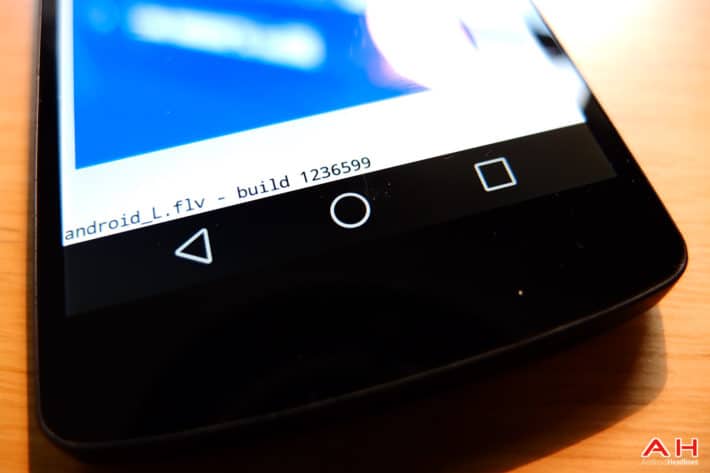 Little bits and pieces of the Android L software have been seeping out for use and install on other devices since the preview was made available to users. One of those things is the new Roboto font that is used within Android L, which all devices using L when it is officially released later in the fall can expect to have. There will be plenty of devices that won't get the L update right away though and may want to use the revised Roboto font without the wait for the update. There will even be some devices that won't get the official L update at all, and this method of installing the newly revised Roboto font is for those users as well.

First, your device needs to be rooted for these methods. If your device is not rooted then you won't be able to install the revised Roboto font from Android L using these steps, because they require flashing files through a custom recovery or using an app that needs root access to function. Before flashing anything it is always a good idea to make sure that you have done the necessary backups just to be safe. There are numerous ways you can back up your data on a rooted device, using nandroid, and of course backing up any data like media or app data as well with apps like titanium backup or helium. You can use your custom recovery to make a solid backup of your system image, and once that's done you'll be ready to flash the files needed.

We'll go over the easier method first, using the root required app to install the Android L Fonts. There is more than one app that can get this job done, I personally use Fontster, but you can also use something called iFont. Once you have either of those installed you'll need to download the Android L fonts that you want on your device, so you can use the app to apply them. Fontster and iFont both only work with a selection of devices and don't have compatibility with all android devices, so make sure to check the app page to see if your device is compatible. The other option is to flash the ZIP file through custom recovery, which any rooted android device with a custom recovery like ClockworkMod can do.