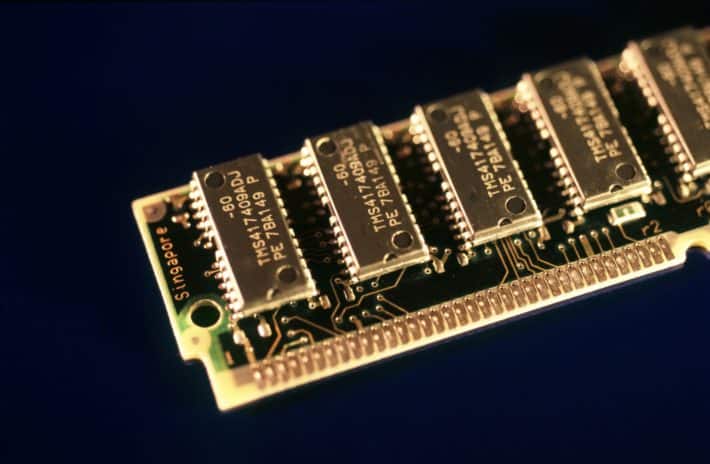 These days, it seems that 3GB of RAM in a smartphone or tablet is a pretty big deal, which it is, but more and more devices are shipping with this ‘holy grail’ figure. Last year’s Galaxy Note 3 was one of the first mainstream devices to feature such a large amount of memory and since then, Sony and LG have both shipped smartphones with 3GB of memory. While this amount memory is often overkill for the vast majority of users, it does ensure that Android runs smoothly and has room to grow. In the future though, 3GB of RAM in smartphones could become mere child’s play. The same goes for desktop use as well, as researchers have discovered a new process that could produce 1TB of memory at the size of a postage stamp.

Researchers at the Rice University have been working on a new type of Resistive RAM that can store massive amounts of data. Resistive RAM has been developed in other projects before and differs from regular flash storage (which uses charge held in transitors to store data) by using resistance to store data. James Tour, a Professor of Materials Science, led the work at Rice University and this new breakthrough has been made at a material level, using a familiar material; silicon dioxide.

How these capacious chips are created starts with a layer of silicon dioxide, with tiny holes throughout, each 5 nanometers wide. Then, two layers of thin metal (which act as electrodes) are applied and a charge is passed through the material, this causes the metal to migrate into the holes within the silicon dioxide. Then, a second charge is put through the material to form cracks in the metal formed within the holes, causing the silicon dioxide and metal  to mix. Bits of data are then stored within this material by changing the pulse of electricity passed through it. As this is another form of RRAM, it will retain this information until another charge is passed through it.

This sort of design is perfect for smartphones and tablets, that have a focus on battery life. Researchers behind the project have said that their new type of RRAM requires much less power than other forms of memory and could even be used as a form of storage in future devices. Right now though, there’s a more mundane application for this new type of RRAM, a startup called Crossbar will be using the process in chips later this year. However, they won’t be heading to your next phone just yet, as they’ll be used in dashboards and home appliances at first. Still, a new way of creating flash storage like this holds exciting things for the future of both smartphone storage and how much RAM our devices will carry.