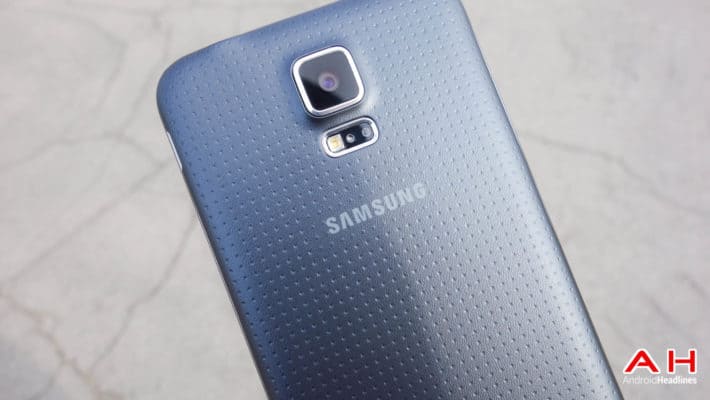 When it comes to advertising, not many companies do it better than Samsung, especially when they are bashing or going after Apple's iPhone – there have been a few good ones out recently.  However, Samsung also knows how to be serious when it comes to getting an important point across to their consumers, and this is such an advertisement – Samsung is trying to protect the criticism of its camera in the Galaxy S5.  They do this by shooting an entire video onsite in Trieste, Italy featuring HDR Video and FHD 1080p footage shot entirely on the Samsung GALAXY S5.  Then Samsung has to go and "spoil it all" by listing in the fine print at the end, "Certain images and videos may be enhanced."

Critics and tech bloggers alike, were ready to pounce on the new Galaxy S5 before they even had one in their hands to try one- it had been found guilty before it even set 'foot' into the courtroom.  It looked too much like the last device – funny, the HTC M8 looked pretty much like the M7 it replaced, yet it was hailed a triumph.  Samsung changed the shiny plastic backing to a better grip surface and it was immediately called it a "Band Aid," even though it fixed the shiny plastic complaint.  It ONLY had a Full HD display, not the QHD everybody was hoping for…only the new LG G3 has the QHD, yet nobody complained about the other manufacturers, only Samsung, even though a top research and testing facility called it "the best display they had ever tested."  For years critics have complained that Samsung doesn't have a metal backplate, yet the LG G3 is plastic, but only a 'metallic' look and that is not only okay, but wonderful – especially now that we are finding out that metal can affect the signal, dent or scratch easily and permanently…and if you are going to add a case, what is the point?

It always seems that Samsung is held to a higher standard than other manufacturers, or maybe they are just hated by so many users – whatever the reason, I guess Samsung will continue with their ad blitz to try and convince others that they make a pretty decent product.  This defense is of its Galaxy S5 camera, and even I am upset with them for not having OIS, a faster shutter and faster software.  You can get a GREAT picture from the Galaxy S5, but you have to hold your hand steady.  Why not have a better auto focus, like LG or a dual flash like MANY other manufacturers…if you do not want as much criticism, then sometimes you have to go a little above and beyond. Enjoy the video below – it is pretty awesome…and then hook up with use on our Google+ Page and let us know if you think Samsung deserves ALL or SOME of the criticism that it receives…as always, we would love to hear from you.