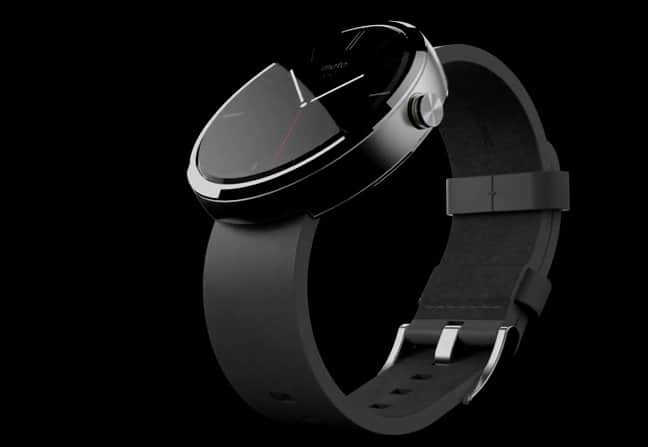 Google’s upcoming OS platform for wearable devices – Android Wear – will be coming into the hands of users thanks to OEMs LG, Samsung and Motorola. The three manufacturers have lined up their own wearable devices – LG has the G Watch, Samsung is offering up the Gear Live, while Motorola has announced the Moto 360. A lot of news and information pertaining to the LG G Watch and Samsung’s Gear Live have come to us, however the Moto 360 smartwatch is still shrouded in mystery.

In terms of looks alone, the Moto 360 seems to trump both the G Watch and the Gear Live. The device has a premium look to it, with the high standard of build quality reflecting in the devices’ look. Motorola has been smart enough to stick to the classic round watch-face look for the Moto 360, which sets it leagues apart from the current competition. Where the G Watch and the Gear Live appear to be hardware running Android Wear, the Moto 360 appears to be a premium fashion item. However, does this premium build quality and design philosophy justify the price tag that has been revealed by a Chinese website? Chinese website JD.com has listed the Motorola Moto 360 for an asking price of CNY 2800 (~$451), however the same website has listed the Samsung Gear Live and LG G Watch for CNY 1500. Another interesting fact is that during the watch face contest, Motorola had stated the Moto 360 to be priced at $249, however this price point was later redacted.

It is an undeniable fact that the Moto 360 has been garnering a lot of interest, as such it could be possible that the Chinese retailer is simply wanting to cash in on this. However, if the pricing information is accurate, then there is cause for concern. The LG G watch and the Gear Live are good devices per se, however the Moto 360 would definitely lose out on some good business, not to mention it becoming unaffordable for most of us. All in all we would still advise you to take this price point with a pinch of salt, as the only official confirmation will come directly from the proverbial horses’ mouth – Motorola – sometime soon. We would like to hear your views on this. Do write to us in the comments below.