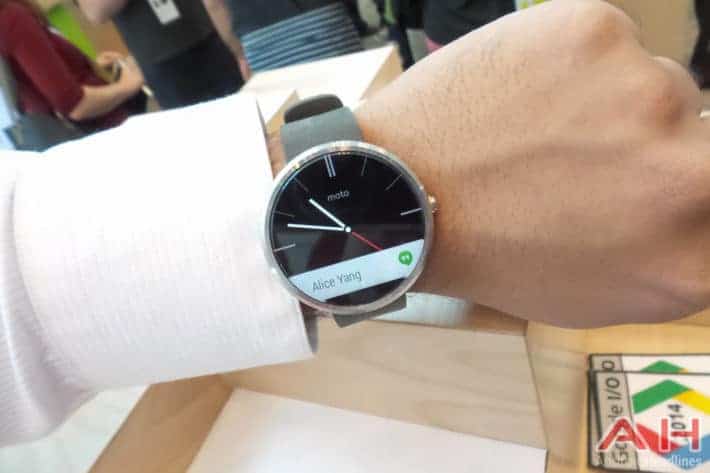 For all of the great features that Android Wear is bringing to the world of smartwatches, or will bring once they have had a little bit more life and offer more to the consumer, there are still some areas where the current devices are lacking. More easy access to certain features of the device is one thing, but an issue that seems to be more noticeable to some users is the difficulty that they can sometimes have when trying to view the display of both the LG G Watch and the Samsung Gear Live while out in the sunlight. This can partially be rectified by turning up the screen brightness, an act we're not too unfamiliar with as many of us may actually have to do this with our smartphones currently.

Unlike our smartphones and tablets though, nether of the current Android Wear smartwatches carry an ambient light sensor on the device which would allow users to have the display brightness change on its own automatically. It's actually kind of surprising that this wasn't something that was thought of in the first place, luckily though to anyone who still hasn't purchased and Android Wear device and is considering it, waiting for the Moto 360 may actually pay off as it has been confirmed to carry an ambient light sensor on board within the display.

This will make it so that the screen can change brightness based on need so the user doesn't have to initiate it themselves by navigating to that part of the settings menus. When you're inside, the watch brightness can adjust to a lower setting accordingly to accommodate not needing that much backlight, then when transitioning to outside where the sun might be shining the sensors will be able to pick that up and change the brightness to a higher setting to hopefully make things easier to see. As the Moto 360 isn't available yet we still don't know exactly how easy it might be to see the display clearly when glare from the sun or other light sources might be present, but having the ambient light sensors built in for the Moto 360 to handle the task of brightness manipulation is certainly something we would have liked to see in both other watches as well.