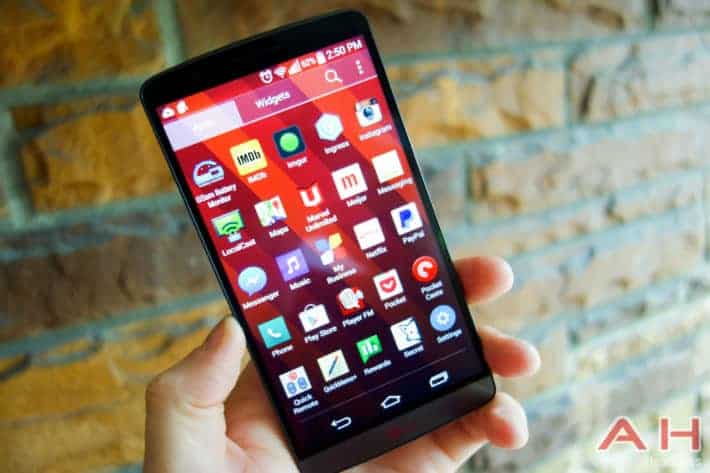 More than a billion of us own a smartphone, and we use them for almost anything you can think of. From the more mundane purpose of texting and making phone calls to watching videos, playing games, keeping up with our social media needs or even controlling drones, it often seems like the smart phone is never out of our hands. Over time we accumulate a veritable library of apps, many of which we haven’t used in years. So the question is, how many apps do we actually use and how long are we using them for?

While its surprising that the 18-24 group weren’t the highest in terms of apps used, they make up for it by spending the most amount of time actually using the apps on their devices, coming in with just over 37 hours of usage per month. The time spent using the apps declines with each older age group, which is quite understandable considering that the older you get, the more responsibilities you take on, leaving less spare time. The 45-54 group sees a drop to 25.8 hours, with the 55+ group managing just 22 hours a month using their smartphone apps. The 25-34 and 35-44 groups still managed to hit 33-35 hours of usage.

As expected, search and social networking applications are the most frequently used, with usage levels increasing year-on-year. Back in Q4 2012, we were spending around eight and a half hours using the search and social media apps. Q4 2013 saw this rise to 10 hours and 56 minutes, a 31% increase. The entertainment category saw the second largest increase in usage, going from 6 hours and eleven minutes to 10 hours and 34 minutes of monthly use.

Smartphone cameras have seen massive improvements over the past couple of years, with everyone taking more pictures than ever before, so it should come as no surprise that the photography category was the recipient of the largest increase in time used, rising from 26 minutes per month in Q4 2012 to just over an hours usage in Q4 2013. A massive increase of 131%. All in all, we are used our smartphone apps 31% more in Q4 2013 than the same period during the previous year. Nielsen compiled this data from over 5000 18+ panelists who installed Nielsen’s Mobile Netview 3.0  software on both Android and iOS handsets.

So how many apps do you use each month? and how long for? Let us know in the comments or at our Google Plus page. 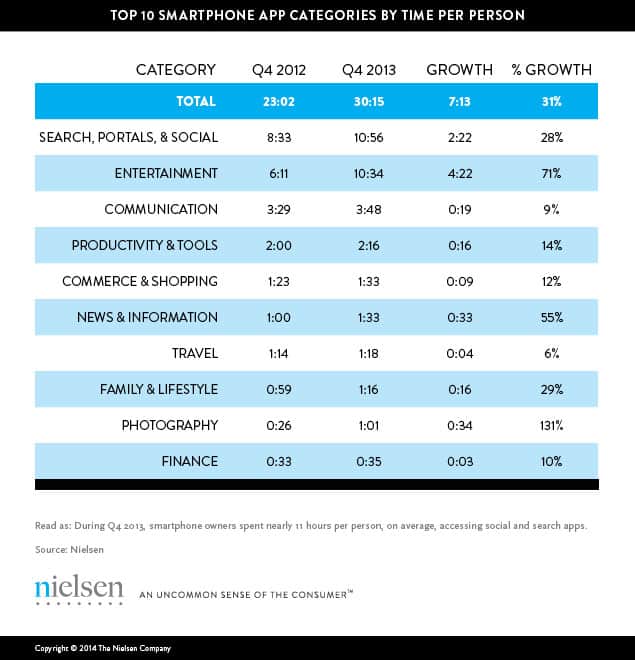 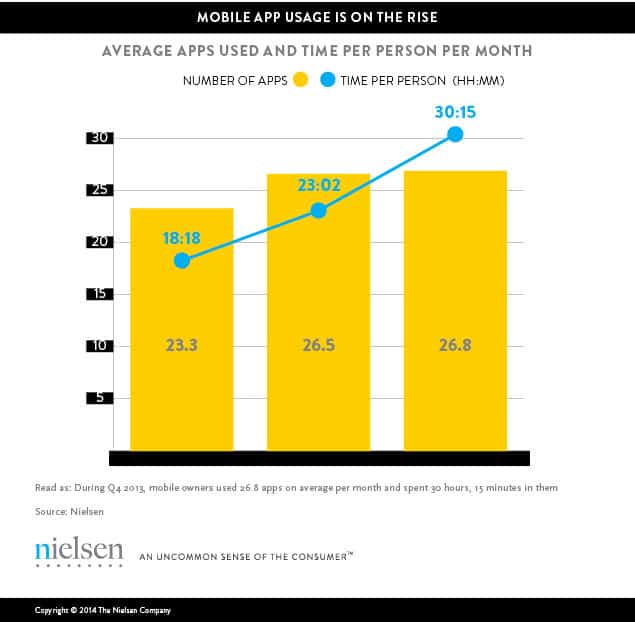 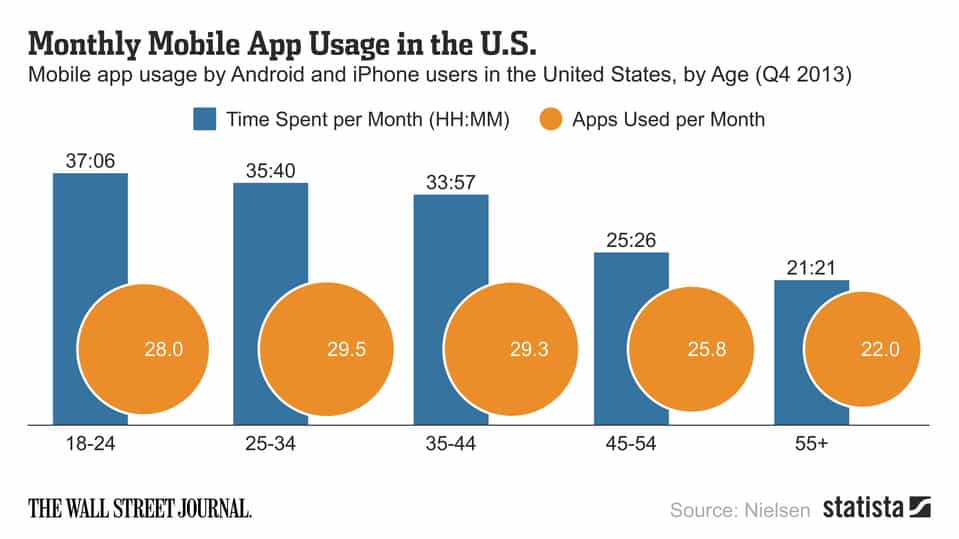