Skip to content
Trusted By Millions
Independent, Expert Android News You Can Trust, Since 2010
Publishing More Android Than Anyone Else
13
Today
122
This Week
212
This Month
8357
This Year
125835
All Time 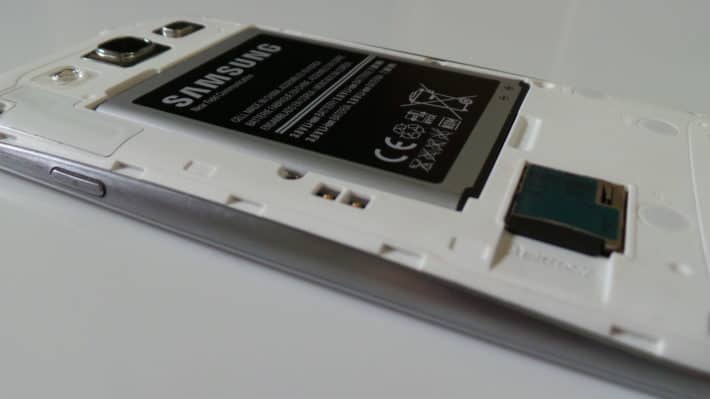 Lithium batteries have a single glaring issue and difficulty in the creation and actual making of the cell.  Today, a battery consists of an electrolyte, a chemical to provide ions (negatively charged electrons), an anode (which discharges the charged particles), and a cathode (which gets the anode’s ions).  But that seems simple, and it sort of is.  Not with lithium though.  Lithium has been problematic in that it is unstable and highly reactive.  Researchers globally have found that lithium would act as the best anode, but find it too unstable to use right now, so most anodes are made of graphite (carbon) or silicon.

Lithium would, as an anode, expand during the charging process.  All anode materials do though, but Lithium does so unevenly, so it might expand more in certain areas, and not in others, which could cause a rupture.  Lithium also, according to researchers, can essentially expand to whatever size it allowed, but the unevenness causes problems.    But why is there this talk of negative and Debbie-downer type material?  Because this is all true and tested, but a breakthrough by a team of researchers at Stanford may have some promising future for lithium batteries.

The Stanford team of researchers has managed to, supposedly, create a more stable and viable option for lithium battery construction.  The difference between previous and current batteries and the new battery from Stanford lies in carbon nanospheres.  The interlocked mesh of tiny carbon domes keep the unstable and reactive lithium anode in check, since the layer is both uniform and nonreactive, two of the main problems faced with uncovered lithium anodes before.  The layer is strong enough to keep the lithium in check when charging, flexible enough to allow the necessary charging expansion, as well as being nonreactive, so the lithium doesn’t react violently with it and create danger and cause harm.

The breakthrough in the technology has many possible outcomes, and all of them result in or relate to battery life.  It could allow four times the capacity of a battery, and therefore two or three times the battery life and usability for your favorite smartphone or tablet.  It could make an electric car with a 300-mile range more affordable for the consumer.  It does, however, have time to go until it’s ready for actual production and use commercially, this new technology.  The Stanford team notes how though they are up to 99% efficiency after 150 charging cycles, they are still going to work on choosing a more optimal electrolyte, as well as improve the technology in general.  So expect some new batteries to get some limelight in the next year or so, and be sure to stay tuned in to get the latest on that limelight.