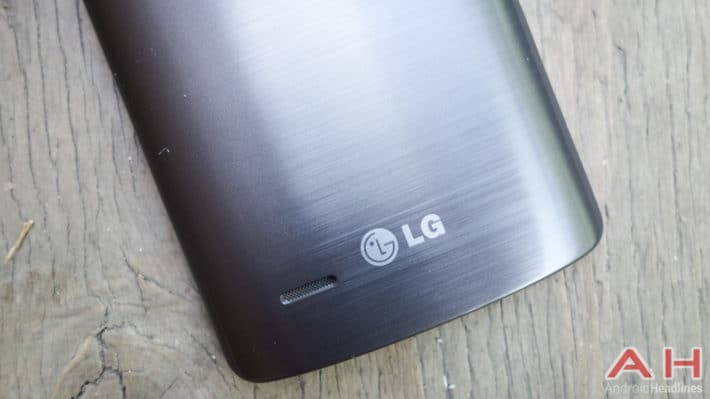 Just last week, the LG G3 Beat was made official in China and for some other Asian markets over there. So naturally we didn't think we'd see the device make it's way over to the US. It's basically a LG G3 Mini, as it does have a 5-inch display. As far as specs go, it has a 5-inch 720p display, Qualcomm Snapdragon 400 quad-core 1.2GHz processor, 16GB of storage, 2GB of RAM, 8MP camera on the back with OIS, and a 2MP front-facing shooter. It also packs a 2540mAh battery and Android 4.4.2.

This device appears to have hit the FCC here in the US and brings AT&T compatible LTE bands, which are bands 2, 4, 5, and 17. The LG G3 Beat is the D729, and this is the D725, so it's pretty likely to be a LG G3 Beat variant. Whether that will be the name of it when it hits the US or not, we don't know. There is also a smaller variant, which has been rumored to be the LG G3 Mini, with a 4.5-inch display that's the D-724 and has a 4.5-inch display. That is also rumored to be heading to AT&T in the near future. And it's only been reference by the import/export website in India. Which usually it'll travel for R&D purposes.

So far we have no word on the LG G3 Beat other than it heading to China and other Asian markets. But I wouldn't be surprised to see it land on AT&T and it be an exclusive. As AT&T always gets the exclusives these days. It actually sounds like a pretty decent mid-range device. Sure it has a 5-inch display and that isn't exactly "mini", but with LG's bezels, it'll probably be closer to the 4.5-inch devices on the market right now. How many of you are interested in the LG G3 Beat? Let us know in the comments down below.