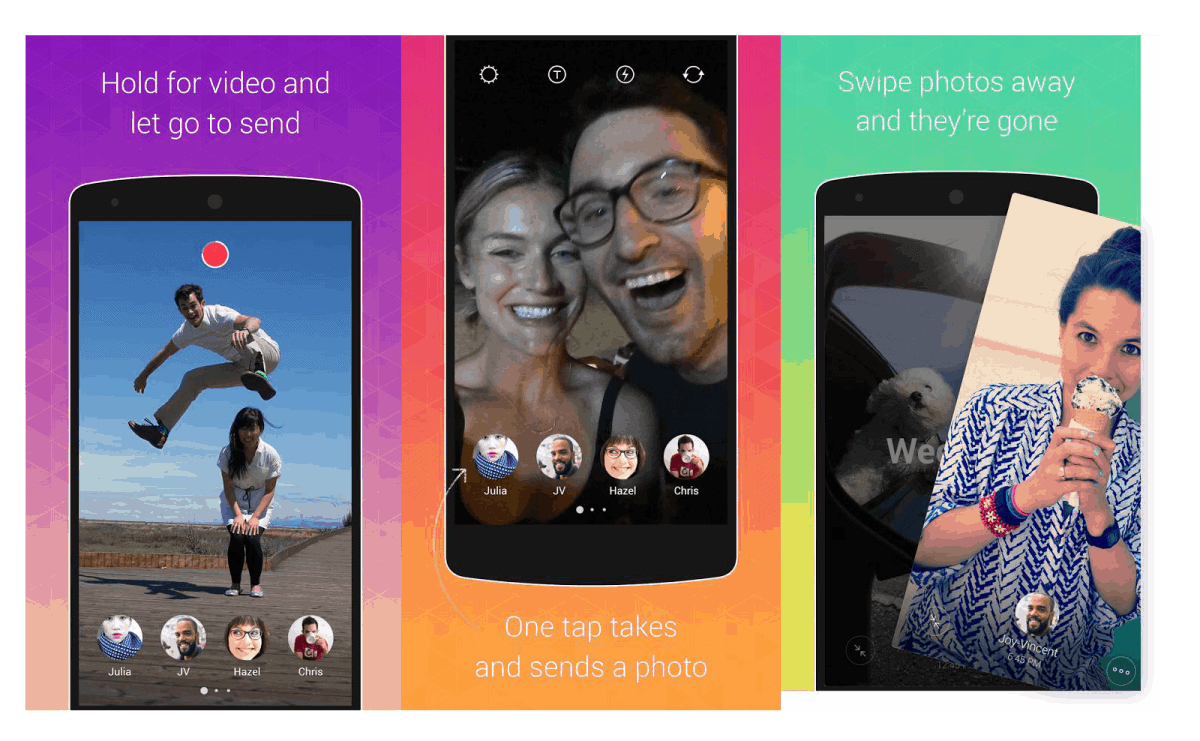 Just a nearly a week ago some news hit that Facebook owned company/app Instagram, could be looking to take on photo sharing behemoth Snapchat with their own application called Bolt. It was discovered through a banner ad that they had placed for the upcoming application inside of Instagram, and as of today it looks like the new Bolt one touch photosharing app is launching on Android with a regional rollout. That basically means that they aren't rolling this app out to everyone just yet but rather testing it in a few markets for now. If you're an Android user in Singapore, New Zealand or South Africa, than you can hit the Play Store link and grab this app and download it now. According to the people at Instagram, they aren't quite ready for a complete global launch of the app and they found these locations to be good testing regions for it before they plan to move ahead with a global release.

The idea behind Bolt is to allow users to have the absolute quickest way possible to take and send photos and videos to their friends and family. The action of using it actually sounds quite simple and does appear to be quick, or lightning fast, hence the reason why they chose the name Bolt for the application. If you want to send a photo to your friends, you simply tap on it and as soon as you lift your finger off of the screen the image sends. It's that quick. No saving it and sharing it. No having to pick who you want to share it with or tag people so they can see what your latest pictures are.

The Bolt camera works in such a way that as soon as you open the app it brings up the viewfinder like your normal camera, and then you can tap on any one of your contacts faces that are shown at the bottom of the app interface to send them something. You just focus on whatever you want to take a picture of and then tap their face, and it sends. The videos work almost the same way except you press and hold on the picture of the face until you're done recording. You'll be able to add up to 20 favorites and organize them however you'd like. You can swap photos and videos between each other and as soon as you're done viewing them you can swipe them away with a simple flick. Unlike Instagram, facebook, or a slew of other messaging apps, Bolt uses only your phone number to set up an account and connect you and not your email, which is how it auto populates your contacts into the Bolt app so you can send pictures. You'll of course be able to block people that you don't want to be in contact with, and there should be a mild spam filter built in. Right now there is no word on an actual timeframe for a global release, just that the team wants to work out any bugs and make sure things are smooth before they launch the app outside of the existing three regions it launched today.