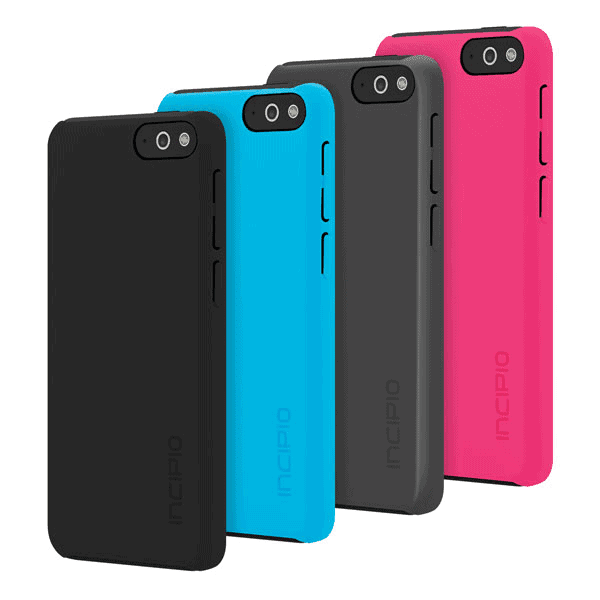 The Amazon Fire Phone launched earlier today, exclusively at AT&T. And Incipio just sent us word that their popular Feather case is now available for the Fire Phone. So if you're looking to pick up both, you can go ahead and do so. The Fire Phone is available for $199 on contract with the 32GB or $299 on contract with the 64GB version. However, if you want to go off-contract it'll be $649 or $749 respectively. Now Incipio is selling their Feather case for just $24.95. Which is actually their normal Price. The Incipio Feather case is a popular case that's available just about every Android device out there, and probably the iPhone as well. I've used it on both the Moto G and the LG G2 and loved it on both.

The Incipio Feather case has been Certified "Made for Amazon" Feather case for Fire Phone. It's also Ultra thin, protective snap-on case. Along with a Sleek, low profile protection. Soft touch finish for added grip and comfort. It's also available in the following colors; Gray, Black, Cyan, and Pink.

Incipio also informed us that they have plenty of other form factors of cases coming to the Amazon Fire Phone in the coming weeks. So if you're looking for a case for your Amazon Fire Phone, there's a good possibility that Incipio will have the one you want or need. The Feather case is one of my favorites alongside their DualPro Shine case – which I have on the LG G2 and soon the LG G3. If you're looking for a good case for the Amazon Fire Phone but don't want to spend a ton, Incipio has something for you, definitely.

How many of you are planning on picking up the Amazon Fire Phone today from AT&T? Be sure to let us know what you think of the device in the comments below.