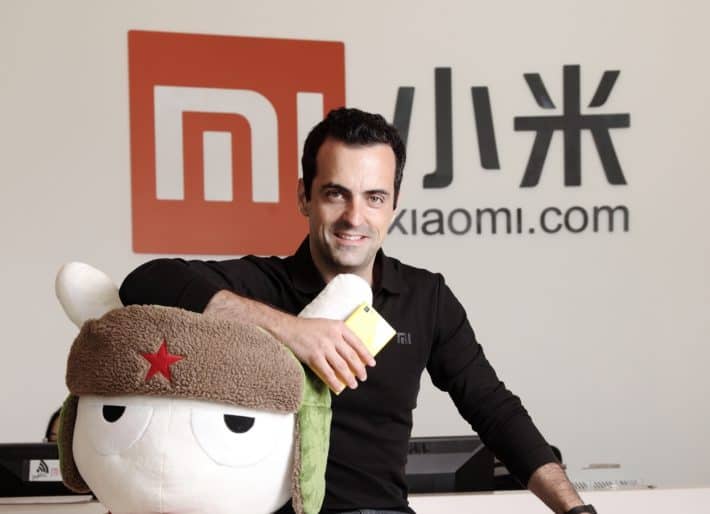 A huge ripple was created in tech circles when Google’s then VP for Product Management for Android – Hugo Barra – was successfully poached by China’s Xiaomi last year. Barra’s acquisition has been a god-send for Xiaomi which is currently battling a negative perception and image issues with the media labelling the Chinese manufacturer a “copy-cat” when they’re being mean and a “super cloner” when they’re being kind. The spate of accusations has increased since Xiaomi’s launch of their first tablet device, the Mi Pad, which was unveiled by CEO Lei Jun, who compared the device with the Apple iPad during the launch keynote. Even after the unveiling, Lei Jun closed his presentation with a Steve Jobs’ iconic slide – “one more thing…” which led to further mud-slinging.

Barra has come out strongly in defense of Xiaomi, as reported by TheNextWeb. Hugo Barra, now VP for Xiaomi Global, has strongly criticized the media for creating a negative halo around Chinese manufacturers in general, and Xiaomi in particular, citing that the media has been making “sensational, sweeping statements before actually seeing our products and playing with them.” Barra says that it is his belief that Silicon Valley is biased against Chinese manufacturers, blindly believing that “innovation cannot come from China”. Xiaomi smartphone devices run a modified version of Android, called the MIUI interface, which has had certain long-standing features which have recently found their way into vanilla Android and iOS. Barra says that the feature of accessing the flashlight app from the home screen has been available on Xiaomi’s MIUI since the past three years, whereas Apple has recently added the feature in iOS 7. Similarly, local business search from the dialer has been a lot longer on MIUI, with Google baking the feature in the Android 4.4 Kit Kat dialer fairly recently.

Barra believes that a major reason for this bias has been the lack of product availability in the Western world. Xiaomi has been a major brand in China, which in itself is such a huge market that quite a few brands get consumed internally. Barra says that, “The problem is that these people, being in the Valley, they don’t have access to any of our products. They’ve never played with a Xiaomi device before, they’ve never seen it, they read about it but they don’t actually play with them. You pick up one of these devices, you power it and play with it – then you can start to understand that what we’re doing is pretty unique. Play with MIUI (its Android-based firmware) and discover features in MIUI, and if anything, you can say that Apple copied some stuff – and others, by the way.”

It has been in recent years that Xiaomi has started expanding into other Asian countries – including India, where Xiaomi has launched their first device, the MI 3 in conjunction with India’s e-retailing behemoth – Flipkart. In China, Xiaomi has been pretty profitable, given its unique services, where the manufacturer gets a cut of the transactions being made through MIUI. Xiaomi also makes money selling accessories to their smartphones as well as on soft toys of its mascot – the Mi Rabbit. This is one area which still needs to be worked upon, as admitted by Barra himself. “A big part of the uniqueness that we sell, and that people experience here in China, comes from the services that are not yet available internationally, because we still haven’t had the time to build it,” he said. For Xiaomi, breaking this barrier is of utmost importance, if they wish to change the image and perception surrounding their products. The manufacturer believes that India is one major market where the company can focus to drive their international growth story. The company is aiming to establish an R&D center in India to build localized services for international markets.

Barra may be pretty outspoken in this case, especially given that he is a part of Xiaomi now. On our part, we do believe that most, if not all, of the copying allegations are undeserved, however it is also true that a lot of un-required and frivolous patent lawsuits have sucked innovation out of the smartphone game. Xiaomi may not completely be dissed as a copycat or super cloner, especially in light of the upcoming MI 4. What’s your views on this? Do you agree that the Chinese manufacturers are copying off of Apple and others or do you agree to disagree? Do let us know in the comments below.