Google is on the hunt to find an alternative to today’s power inverters which it says are “too large”, and together with the Institute of Electrical and Electronics Engineers is holding a contest to see if anyone can come up with an idea for a smaller, yet just as equally if not more efficient power inverter to be used for things like Solar Powered homes, electric cars and other variations of “green” tech. The contest pays the Grand Prize Winner a hefty sum of $1 million, which Google themselves completely funded. Google’s reasoning is multi-pronged, with benefits going directly to Google in addition to the other industries and even individual consumers that it would help should someone end up inventing a smaller inverter box. Current boxes Google states are the size of large coolers.

Yes Google’s goals here are admirable in that they have what seems like a never ending quest to bring more “green” everything to the planet, but there is also personal gain at play here. Not only do they help their “green tech” image as a company who often involves itself with environmental goals and advancements, but they also end up benefiting from the potential use of these smaller power inverters inside their data centers, which could help them more efficiently power all their servers across the globe. It’s a win/win, as they not only use less energy to power their servers and keep things running, which ends up costing them less money, but they also better their environmental image for using less of that energy.

The job of the Power inverter is to take the direct current and transform it into alternating current that can be use to power homes and electric cars, as well as many other products. The direct current being used comes from solar panels and batteries. With current inverters being too big Google’s march to seek a smaller unit also has honorable intentions, with Google stating that inverters moving from the size of a cooler to the size of say like a laptop or tablet, they could potentially bring electricity to remote places on earth that either don’t currently have power or don’t have much to distribute. Google is giving contestants quite a bit of time to put in their submissions of course, stating that submissions will be accepted all the way up until July 15th of next year, and that they will announce finalists in October of which there will be 18, and finally announcing the Grand Prize Winner in the middle of January 2016 on the 16th of that month. 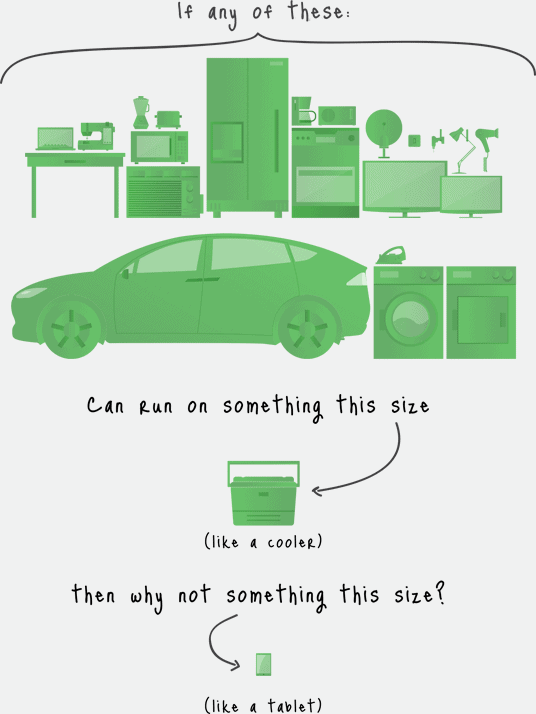