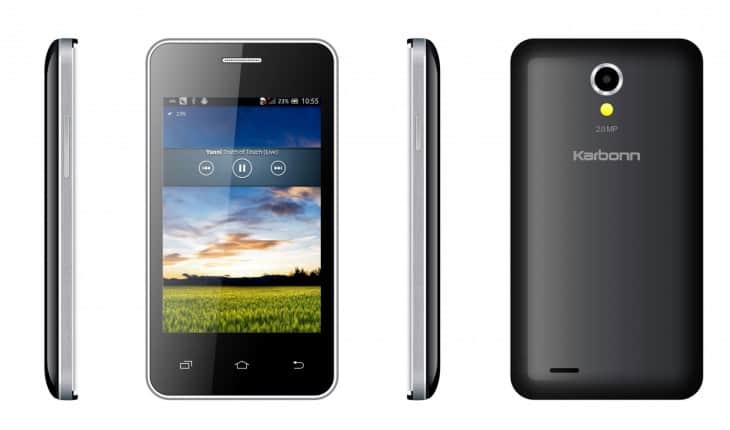 Flipkart is easily described as an e-commerce reseller in India, much like Amazon or eBay. While the company is very well known in India and even helped Motorola gain footing there, they're now teaming up with another phone manufacturer-Karbonn- to introduce a series of "budget smartphones."

Flipkart has teamed up with other smartphone companies but in very different ways. One of those companies was Motorola, who gave Flipkart exclusive launches for devices like the Moto G and Moto E. That collaboration has turned Motorola into a very popular brand in India, selling the budget devices fast. After finding out how well Flipkart has done when it came to selling the Moto family of devices, Xiaomi wanted to create a partnership as well.

More recently, Xiaomi has teamed up with Flipkart in an attempt to enter the Indian markets as well. Similar to Motorola, Xiaomi will be selling their devices to consumers in India exclusively through Flipkart. Xiaomi will also be selling their budget friendly devices, much like Motorola did with the Moto G and Moto E. With great sales numbers coming from Flipkart on budget friendly devices, it's only natural that they follow in the footsteps of Amazon and create their own devices.

Flipkart announced a partnership with a smartphone manufacturer called Karbonn to create devices that are just as budget friendly. The announced devices have a price range of Rs 2,699to Rs 4,499. Those numbers translate to a very low US price range of $45 to $75. There will be a total of 4 new devices, two 2G devices and two 3G devices.

These will be the first smartphones to come from Flipkart and they have a similar goal to that of the Amazon Fire Phone. Flipkart has been very open with their plans surrounding the devices. Going as far to say that they plan on using the devices to better figure out what to sell on their websites. They hope that the data they get from the devices will help them compete better with e-commerce giants like Amazon and eBay. Though much like Amazon, this isn't the first mobile device to come from Flipkart.

Just a few weeks ago, Flipkart released a tablet known as the Digiflip Pro. The tablet is a 7-inch tablet that costs around Rs 9,999. Though all of this is just an attempt to better compete in the growing market.

The new devices haven't received a release date just yet. Instead, they are marked as "Coming Soon" on Flipkart's website. Though to make things easier for consumers, Flipkart will also be giving the option of cash on delivery for these devices.