Can lightening strike twice for LG with the G3? Let's find out in the full review.

While we did review the LG G3 last month, it was the Korean version, which obviously wasn't optimized for the US and specifically the US carriers. So there were a few snags that we ran into with the LG G3 when we initially reviewed it, and for the most part those snags do not exist on the T-Mobile LG G3 which I've been using for a couple of weeks now. I've got the 32GB of storage/3GB of RAM version here, which I believe is the only version that the US carriers are selling. If you really want the smaller variant, you'll need to buy an unlocked one and use it on either AT&T or T-Mobile. But I think you'd rather settle for the 3GB of RAM version. 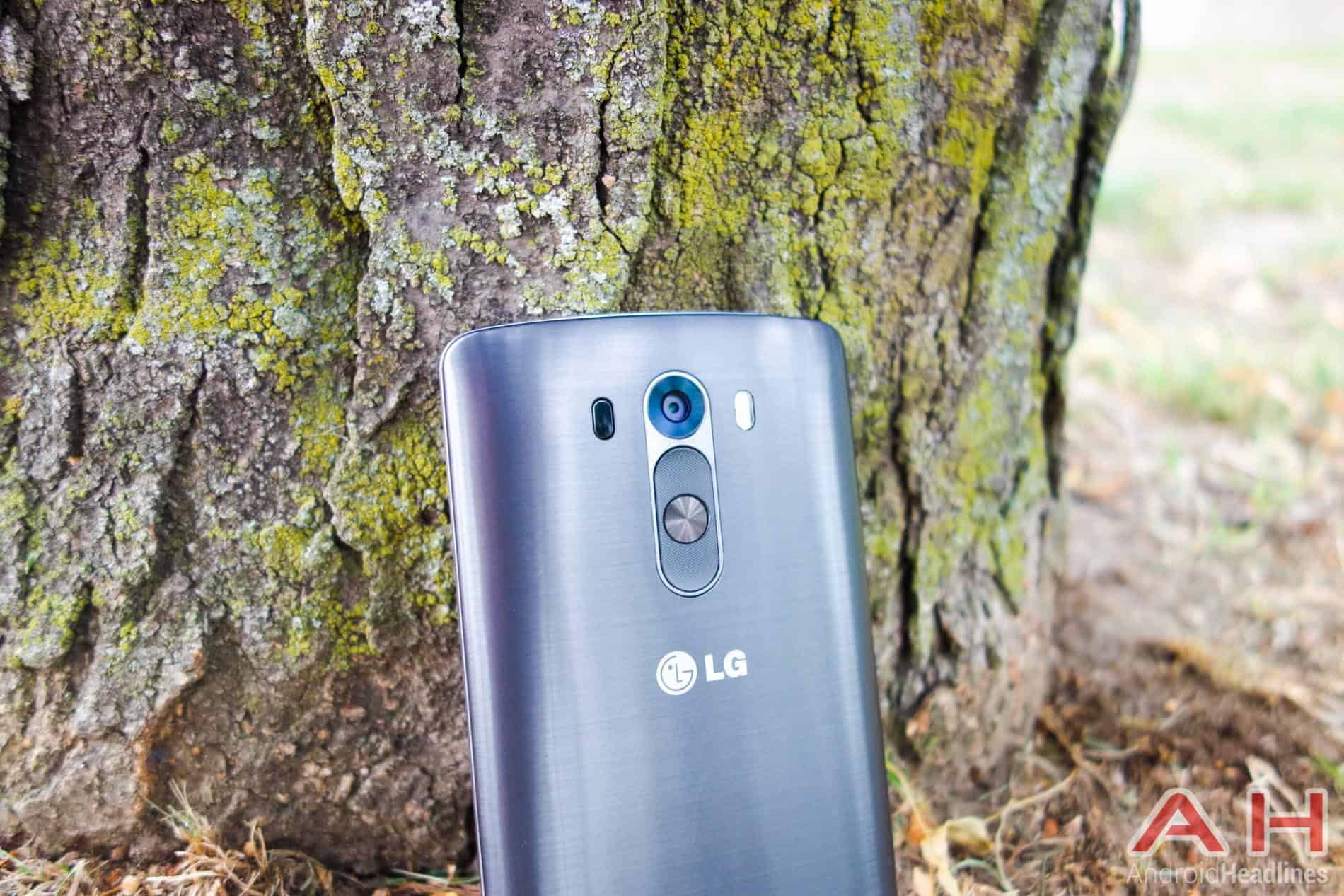 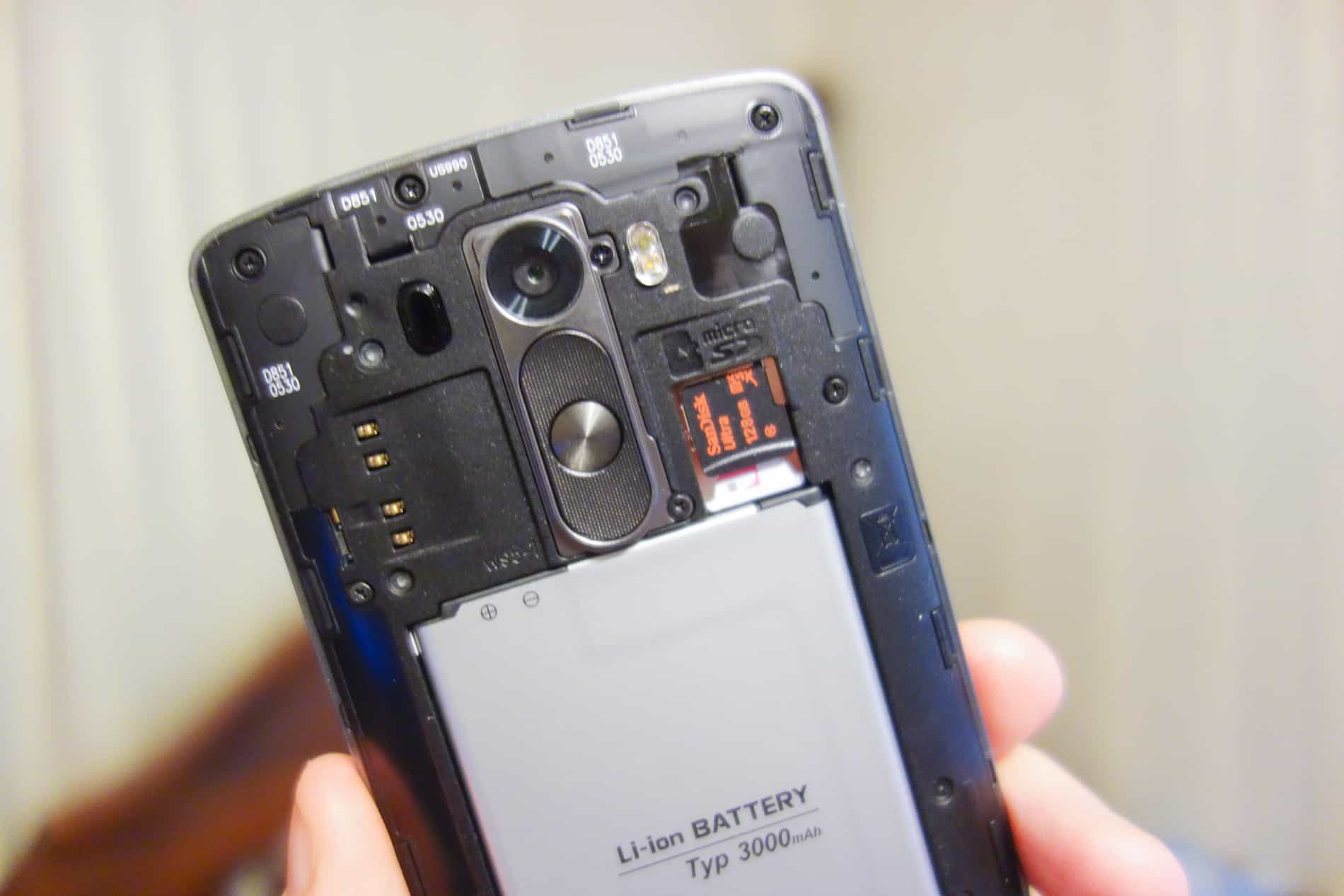 Compared to the Korean version, there's not much different. However, we don't have that antenna that comes out of the top of the device, unfortunately. That is always cool to play with. Otherwise we still have the faux metal backing, which looks amazing, and looks like brushed aluminum. Almost like the HTC One M8. Now when this was announced, I thought it was great. Well not everyone agreed. But here's why I thought it was great. I love the way the HTC One M8 looks, but with the phone being almost completely metal, signal penetration is pretty tough. Which is why the HTC One M8 has issues with cellular, WiFi, Bluetooth and NFC signal. Now with the LG G3 still being plastic, but looks like metal, it means signal can still penetrate through the device. Therefore giving us the best of both worlds.

As far as all the buttons. We've still got the volume rocker and power button on the back of the device this time around. And I actually like it a bit more than I did on the G2. They are a bit easier to press, and with the power button you now have a more clicky button. Which – at least the T-Mobile G2 – didn't have. There's also the lasers for the Auto-Focus and flash on either side of the camera lens, and the speaker on the back. We'll talk more on the speaker in a minute. On the top is the IR blaster, which can be used to control your TV, DVR, and many other things. And on the bottom is the micro USB port for charging and 3.5mm headphone jack.

Now onto the speaker. This is something a lot of people are going to wonder about, especially with it being on the back. The speaker is still pretty amazing. It's nice and loud, even when it's laying flat on a desk or a table, which is often how I use my device's speaker. Now they aren't as good as Boomsound, but they aren't as bad as many other devices' speakers. They are about halfway in between. Which I think is very adequate seeing as they are on the back. 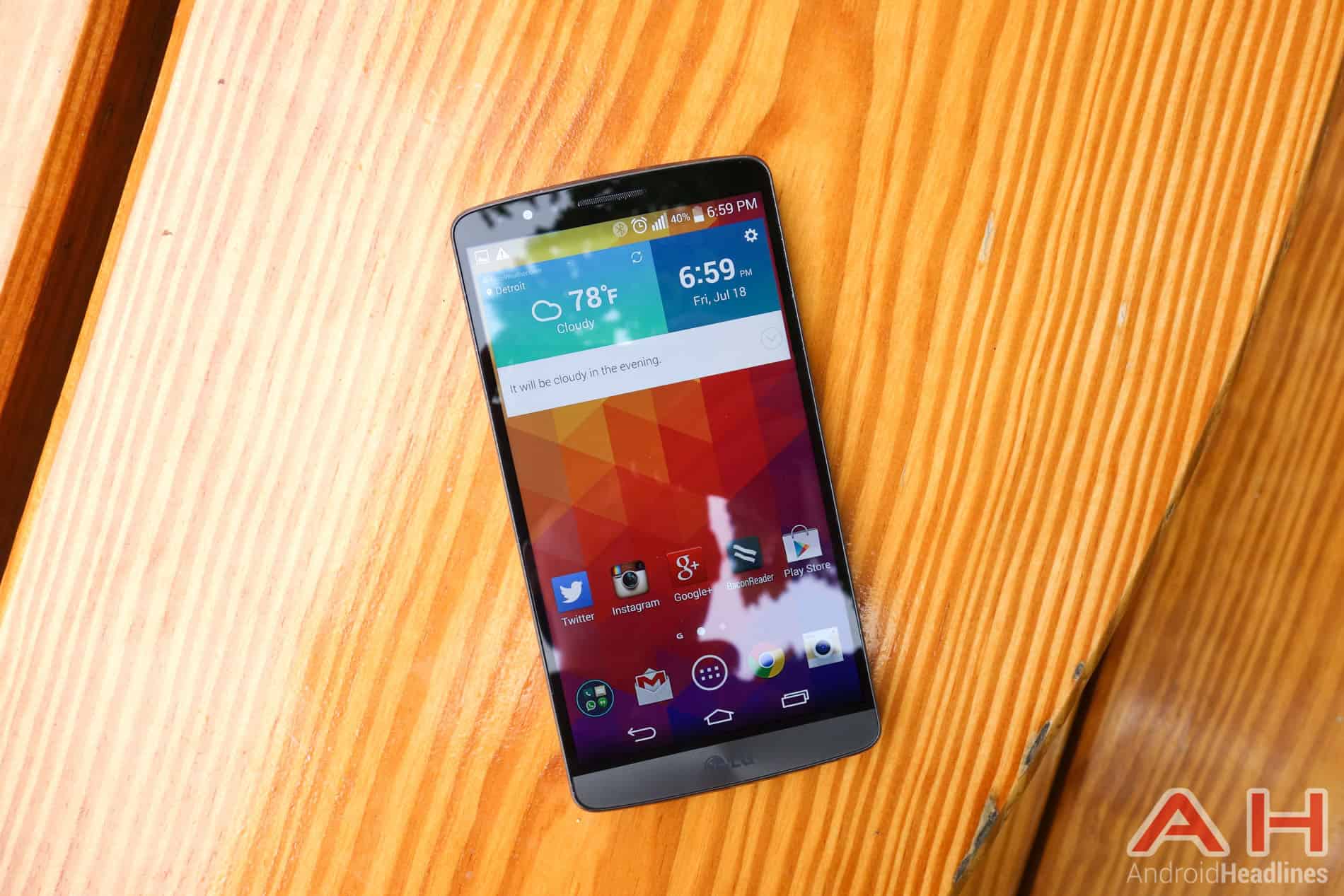 Dat display. I know that's not proper english, but damn. Quad HD is not a joke. Now like I said in the review of the Korean model, just leaving this display at 0% brightness, or anything under 40% isn't doing it any justice. You really can't see how great of a display it is until you put it at about 50% or even on auto brightness. Then you will see just how amazing it really is. Now of course it does affect battery life, but for me, I was still able to get pretty decent battery life out of this thing. It doesn't appear to last longer than the LG G2, but it's still on par with the competition. But we'll get to the battery life section a bit later.

About it overheating. Just like with any other device, if you have the screen on high brightness for quite a while and doing processor intensive tasks, you're going to get an overheated device. Now LG has done something to keep it from damaging your device and that's to warn you about it. Which I really like, actually. Now as to how often it overheats? Well I've been using a G3 for a combined 6 weeks (about 4 weeks with the Korean model, and about 2 weeks with the US model) and I've only seen the notification once. And that was when I was playing Asphalt 8 for about 30-45 minutes on 100% brightness. And it only dropped down to 90% brightness. So I wouldn't worry to much about it, myself.

We all wanted the Snapdragon 805 right? Well looks like the LG G3 Cat. 6 in South Korea is getting it, but not over here. But that's not a big deal. Seeing as the Snapdragon 801 powers this thing pretty well. I've had no complaints or issues with performance. I've been playing all kinds of games, doing tons of multi-tasking in Multi-Window and more. And never a stutter. Now I've heard some people have had some lag, but personally, I haven't seen any on my LG G3. 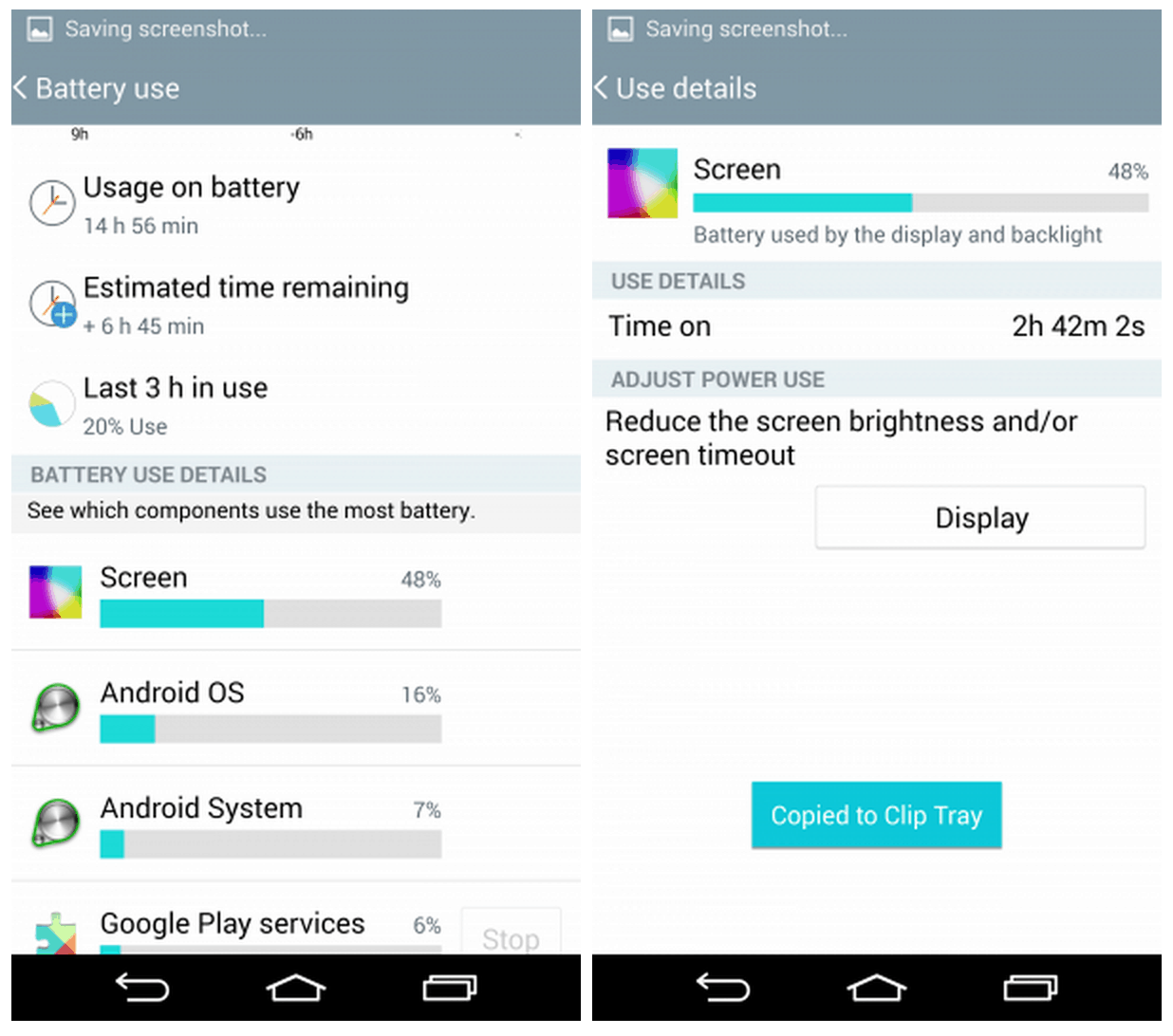 Battery life is actually about the same on the LG G3 as it was on the Korean variant of the device. I can normally get through about 16-18 hours off the charger with around 5 hours on screen time. Now when I have my LG G Watch connected, the stats obviously differ since it's pushing notifications to my Android Wear device all day long, but for the most part it's pretty good. I'd say about as good as the Samsung Galaxy S5 and the HTC One M8. The battery cycle above shows a little over 14 hours off the charger with almost 3 hours on screen, and had about 52% left. Which is pretty normal for me. 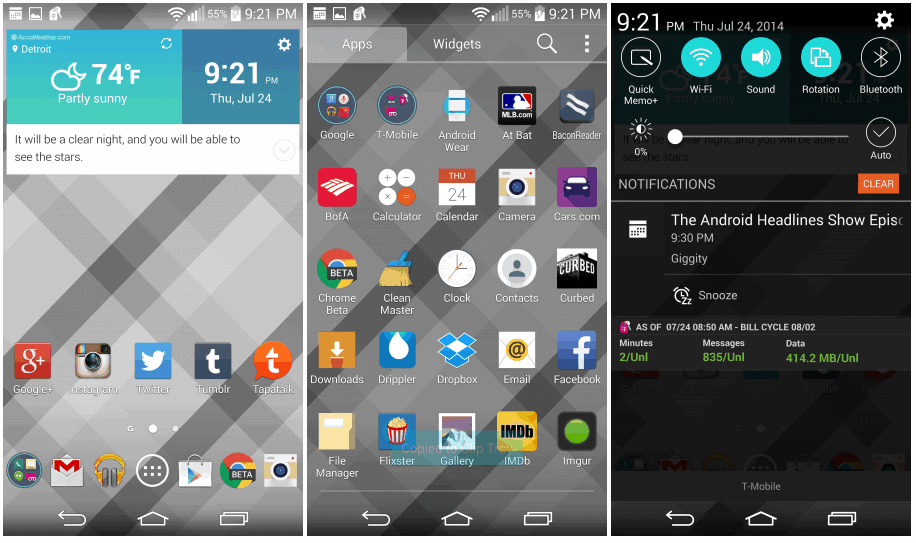 Compared to the LG G2, LG really made a lot of changes to their software this time around. LG went flat, and they went flat everywhere. When I first reviewed the LG G2 last September, I wasn't all that pleased with the software. Who am I kidding, I hated it. Loved everything else about the device, but simply hated their overlay. However, I did later buy the LG G2 and make it my daily driver, and got used to their software. But on the LG G3, it's 1000x better than on the LG G2. I would like them to give us a quick settings panel, like HTC did in Sense 6, that looks closer to stock Android, and takes out some of all that space used in the notification tray. I'd also like to see them allow us to change the color for the toggles in there. Some of the changes they made in the notification tray is that you can now choose to keep or get rid of the brightness and volume slider. Which was another huge gripe for me on the LG G2.

Onto the launcher. The LG Launcher actually favors the Google Now launcher quite a bit, aside from there being no Google Now option on the left side. Instead there's LG's Smart Bulletin there. Which can be easily enabled or disabled in the settings. Then you've got your app drawer which can a 4×5 or a 5×5 layout. I usually keep it to a 5×5 layout as I like to have more icons on each page. There's also a tab for widgets, which isn't stock Android-ish, but still nice to have them visible where you can find them easily.

Settings are still a bit clunky, but not too bad. There are tabs available, there's Networks, Sound, Display and General. And the best part is that you can swipe between the tabs. On some devices with the tabs in settings, you're unable to do that. Then there's Dual Window, which is essentially just a rip off, of Samsung's multi-window feature. When enabled you can long-press the back button and bring up the menu to have two apps open on the display at the same time. Unfortunately only a handful of apps are supported. Including Messaging, Email, Gallery, YouTube, Maps, Hangouts, Gmail and the File Manager. But you can also open up a recent Dual-Window setup you had. Which is a nice touch, I think. 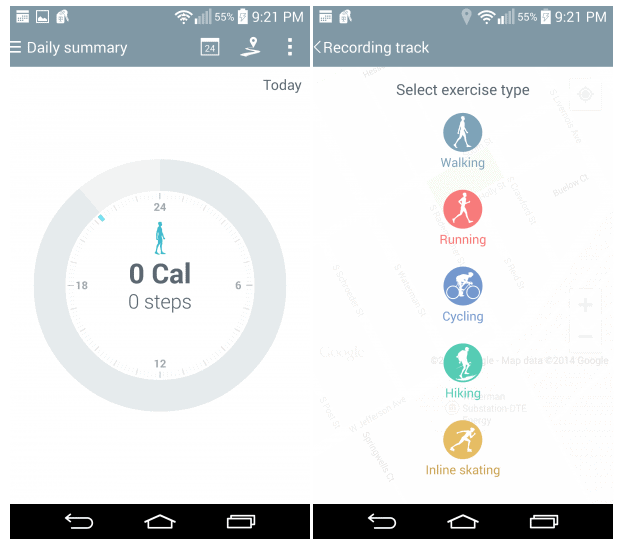 There's also LG Health, which is probably also "borrowed" from Samsung. But I do like that more and more people are incorporating stuff like this into their devices. LG Health can track your steps throughout the day, and show you how far you've walked as well as how many calories you've burned. You can also set it to record your run, or your cycling, Hiking, or inline skating track. And it'll track it on a map as well. So you can see exactly where you went. 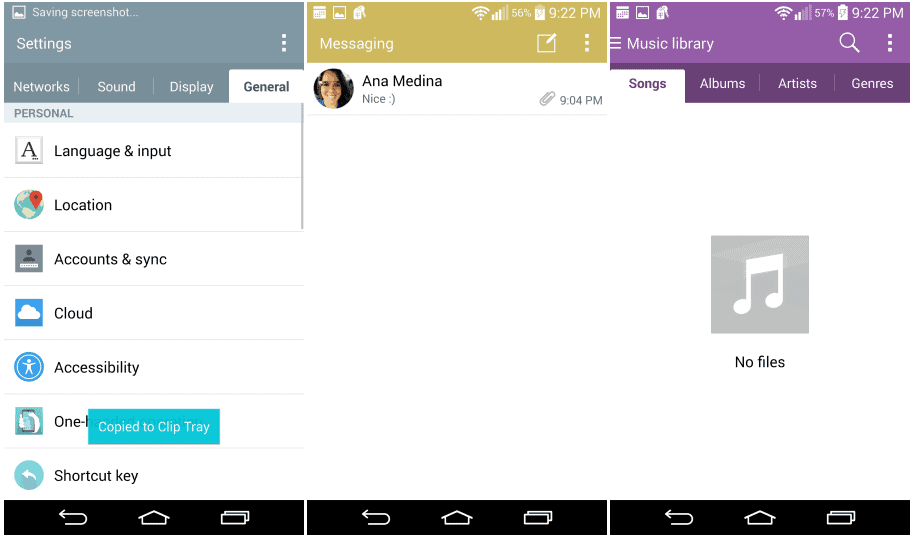 One more thing on software then we'll move on. In many of LG's apps, they've gone immersive mode, at least for the status bar. So in the Settings, LG Health and Gallery, the status bar is blue, like the action bar of the app. While Music is Purple, and Messaging is yellow. It would be nice if LG would let us enable this for all apps. It can't be hard to do as it's available in Xposed already. Maybe they can push it through in a future OTA? 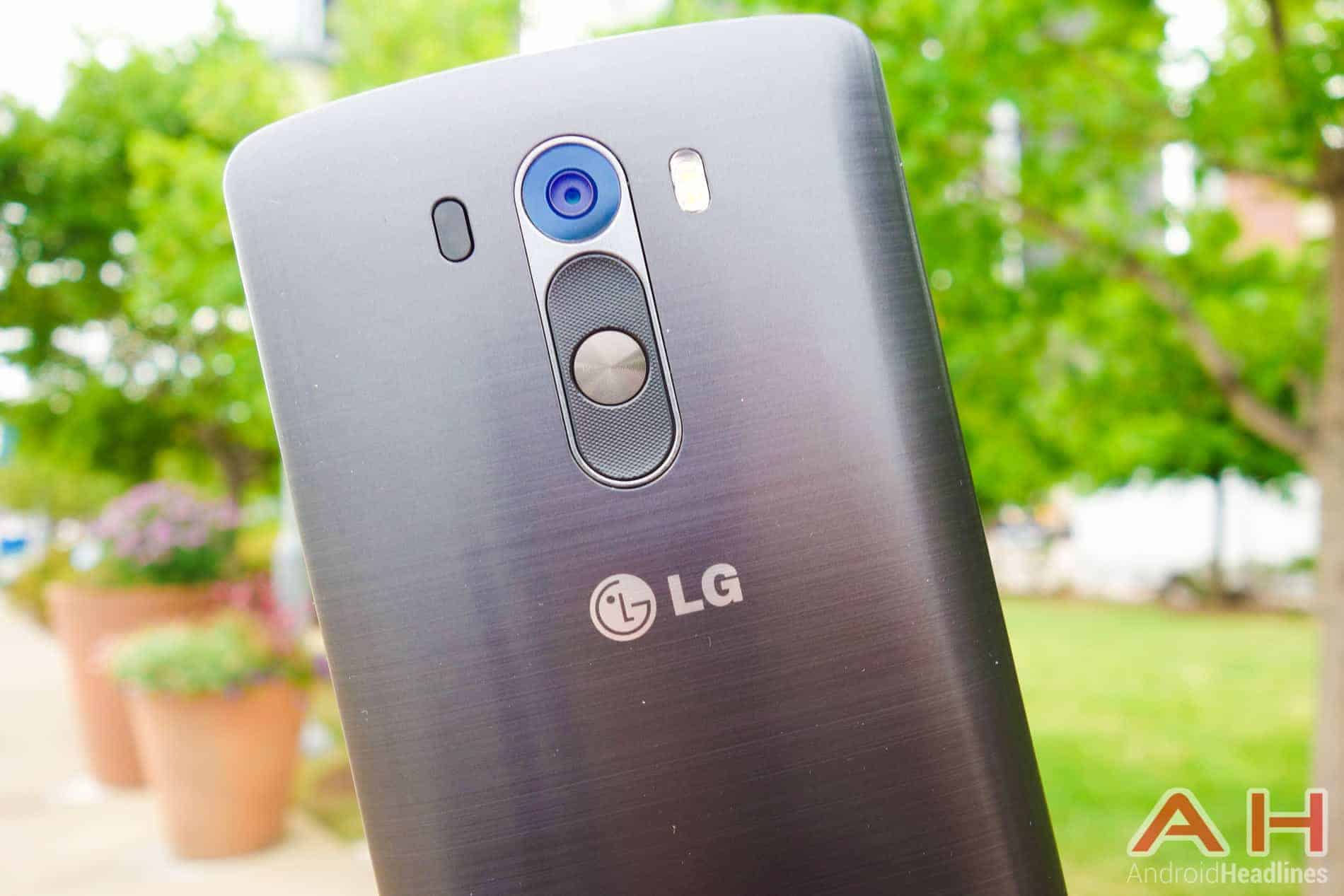 The Camera on the LG G3 is pretty amazing. We did a few comparisons to the LG G2 and even the OnePlus One already, which you can check out if you haven't already. Otherwise, check out the images down below. As far as auto-focus and shutter speed, they are spot on. The time between hitting the shutter and it actually taking the picture is almost instant. Which is a huge improvement over the LG G2. 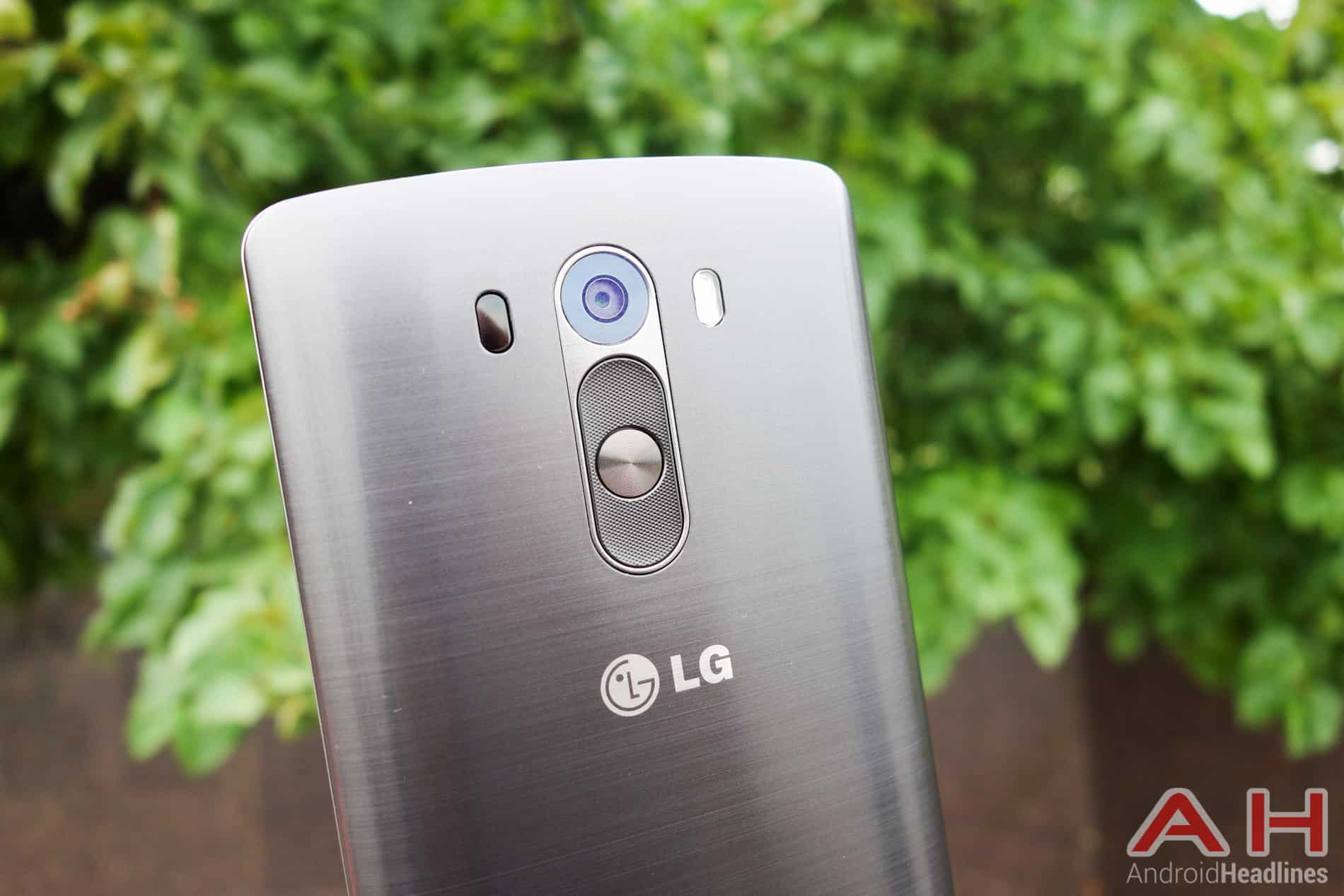 LG has amazed us once again. With the LG G3, LG has packed in monstrous specs that will keep us spec whores happy, and beauty to keep everyone else happy, that wants a pretty device. It's the best of both worlds all wrapped into a 5.5-inch Quad HD device and available for $99 on contract at AT&T, Sprint, Verizon and free on T-Mobile.