Huawei isn't a very popular name in the US. Especially after they were accused of spying on people. But Huawei is really trying to make a push into the US, and in fact they opened up an online store for the US. Which currently only has one smartphone – the Huawei Ascend Mate 2 4G – but there should be more coming soon. Now last year, I reviewed the Ascend Mate, which was a very large 6.1-inch device that packed some pretty mid-range specs, but I was pretty impressed with how well built it was as well as how good the battery life was. No Huawei is back, bringing the Mate 2 4G into the US and it looks a lot different, but is still very mid-range. As far as specs go, here's what we are looking at:

This is an unlocked phone, so it's also important to let you know what bands it'll work on, as we already know it won't work on Sprint and Verizon, but will work on AT&T and T-Mobile in most areas, if not all. Here are the bands that are supported: 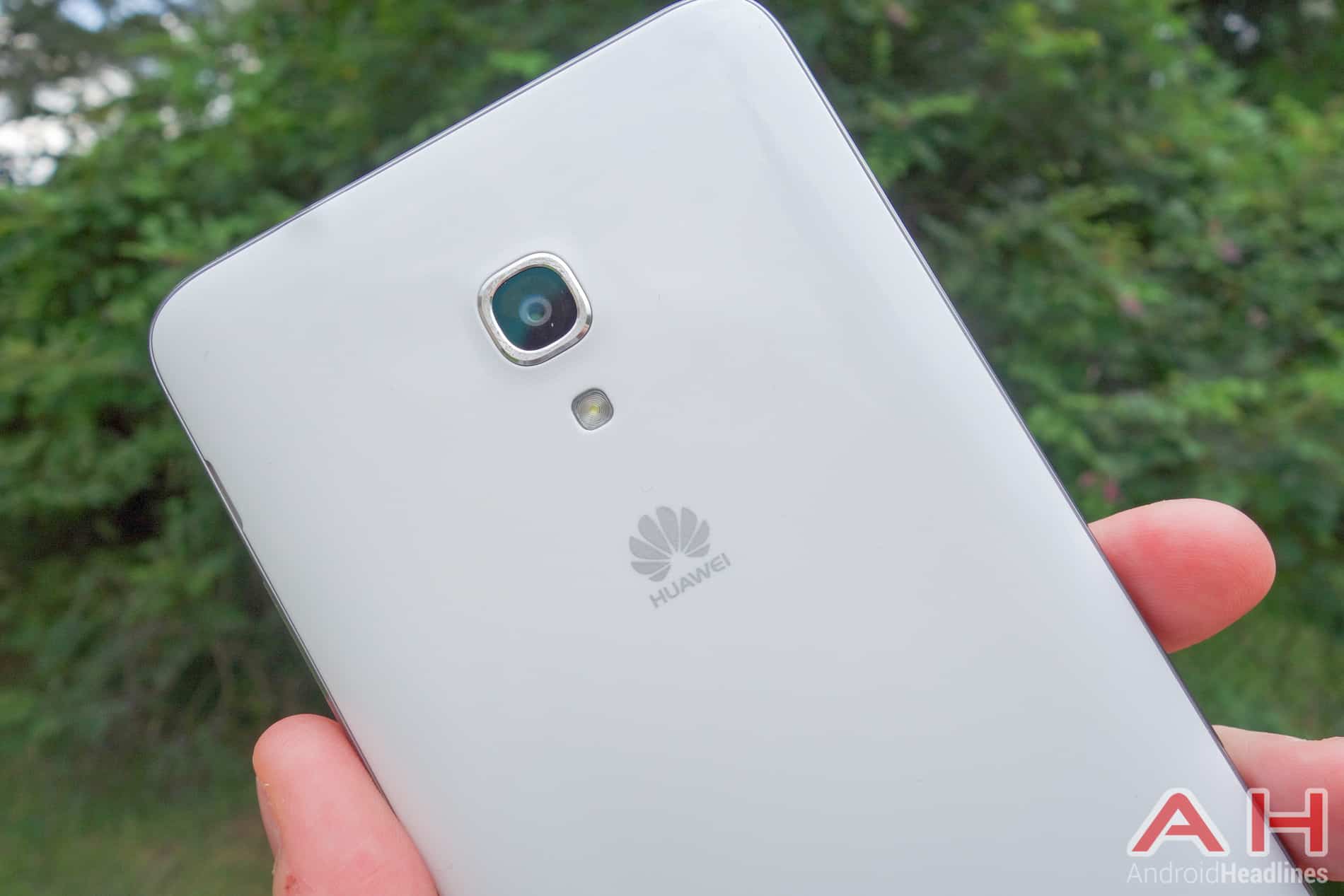 The hardware on the Ascend Mate 2 4G looks and feels familiar. And no it's not because of the original Ascend Mate. It's because it looks and feels almost exactly like the Samsung Galaxy Note 2, just a little bigger and fatter. The Ascend Mate 2 4G does have a glossy plastic back and front, along with a metal ring around it, which I'm not sure if it's plastic or metal. But in the hand, it does feel a lot like a Note 2, but a bit bigger, as this is a 6-inch device. On the back we do have the 13MP camera with flash and a speaker at the bottom. At the top is the headphone jack and microphone, bottom houses the microUSB port and another microphone, and the left side has the power button and volume rocker. With nothing on the right side. Underneath the back cover is your MicroSD card slot and SIM card slot. The battery is not removable, not that you'll probably ever need to remove this thing since it does last forever. On the front is the notification LED, front-facing camera and the earpiece. There are no physical buttons as they are using softkeys, like they should.

Other than how the Ascend Mate 2 4G looks and feels, it's actually a really nice device. It's also important to remember here that this thing is only $299. It does have some pretty small bezels as well which is always nice to have here. The Ascend Mate 2 4G does fit pretty well in your hand though, and it's not uncomfortable like a lot of other devices that are of this size. For instance the Galaxy Mega 6.3 and the HTC One Max (based on the M7). It is a bit difficult to use it with one hand, unless you have huge hands though. But if you're looking for a nicely sized smartphone that doesn't have high-end specs or a high-end price tag, this is a good choice. 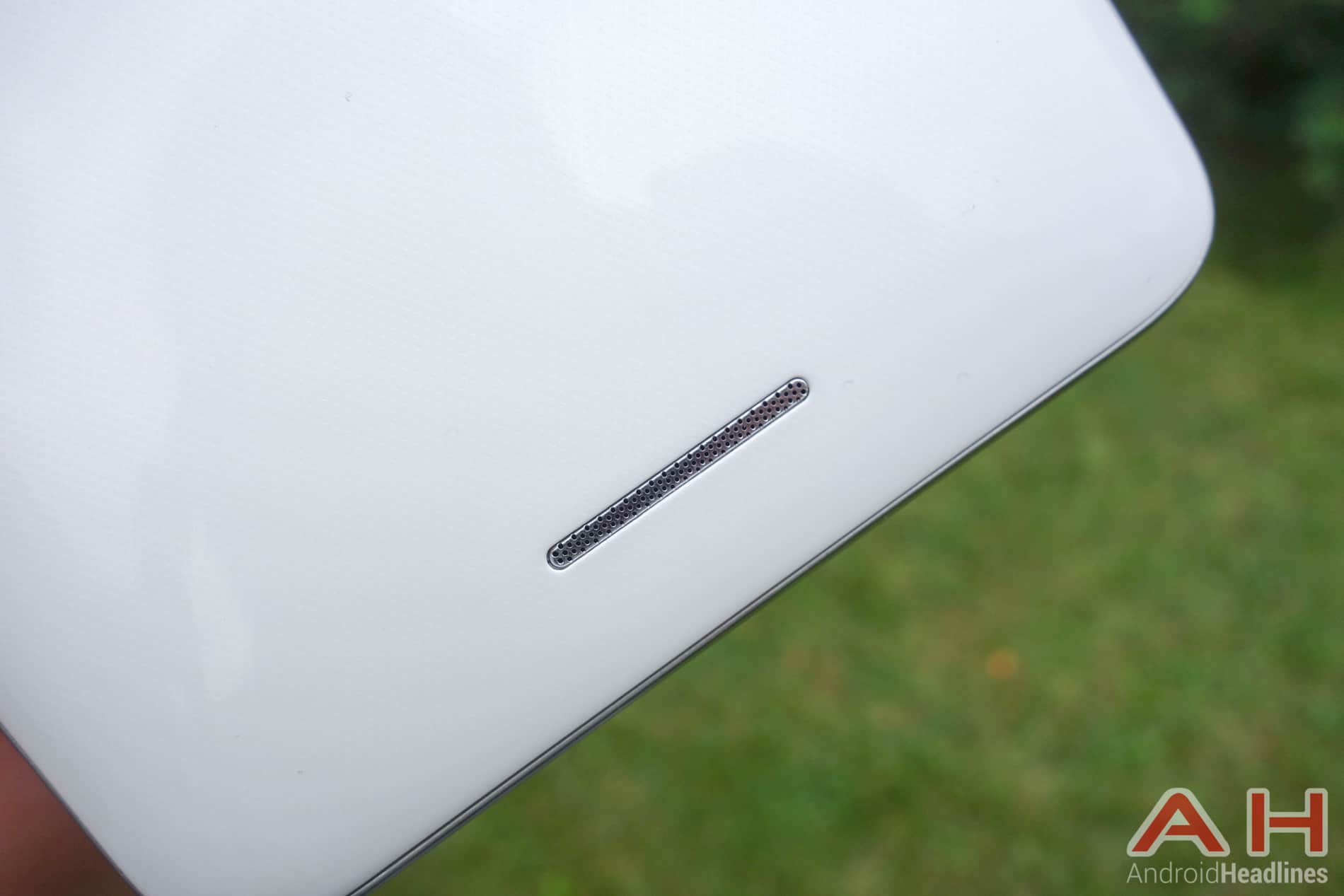 While the Ascend Mate 2 4G does feature a Qualcomm Snapdragon 400 processor inside, it's no slouch. It seems like I say this on every review of a device that has the Snapdragon 400 CPU inside, but this is not a slouch. Now it's a mid-range processor, but it's definitely powerful enough for any device. I've used a variety of devices with the Snapdragon 400 inside and it looks like it's a pretty decent chip. I haven't had any issues with gaming or anything resource intensive like that at all. It's paired with 2GB of RAM, which I still think is plenty for Android right now. I typically have around 700-800MB of free RAM while using the Ascend Mate 2 4G, which I think is good. By contrast, the OnePlus One usually has about 1.3GB of free space out of it's 3GB of RAM. It's also important to remember that unused RAM is wasted RAM. 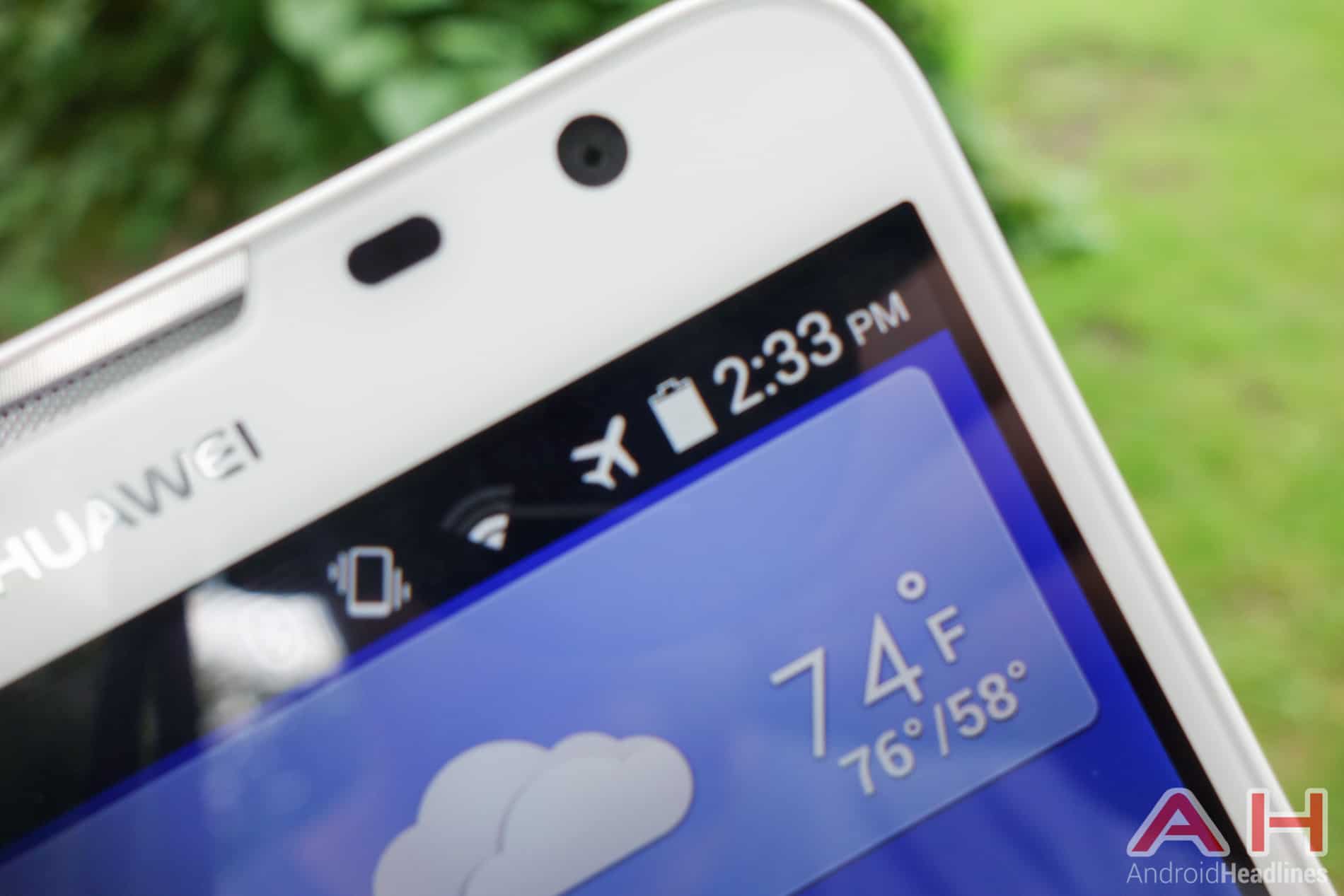 In the day of 1080p displays and even Quad HD, is 720p really that good? The biggest thing I was worried about with the Ascend Mate 2 4G was coming from a Quad HD display in the LG G3 and a 1080p display in the OnePlus One and going to a larger display with a 720p resolution. I thought it might be pretty bad, but after using it for a bit it actually turned out to not be so bad. While I'd definitely love to have a 1080p display on this one, it does look pretty good. And obviously the 720p does help with battery life – which we'll get to in a second. 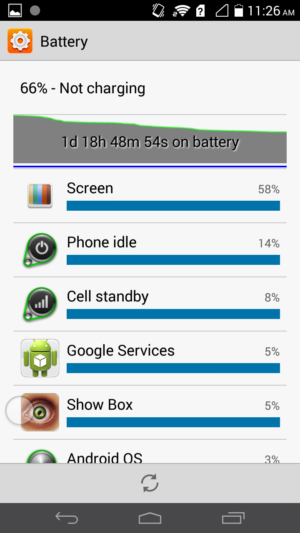 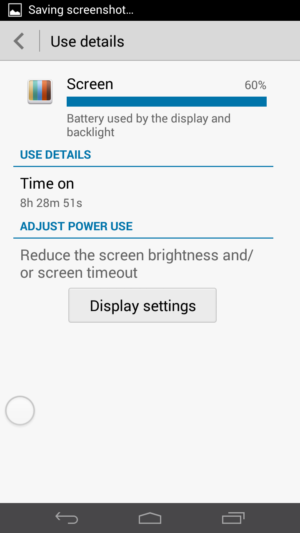 This thing just won't die. Above are some of my cycles on the battery, but it seriously just wouldn't die. I mean I was at 6 hours on screen with 80% left, that's just insane. Most phones are down to about 15% when they hit 6 hours. Of course a 4050mAh battery with a 720p display is going to do that. Huawei also has their own Power Saving options where you can choose between Smart, Endurance and Normal. As you can see from the image above, Endurance gives you a bit more battery life by limiting the CPU and network usage to save power. It will also show you about how much time you've got left for each option. 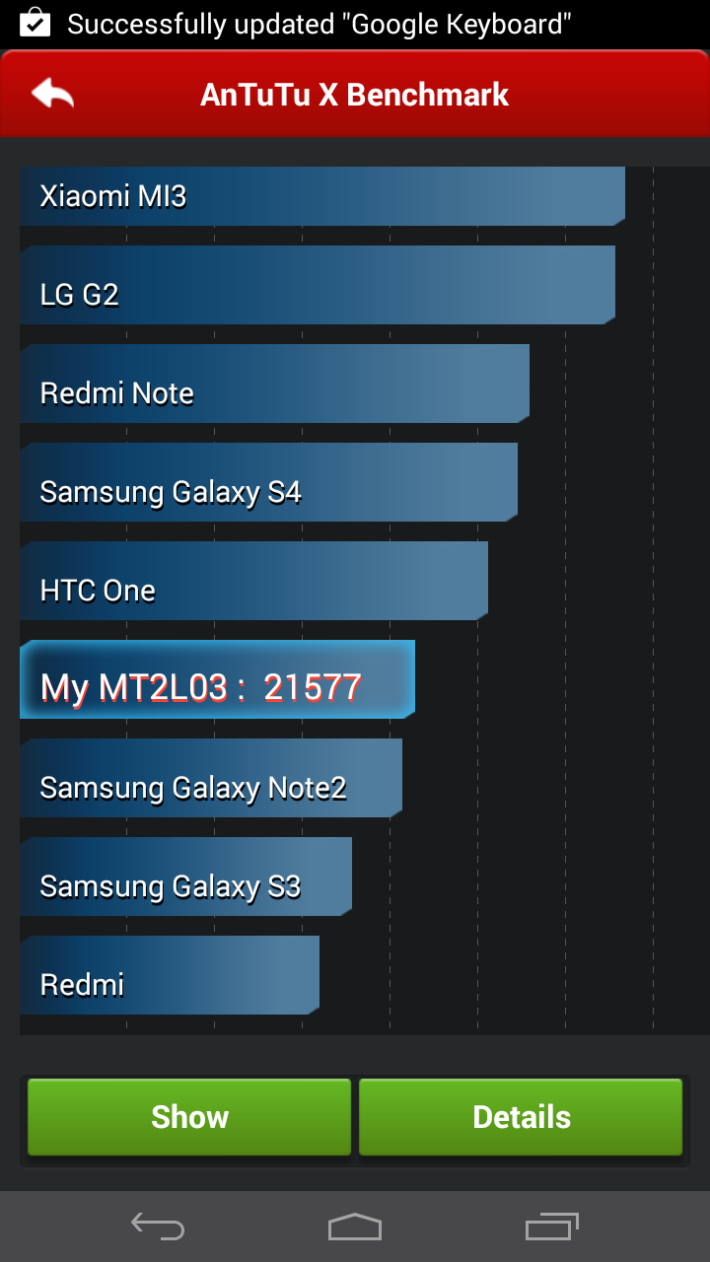 As we always do, we ran AnTuTu on the Ascend Mate 2 4G, and we have the results posted above. 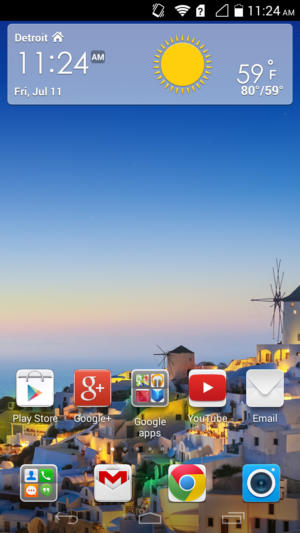 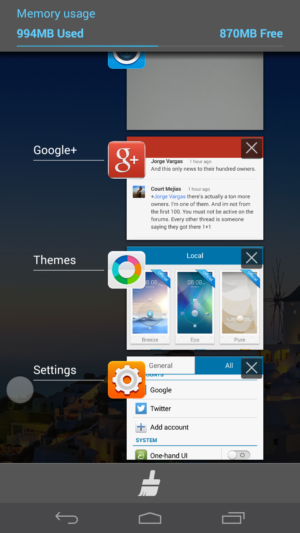 The software on the Ascend Mate 2 4G is actually rather interesting. Something I've been noticing with Chinese OEMs, is that they like to get rid of the App Drawer. I don't know if it's them trying to be like Apple or what. But Xiaomi, Meizu, Lenovo and Huawei all have no app drawers on their devices unless you use a third party launcher. So on the Ascend Mate 2 4G you've got all your apps on your home screens. Which isn't too bad because you do get unlimited home screens. But if you're a minimal guy like me, you won't like it. Now you can move these apps around, add folders, etc., if you want, as well as add widgets, just by long-pressing the homescreen. You can pinch in to see all your home screens as well.

Huawei does have their own icons, and they try to theme a lot of the icons for apps that you download. But the good thing about it is, that it's pretty customizable. Going into the Themes manager you can customize the entire theme. This includes the screen lock style, Lock screen wallpaper, home wallpaper, app icon style, font style, and all the different ringtones for the device. It's quite the theming going on here on the Ascend Mate 2 4G.

Motion Control is another part of the UI that Huawei has developed. It's a lot like the gestures that Samsung has. Here you can choose to flip the phone to mute it, pick it up to reduce ring volume, and raise to your ear to answer or make calls. Now these are all features and gestures that I'd never use, but they did work and work rather well. Huawei has also added One-hand UI, since they realize not everyone has gigantic hands. Now what this does is move some apps over to the left or right to make it easier to use the phone with one hand. There's also the glove mode which is pretty much self explanatory, and the W.O.W. button. Which I'm not sure what that stands for, but it basically gives you a button on the side of the screen that floats, it gives you your three softkeys, as well as a screen lock and a way to clear RAM. You can also open up apps to have them floating on top of the screen. Which is pretty neat.

There's some pretty nifty software features here on the Ascend Mate 2 4G, but I can't say I'd use many of them. Remember it is running Android 4.3, so no KitKat Immersive mode here, unfortunately. 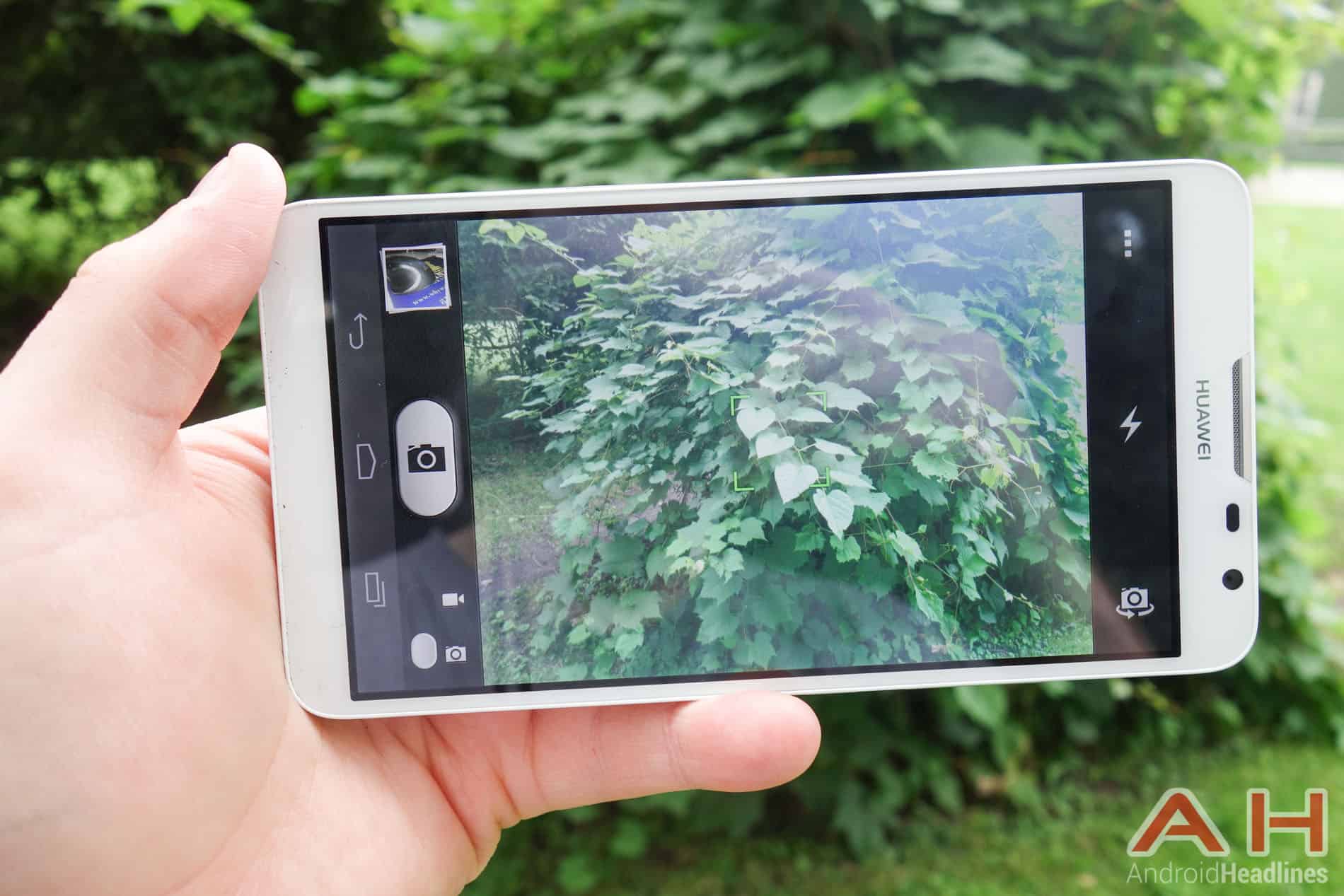 We do have a 13MP camera on here, so just how good is it? Well take a look at the photos below and see for yourself. As far as the software, it's actually pretty easy to use. Not quite as minimal as the OnePlus One or LG G3's camera app, but pretty close. I wouldn't say it has a better camera than the OnePlus One or the LG G3 though.

In closing, the Huawei Ascend Mate 2 4G is a fantastic smartphone. If you're one of those that is looking for a phablet that won't break the bank but that is good enough to use every day, then this is the one to get. It's got all week battery life almost, and then some. Which is amazing and something we need to see on more smartphones out there. For $299, it's hard to justify not getting this one.