Skip to content
Trusted By Millions
Independent, Expert Android News You Can Trust, Since 2010
Publishing More Android Than Anyone Else
35
Today
123
This Week
765
This Month
6703
This Year
124224
All Time

In this week’s app battle we’re putting two of the most popular social apps head to head to see who reigns supreme. Snapchat V.S. Instagram. Both offer their niche and have compelling features to offer their wealth of users, and both apps take a different approach to the social aspect of photo sharing, but which one has the better setup? Who’s the favorite? That’s what this app battle aims to find out. As always we’ll break down a few features from each app to glaze over what they have to offer, and then we’ll let you guys decide in the G+ comments who deserves to be crowned king(or queen)of the social photo applications. 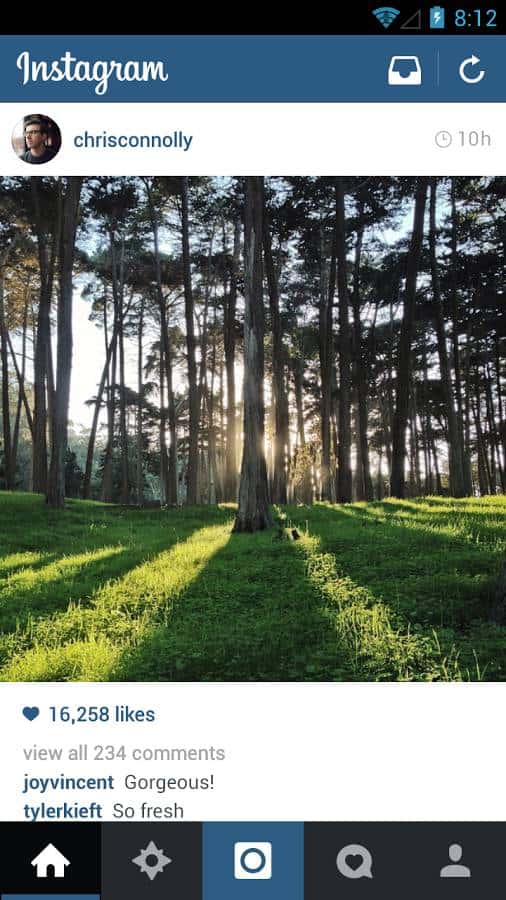 Instagram is a well known application for its popularity on the iOS platform, but finally made the jump to Android sometime ago. Some people use it to be social while others like it more for the filter features that one can apply to their photos, but no matter the reason you chose Instagram chances are you use it with pride. Instagram lets you set up an account(for free of course)and share all the photos you want with your friends, family, and followers. You can apply tons of different filter effects to your pictures and turn them into works of art so that others can share in the experience of the pictures you take. Once you’re done sharing a photo with your Instagram crowd, Instagram makes it easy to upload and share those photos to your other social streams like Facebook, Twitter, Flickr, and Tumblr. Like a particular photo and want to let the person you’re following know you appreciate the picture? Easy, Instagram lets you like photos and even comment on them. Likewise, your followers can do the same with your photos too. You can unload an unlimited amount of pictures without any restraints, and you can either just share stuff to your stream so that followers will see it upon opening their feeds, or you can share photos and videos directly with people that follow you. If you like to take pictures that last, with ability to go back and remember the memories fondly any time you view them, Instagram is the way to go. 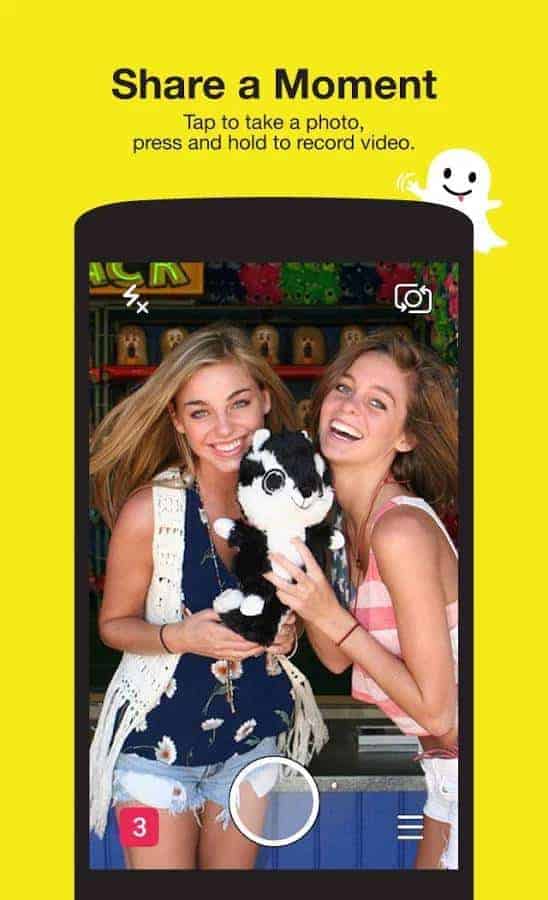 Snapchat is a whole other beast. This popular social photo app came out of nowhere and took the mobile world by storm. It’s quite different from Instagram though as it banks its popularity on the action of snapping photos anytime anywhere that you can add captions to and share with specific people, and once they’ve viewed that photo and after they close the photo out it completely disappears, for good. That is unless they take a screenshot of it. This unique way of sharing makes it so that users can feel comfortable about sharing potentially embarrassing photos(and fun ones too obviously)with a certain person or group of people that they’re friends with on Snapchat, and then not have to worry about the picture sticking around as the share is a one time deal. Snapchat also lets users share videos, with the same caption capabilities of course. The real uniqueness comes from Snapchat’s ability to alert users if the person that they’re sharing photos or videos with is also present and using Snapchat at the same time. If this scenario occurs, then users will be able to open up a video call and chat face to face or just simply share live video. Snapchat is also free to use, and we suppose it technically also offers unlimited uploads since the snaps disappear after the person that users share them with view them.

So who deserves to be crowned king? Is Instagram worthy of a “best social photo app” title? Or is Snapchat the one that takes the cake? Leave your thoughts about the winner in the comments on our Google+ post.