Dell announced a new Chromebook 11 running on an Intel Core i3 Haswell processor at an event in Japan today. This is a step up from the current Chromebook 11 that Dell offers to enterprise companies and educational institutions. The old Chromebook 11 runs on an Intel Celeron 2955U Haswell processor. The new Chromebook 11 with the i3 CPU will also come with 4GB of RAM, and upgrade from the current models 2GB of RAM. The newer Chromebook 11 will have an 11.6-inch display with a 1366 x 768 resolution, Bluetooth 4.0, 802.11n Wi-Fi, a 720p webcam, an SD card slot in the side, 2 USB 3.0 ports and an HDMI port. The current model sells for $399. The new model should sell for the same amount, but now price was announced today. Until today, Acer was the only company to have launched a Chromebook running on the Intel Core i3 Haswell CPU.

The new Chromebook 11 weighs 1.32 kg (2.91 lbs), comes with 16GB of internal storage, and will also come with 100GB of free Google Drive cloud storage for two years. The device is aimed at enterprise and educational environments, so it also comes with TPM hardware encryption for working securely. Dell says it should also get 10 hours of battery life, giving you an easy work day and then some more on top of it. The announcement took place in the Japan, but the device is also going to be released in the U.S. No official release date was announced today, either.

Acer recently announced two new Chromebooks as well, including one that will be powered by and NVIDIA Tegra K1 chip. This model, the CB5, has similar specs to the new Dell Chromebook 11, but it will have two different versions, on with 2GB and one with 4GB of RAM. The 2GB version has a lower resolution display and the 4GB model will have a full HD display. The other model is the Acer C730 and is running on an Intel Celeron Bay Trail CPU.

Check out the gallery of the new Dell Chromebook 11 and let us know what you think in the comments. 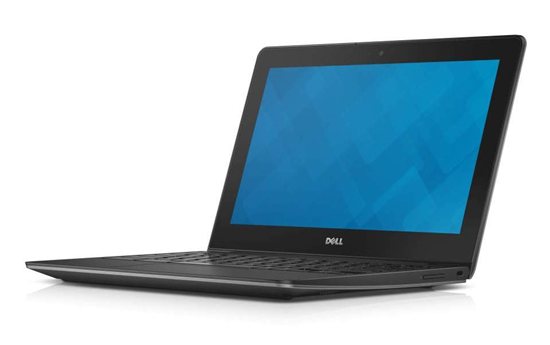