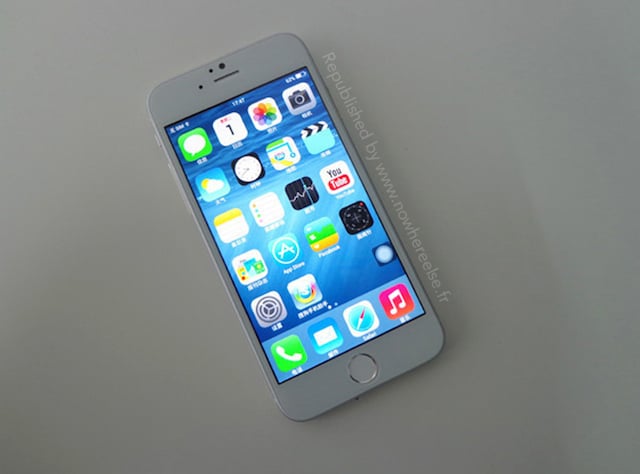 If you need a fake made, chances are you would find someone in the eastern part of the world to make it for you – and make it fantastic as well. At least that seems to be the information that one can derive from the latest news bit coming from China. French blog, NoWhereElse claims that iPhone 6 clones, which have been modelled on the various leaked images and prototype leaks we've seen so far, have been hitting the shelves in China. Pictured above is an iPhone 6 clone which goes by the name of Wico i6, has not only managed to copy the entire look and feel of the iPhone 6 mockups circulating the interwebs from a hardware perspective, but has also managed to replicate the look and feel of iOS, albeit on Android. NoWhereElse states that the Wico i6 runs a modified variant of Google's Android 4.4 Kit Kat operating system. Replicating the iOS user interface on Android with the amount of detail, as evidenced by the leaked image above is commendable on its own.

The device is not just another iPhone copy, especially if one casts a glance to the specifications it carries. The device sports a 4.7 inch display with a 1704 x 960 pixel resolution, which translates to an approximate 320 ppi pixel density. Given that the iPhone 6 is rumored to bear a 4.7 inch variant, the Wico i6 hits the nail on the head with this aspect. The handset is allegedly powered by a quad-core ARM processor, an ample 2 GB of RAM and a 32 GB of internal storage. Given these specs the device should be a pretty decent mid-ranger, however no details on pricing nor availability are known as of yet. We wouldn't you to get your hopes up of landing your hands on one of these in the US, we wouldn't even expect them to sell for long, after all Apple wouldn't want a cheap knock off from selling too much. We always love to hear from you. Would you buy one of these iPhone clones if you could get your hands on them? Do let us know in the comments below.