BBC Sports updated their app this week to support the Chromecast. So now you can cast to your TV from the BBC Sports apps very easily, and quickly. Which is great. If you haven't already picked up a Chromecast, you may want to do so now.

Twitch hits v3.0 and gets a huge UI Overhaul

While Google and Twitch entered into agreement to purchase Twitch this week. The company also put out a brand new UI for their Android App, and it looks amazing. A whole lot better than the older version of Twitch, which is definitely a nice thing. 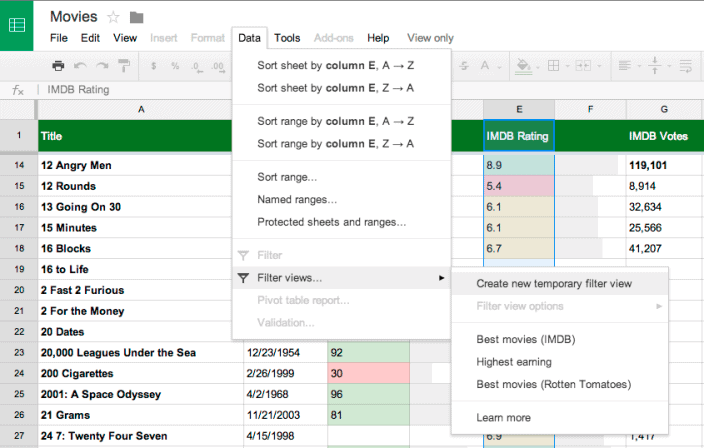 This week, the Google Drive team updated their Sheets' web app to allow for filtering views and a few other goodies. Google Drive users can now share sheets in a specific view, which is going to be a big help for a lot of people.

"If you are looking at bringing an element of OTT to your brand, in three lines of code you can start using the basic Google Chromecast integration that we have built into JW Player 6.9. The JW Player can cast video onto the Chromecast connected TV and then turn into a remote control. This means no more messy VGA/HDMI/RCA cables, lost dongles, or wireless mice and keyboards making a mess of your living room. On top of a super easy setup, the Chromecast integration has additional advanced features that are worth checking out."

Skype will be adding a way for you to find people you want to talk to, in the next update

This week, Microsoft announced that in an upcoming version of the Skype app, you'll be able to actually find people you want to talk to. Imagine that?

"After you download the latest Android update, in the coming months you'll be prompted to verify your phone number. From there, the app will automatically look for contact matches between Skype and your address book. When matches are found, you'll see new contacts show up in your Skype people list. Your Skype contacts will keep evolving as more friends in your address book join Skype. And rest assured, once you connect your address book, we won't spam your friends."