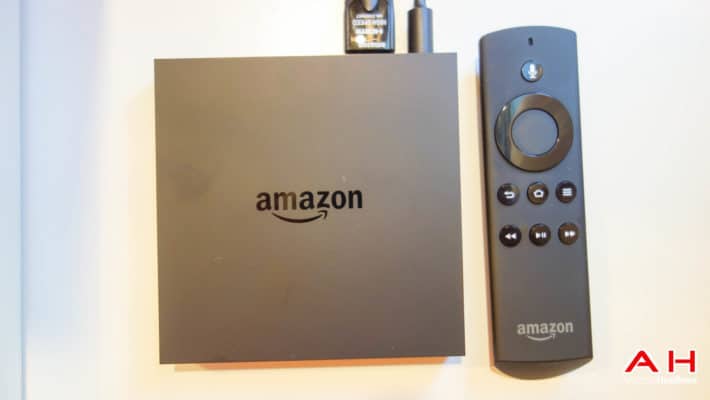 When using our smartphones having that constant connection to the internet is awesome, though it has its flaws. Data usage is a common concern amongst consumers as carriers charge differently for data consumption monthly. The same principle can be said for TV streaming services, and one user of Amazon Fire TV has found a major issue with the TV streaming device. A bug that consumes extreme amounts of data through Amazon Fire TV and Amazon has acknowledged there is a problem.

Some home internet providers operate in a very similar way when it comes to data. That includes a set amount of data per your plan, and overage charges and warnings when reaching that data cap. One example of this comes from a poster on Liisten, who details his experiences with the data cap and how Amazon Fire TV had pushed well beyond that cap.

The issue seemed to be that something in the household was causing the consumer to go well above the 250GB/month data cap he had through the Cox cable company. The user tried disconnecting many different devices around the house to try and smoke out the culprit. When nothing seemed to work, he finally disconnected his Amazon Fire TV set-top box, and the problem was solved. Now that the device was found it was time to try and figure out what about that device is causing the issue.

Initially, it was thought to be the ASAP feature of Amazon Fire TV. This feature is in particular one of the more controversial features of Amazon Fire TV. ASAP uses a cache system to predict what you’re watching and what you may be interested in watching later. If it this did turn out to be the reason for an 80GB data usage in one day, it could raise even more concerns around ASAP. However, Amazon took notice of the issue, and decided to work on figuring out just what the issue may be.

After a week of waiting for Amazon to find out what the is causing the massive data drain, the consumer got his answer-and it wasn’t what he was expecting. According to Amazon, the issue has nothing to do with ASAP, instead it’s being caused by the screensaver feature. Amazon said, “We confirmed this issue was not caused by ASAP.” Amazon confirmed that they’re working on a software update that will fix the bug and make a suggestion for what to do until the update is released. “In the meantime you can turn off the mosaic view for the screensaver to avoid the issue.”

There haven’t been many reports on this issue, though it could be that others just aren’t noticing. If you’re an owner of an Amazon Fire TV, check your home data usage and let us know what you find. Then try the temporary fix and let us know if that helped.