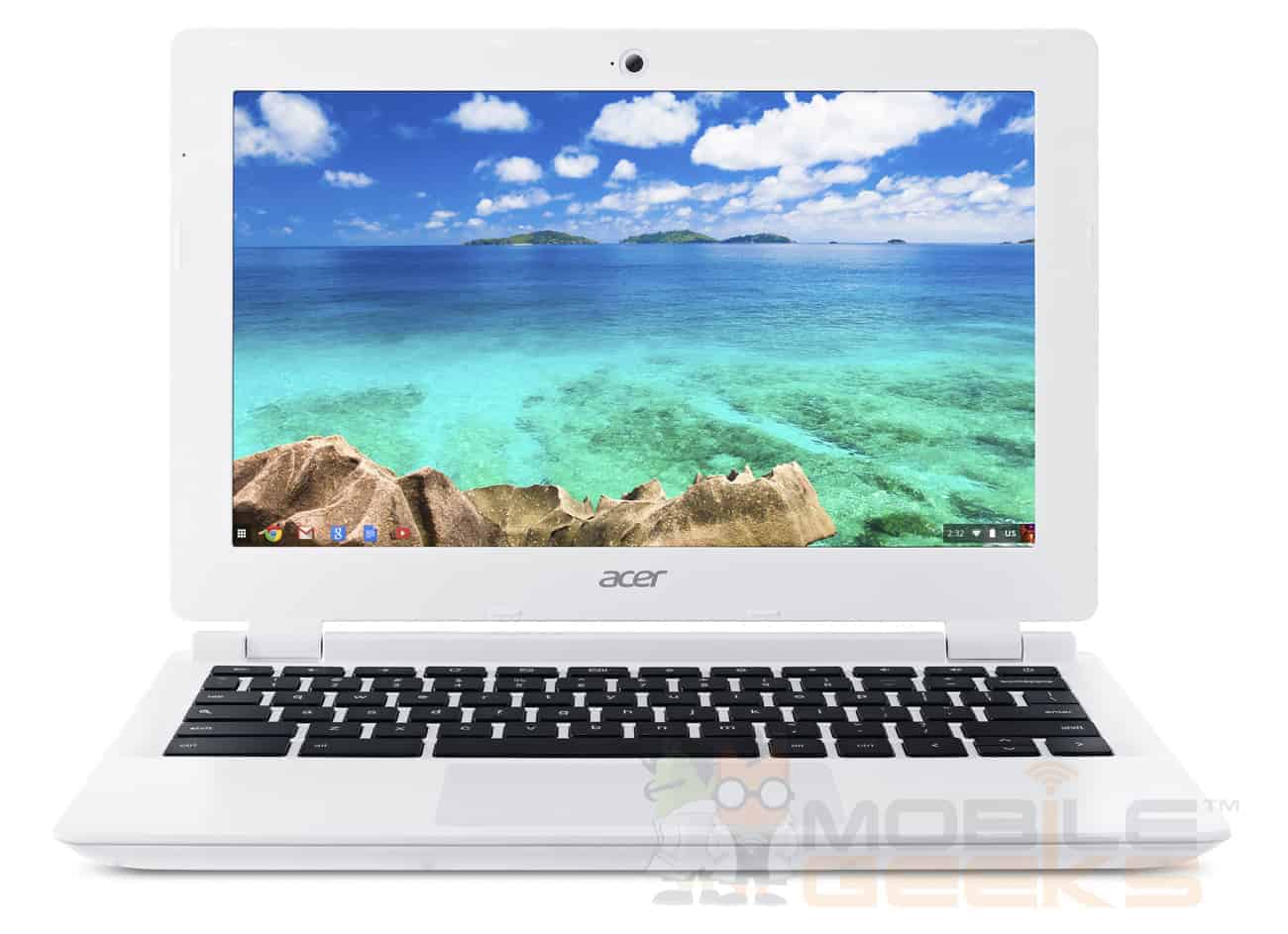 Since their release back in 2011, Chromebooks have been flooding the market as many manufacturers hop on the bandwagon to create a Chromebook. Recent companies like Dell, Asus, and LG are just a few that have recently joined to give the world another chromebook. Older partners like Samsung and Acer are still with Google making chromebooks. As of recent, the next chromebook by Acer has leaked online. The Acer CB3 is an 11.6 inch laptop manufactured by Acer. An interesting fact from this leaked laptop is that it resembles a smaller version of the Acer Tegra K1 that has appeared online a month back.

This new Chromebook model is faster, lightweight, and cheaper on your wallet. The Acer CB3 features an 11.6 inch display with 1366 — 768 resolution. Inside the CB3 runs an Intel Celron N28030 processor that clocks in around 2.13GHz. Trailing along the processor is 2GB of DDR3 RAM. A nice little tidbit of info to know here is that the RAM isn’t soldered down, this gives people the option to swap out their RAM for larger cards. How much can this notebook hold internally? We’re talking about 16GB of native storage that comes as an eMMC card. That’s pretty hefty considering the fact that chromebooks are internet devices and Google offers 100GB of Google Drive storage for 2 years. In addition to hardware, the CB3 features one USB 3.0 and USB 2.0 port along with an HDMI output. Also included as a standard for all laptops is wifi and a webcam. The CB3 comes with a 3220mAh battery which will give you up to 8 hours of use.

With a glossy finish and weighing in at 1.25 kg- converted that’s about 2lbs, the the price for the Acer CB3 comes in around â‚¬219, which state side is about $300. The price could fall once the laptop comes into the US market. The Acer CB3 is the latest addition to the family of chromebooks by Google. Since this laptop was leaked online, some specifications and pricing may be inaccurate. More detailed and accurate information will be available in the coming weeks. Let us know what you think in the comments section below.