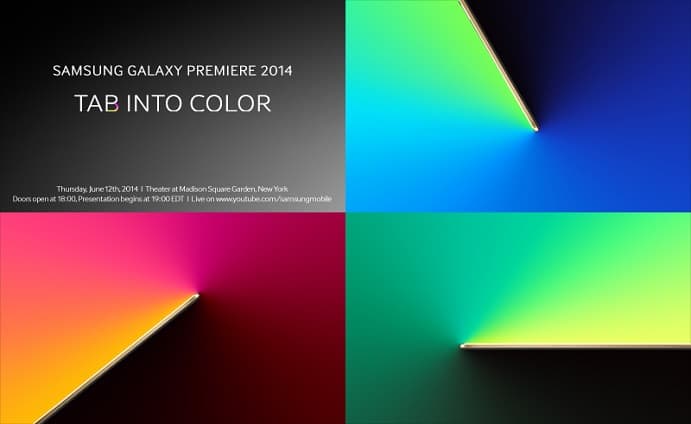 Tonight, Samsung has some stuff to announce. So they are doing it in style. Straight from Madison Square Garden in New York City. We'll be covering the event as we always do, and keeping you up to date with all the news as it happens. It should be an interesting night, although we basically already know what Samsung is going to announce, and that's the Galaxy Tab S 10.5 and 8.4. The big deal with these tablets is that they have AMOLED displays as the other Galaxy tablets all have LCDs, ever since the original Galaxy Tab 7-inch. Specs are supposedly a 2560×1600 resolution display, Snapdragon 800 and Exynos 5430 for the LTE and WiFi models respectively, along with a 8MP camera on the back, 2.1MP on the front and 16GB or 32GB of storage. We aren't sure what else Samsung may announce this evening, but we may see the Galaxy S5 Active, that was recently announced for AT&T, as well as the Galaxy S5 Mini. If we do see those at tonight's event, you can be rest assured that we will be bringing you every little detail about those devices. Especially that camouflage Galaxy S5 Active.

Samsung is slated to get things under way tonight at about 7pm ET, that's 4pm for those on the west coast, those in Europe that's about midnight for you. You can watch the live stream from Madison Square Garden  down below, let us know in the comments what your thoughts are on the event and what you think we might see this evening from Android's top manufacturer.