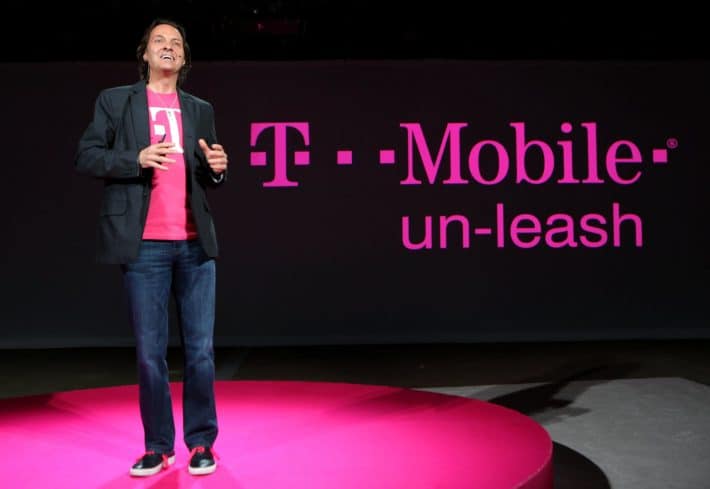 Today T-Mobile is announcing their UN-CARRIER 5.0 strategy, with plenty of exciting features to come. There will be lots of new changes to take note of, and as always and like every previous UN-CARRIER version they will probably be industry leading.

T-Mobile is focusing heavily on data usage, and it seems that Un-Carrier 5.0 will strengthen T-Mobiles belief that data is the bigger part of the wireless plan equation. T-Mobile is coining the term data strong which seems to be their new slogan. T-Mobiles VoLTE covers more than 100 million customers, with Wideband LTE now in 16 markets. The reason T-Mobile focuses so heavily on data, is because their customers use more data than other carriers. T-Mobile customers use 69% more data then the average Verizon customer, and 61%, and 100% more data then Sprint and AT&T customers respectively. T-Mobile also has 70% more spectrum per customer than a customer on Verizon Wireless. So why is T-Mobile focusing so much on mobile data? Because the mobile industry is changing and mobile data is where it's headed. 78% of people who use Facebook are using it on mobile, and 76% of people using Twitter are on mobile.

T-Mobile is allowing to test out their new "Data Strong" network, for  free, that's right completely free for an entire week. T-mobile is asking customers to cheat on their carriers and test drive T-Mobile for a 7 night stand, where customers can literally walk into a store, pick up an iPhone 5s, and test it out on T-Mobile's Data Strong network for a 7 day period for free, with no down payment, no charges and no fees whatsoever. To do so, go to T-Mobile's website,(T-Mobile.com/testdrive) order the phone, take it for a spin, then return it in store. It's that simple. T-Mobile is also launching the 7 night stand challenge tonight, consisting of daily challenges with a different one each day from confessing your cheating ways to flirting with T-Mobile a little bit.

Surprisingly, T-Mobile isn't just launching Un-Carrier 5.0, but Un-Carrier 6.0 as well. Un-Carrier 6.0 is focused on music, or as T-Mobile likes to put it, music freedom. With Un-Carrier 6.0, customers will now have the opportunity to stream music effortlessly and without limits. Unbridled, unlimited, free streaming music from all the top streaming music services like Spotify, iTunes radio, iHeart radio, Rhapsody Slacker Radio, Milk Music, upcoming music service Beatport and Pandora. There's no data caps, no overage buckets, streaming music is just free to use. Streaming music, 24/7. Not only that, but even if you hit your data bucket due to other data usage, music streaming will continue to stream at high quality and high speed, completely free. Streaming music is now being used by113 million customers. John Legere isn't shy about his love for music. He wants the customers to feel that way about their music as well. Enter Music Freedom. Don't see your streaming music in the supported list? T-mobile is giving you the chance to have your favorite streaming music service added, by voting in your favorite service. T-Mobile will pick the winners and expand the service as it goes. The music services can be voted on through T-mobile's website, so if you want to see Google Play Music or Songza added for example, just simply vote on it. John Legere expands on that by stating that T-Mobile will be adding anything that people vote on, as long as people are asking for it, but in an orderly fashion of course.

A midst T-Mobile's love for music and after the announcement of Music Freedom, T-mobile is announcing the launch of Rhapsody UnRadio, a new music streaming service that will normally cost $5 for the public, but for T-mobile customers it will only cost $4 a month, and for customers on T-Mobile's completely unlimited plan, the service is completely free and included. Un-Carrier 5.0 and Un-Carrier 6.0 have some big changes coming, with focuses obviously pointed at Data strength and Music services for free, but Un-Carrier 7.0 isn't too far off so more changes are coming, with an announcement that we'll see Un-Carrier 7.0 sometime in the late summer. What changes will T-Mobile have in store for us then?

If you're interested in the Test Drive 7 night stand, you can pre-register on the site starting tonight, but the service goes live Monday, with Legere stating that phones would show up within a couple of days to customers who want to test drive the network. T-Mobile is even providing a Test Drive option for business to business customers, although it works a bit differently. Business customers can sign up just like normal customers, but instead of having the phone shipped to them, they will be contacted directly from a B2B rep, and the phone will be hand delivered personally so they can make sure everything works and gets set up properly, and they also get an extra week in the test drive period. After that two week period, the phones will picked back up from a B2B sales rep so business customers don't have to take the phone in.