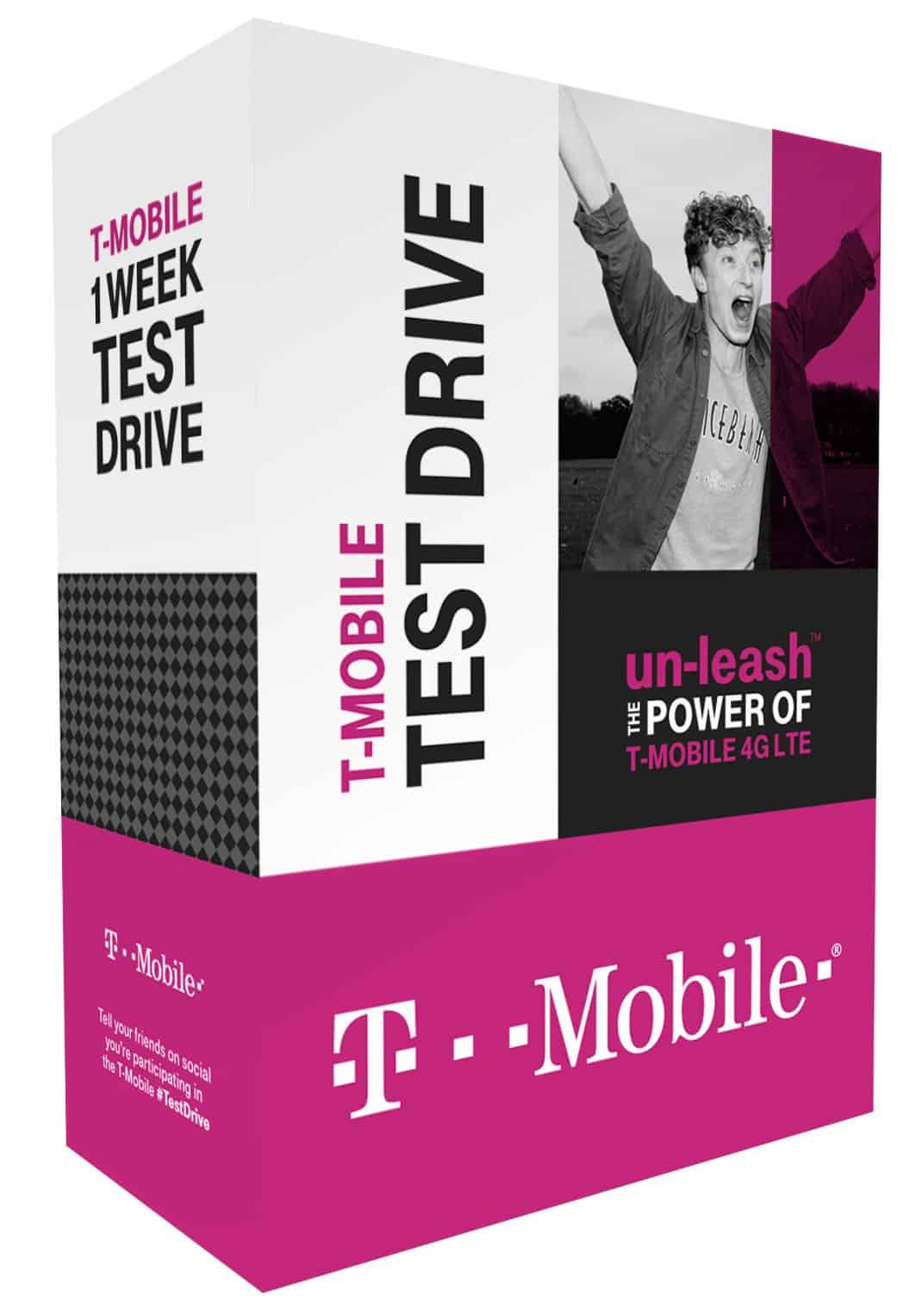 T-Mobile has partnered with Apple – I know, I know – for a new program called Test Drive. What it allows you to do is use an iPhone 5S on T-Mobile's network for 7 days. This includes unlimited everything, for free for 7 days. So you can see how great or not so great T-Mobile's network is in your area. Although I'd like for them to do this with any device on their network, it's still a great idea. Seeing as many people say T-Mobile's network is pretty crappy, but haven't actually used T-Mobile's network in over 3 years. A lot has changed in 3 years and that's what T-Mobile is here to show you. Of course, T-Mobile is still touting their data strong network, which has pushed out Wideband LTE in a bunch of cities today, including Dallas, and Detroit and about 14 others.

For those interested in the full details, we've got the press release down below.

SEATTLE, WA, June 18, 2014 – In another of its signature moves, T-Mobile US, Inc. (NYSE: TMUS) today introduced "T-Mobile Test Drive" and pioneered a new way to buy wireless in this country.  With T-Mobile Test Drive, people can receive an iPhone 5s and unlimited nationwide service to take T-Mobile's network for a data-intensive, seven-day spin at no cost whatsoever. The new initiative puts T-Mobile's data-strong network in the spotlight, as the Un-carrier rolls out yet another major network expansion ahead of the competition. No More "Buying Blind"The Un-carrier's latest initiative takes aim at the painful process of buying wireless in America today.  People must decide on a wireless provider without knowing how the network will really work for them – where they live, go to school, work, and play.  As a result, the U.S. wireless industry has one of the highest "remorse rates" of any out there.  Nearly half (46%) of wireless customers say they've signed up with a carrier and then wanted to leave, and one in 10 have actually left within the first 30 days of making a switch.1  It's a pain point ripe for an Un-carrier solution. "The way this industry forces Americans to buy wireless is completely, utterly broken.  I'm here to tell you there's a better way," declared John Legere, T-Mobile CEO and President. "While the carriers ask you to buy blind, the Un-carrier gives you transparency.  Our network kicks ass, and now people can experience for themselves what a data-strong network can do with T-Mobile Test Drive." Starting this Monday, June 23, people can sign up for T-Mobile Test Drive at www.t-mobile.com/testdrive.  A few days later, they'll receive an iPhone 5s fully loaded and ready to go, and they can put T-Mobile's data-strong network to the test for seven full days on the "most forward-thinking" smartphone.  After the test drive, just drop it off at any T-Mobile store.  That's it.  Absolutely no money down.  No obligation.  No strings attached. T-Mobile Test Drive is a first-of-its-kind nationwide initiative from a major carrier that the Un-carrier is rolling out at scale.  During the first year of the program alone, T-Mobile expects at least one million people to take a test drive.  Network Designed Data-StrongT-Mobile Test Drive marks a new campaign to let consumers experience first-hand how the Un-carrier's network is different, even as the company today announced two massive network expansions.  T-Mobile has expanded Wideband LTE into 16 total markets, giving all T-Mobile LTE devices a speed boost with capable peak network download speeds up to nearly150 Mbps – that comes out to a 90-minute HD movie download in under three minutes or an 11-song music album in seven seconds. Building on its data DNA, the Un-carrier also expanded Voice over LTE (VoLTE) to more than 100 million people in 15 total markets.  T-Mobile was the first major provider to launch VoLTE, and now, because its network has been designed for data, is nearly doubling the amount of data dedicated to voice calls for highest fidelity, crystal-clear HD Voice and faster call setup times than ever before. The Un-carrier expects to deploy VoLTE nationwide by the end of the year.  "The old telecoms designed their networks for a time when your phone's only app was a phone call–and they haven't shaken that dial-tone mind-set," said Neville Ray, Chief Technology Officer for T-Mobile. "Our 4G LTE network was built in the last year and a half, so naturally we built it differently.  We built it for the way people use smartphones and tablets today, and we built it with a mobile Internet architecture, so we could roll out new technologies faster." Now, as mobile broadband usage skyrockets, Un-carrier customers are reaping the rewards of a network designed to be data-strong and concentrated where people use data the most – unlike older carrier networks built by phone company utilities.  T-Mobile customers are using more wireless data on average than the major national carrier customers – 61% more than Sprint, 69% more than Verizon, and 100% more than AT&T.  T-Mobile customers also have more network capacity per customer than with any other major national wireless company, a full 70% more network spectrum per customer than Verizon, and they're streaming, tweeting, using FaceTime and more at lightening speeds on America's fastest nationwide 4G LTE network. "We're a mobile Internet company competing against utilities, so it's no wonder we're faster than they are," added Legere. "We're out there doing it while the other guys are still scheduling a meeting to talk about doing it.  And, there's one more thing you can bank on.  We won't stop." Learn more about T-Mobile's network expansion and data-strong network design in this blog post.  For more information on iPhone, please visit www.apple.com/iphone. For more information about T-Mobile Test Drive, visit t-mobile.com/testdrive or the T-Mobile Newsroom.