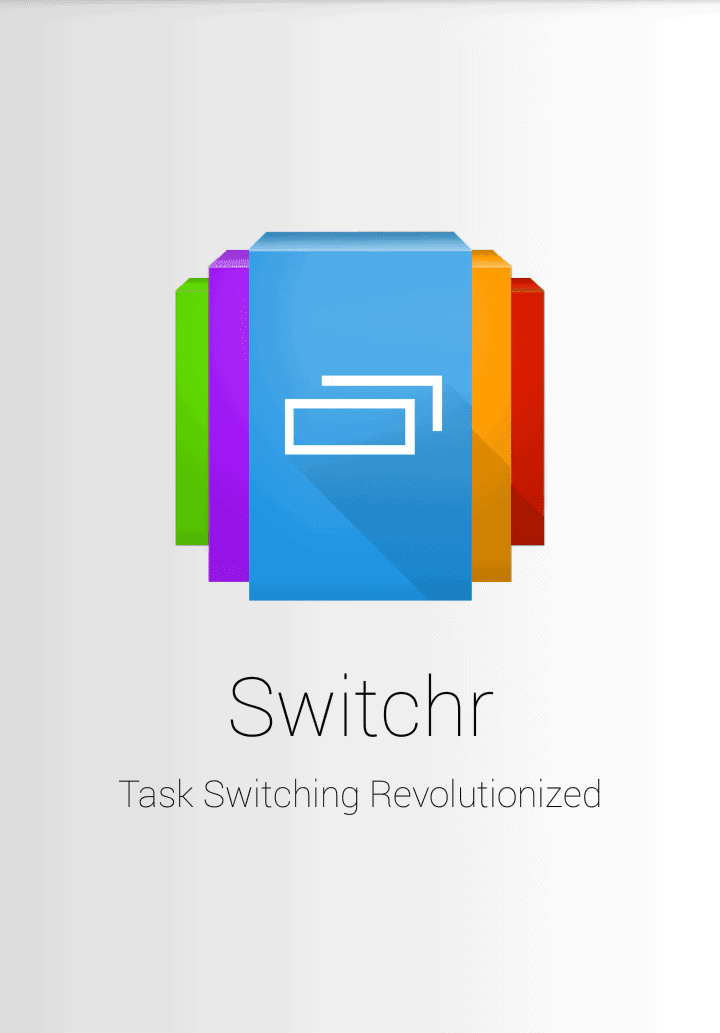 Many people know that Samsung replaced a menu button with a multitasking button the the Latest Galaxy devices, and everyone knows that the Nexus devices, as well as certain other less-heavily modified version of Android have a softkey/on-screen button set that includes a home, back, and multitasking button in some order or configuration.  Multitasking is, therefore, a strong point and important feature of the Android operating system, but we have seen it done so many similar ways that nothing is really interesting about it anymore.  And that's where developer Mohammad Adib comes in, with his app Switchr.

Switchr turns multitasking on its head, in each and every possible way.  The app Switchr comes in a free and a paid upgrade (or license key, if you prefer the terminology), and is extremely light in download space (less than 6MB with both the app and its paid license).  What does it do, you may wonder? Well, Switchr gives your four distinct, unique, and new ways to multitask and manage your six or sixty apps that are open at any time.  For this features rundown, we will be using the full, 'Pro', paid version.  You can choose from flow, slide, arc, and grid switching methods.  Flow uses a horizontal scrolling icon list of running apps, and allows you to have a live preview of what the app is doing right now/where you left it.  Slide utilizes slides from (by default, which can be changed in other settings) the left edge of the screen, using a back and forth swiping motion to swap between all running apps (and live previews, if enabled). Arc is just that, an arc, viewed with a swipe from the top half of the left edge, where you highlight the running app you want to launch into (also has live previews, if enabled).  And finally, Grid is a grid of all your running apps, and with Pro, you can hold on a running app to close it.

The Pro version costs $1.99, and adds the ability to customize so much of the app, interface, and Switchr experience, and even offers access to root features, for those of you that enjoy the root power.  The app gives you the ultimate power to switch how YOU want, and is compatible with devices running Android 2.1, Froyo, so your device(s) can definitely run it.  The developer is well-known across the Internet for his various feature and utility apps that he has both in Google's Play Store, but also on XDA Developers' site, the first for the sale and the second for real support and other communication.  Go check out this app, and if it's as good as it sounds, consider getting the Pro version to have full access and power over your multitasking experience.