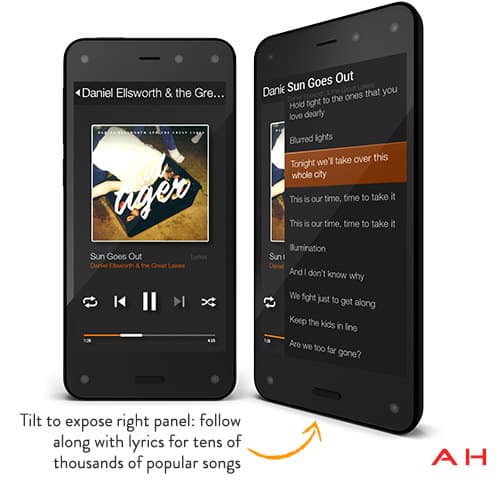 Yesterday, Amazon finally and officially took wraps off of their smartphone, the Amazon Fire Phone, and while on the face of things the Fire Phone is like a smaller Kindle Fire that can do all that phone stuff. However, scratching a little deeper and Amazon have put together something really quite different. Not only do those four cameras on the front of the device deliver a cool 3D type of effect, but there's also Firefly, Amazon's way of helping you buy, well, anything. Firefly is pretty neat, and you can use the camera button on the side of the device to quickly get to it. Once you're in Firefly, the camera will scan objects for album art, DVD covers, web addresses, phone numbers, product art, barcodes, you name it. Guess what you can do with such information? Buy the stuff from Amazon of course.

There's a little more to it than that of course, you can look info on a movie, find out how to get to somewhere and more all from one app. It's a great use of hardware and Amazon's potent cloud computing chops to deliver easy info to the common folk. However, there's a pretty big privacy concern with Firefly. It's always listening, it's always collecting GPS data and more. Wonder why Amazon give you unlimited cloud storage for your photos? Because the ecommerce giant can sift through these images, use the GPS metadata attached and more to deliver information through Firefly. Not only is it a helpful feature, but Amazon's robots can build a pretty detailed picture of whereabouts you live, what sort of products you're into and what sort of music you listen to. Soon, Amazon's Fire Phone and Amazon's cloud will know all sorts about you.

Is this cause for concern? Well, we suppose that depends on how bothered you are by the idea that big ol' Amazon has all this info on you. If that doesn't bother you, then you should be fine. However, the idea of Amazon using all your photos and whatever other data it picks up along the way to sell you stuff is a little disconcerting, but there's going to be a whole lot of people out there that will think Firefly is great, and they won't ever car about how it works, they'll just enjoy it.