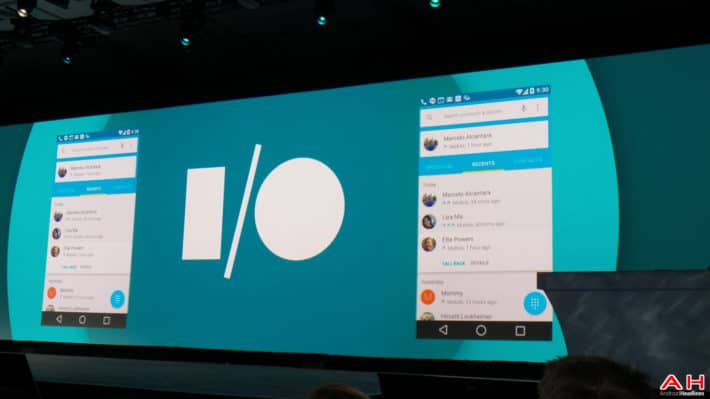 Android L is quickly proving to be the single largest update Google has ever pushed out for the platform.  Ranging from the internal rendering systems to the full UI redesign that Google has shown off today at Google I/O 2014, we're going to take a look at what they're doing for notifications now.  Notifications have been one of the single largest reasons to use Android over other mobile operating systems, and Google is taking those notifications to the next level with Android L.  Traditionally in Android when you receive a notification you receive a small preview on the notification bar up top, but have to wait for it to scroll through the whole thing in order to preview it.  You'd then have to pull down the notification shade in order to view the full thing or to perform actions on that notification.

Now Google is introducing Heads Up notifications officially.  The CyanogenMod team actually found this code hidden in Android code just two days ago, and now it's officially available.  What does heads up do?  Let's say your in a full screen application, the demo used a game to show this off.  While playing the game someone called the presenter and instead of flipping out of the app and showing a full screen call dialog, a small pop-up box came down from the top of the screen allowing the presenter to continue to play the game, or to choose to accept or decline the call.  These new types of notifications give the same rich experience that we Android users love all while not requiring a full screen solution to present itself over what you're currently doing.  You can even swipe away these notifications as they come up  without having to pull down the notification shade.