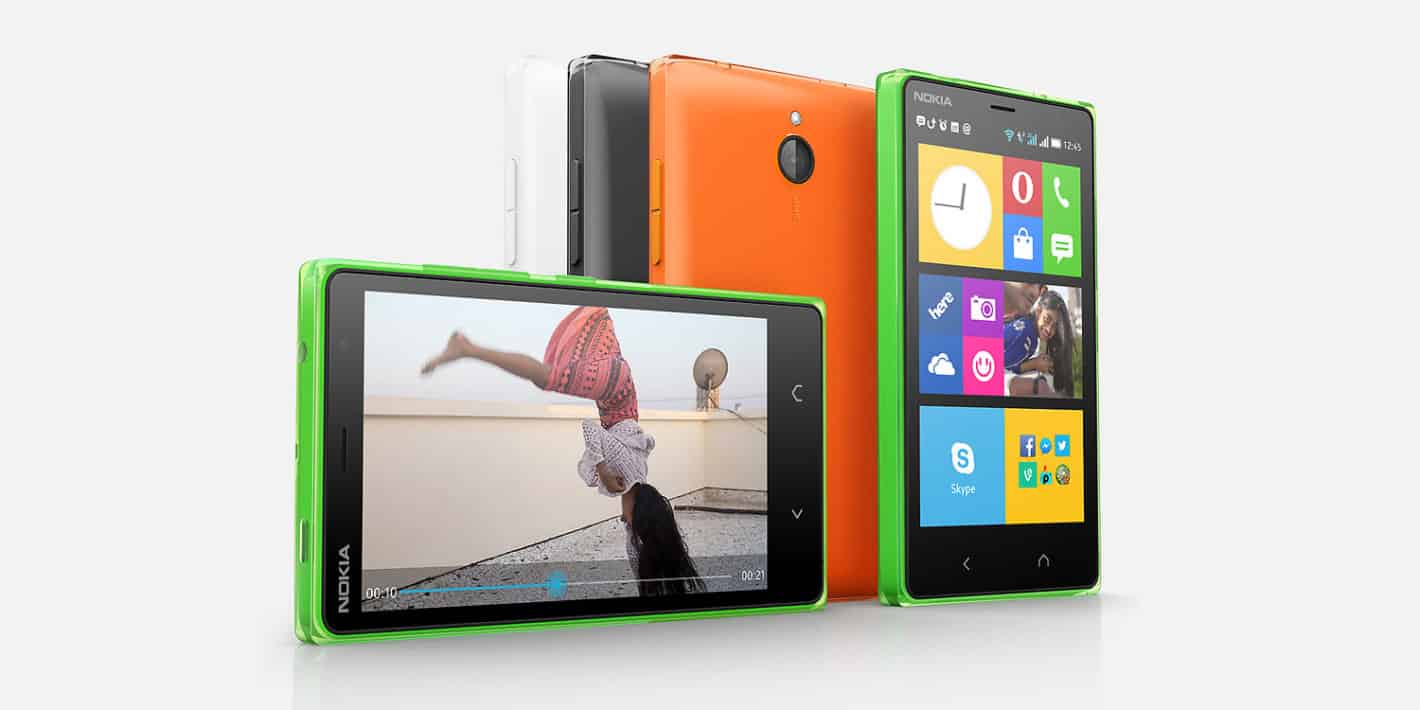 Way back in February at MWC, Microsoft unveiled the Nokia X range of Android smart phones, and while everyone was initially excited to finally see a Nokia handset powered by the might of Android, that excitement soon turned into a damp squib when the Nokia X's specifications were found to be, somewhat lacking to say the least. There's been some rumours lately that Microsoft are developing a successor to the Nokia X, the appropriately named Nokia X2 and this news is confirmed by this mornings announcement by Microsoft.

So what does the Nokia X2 bring to the table this time round? Well, while the X2 does bring some improved specifications, along with a couple of features that were totally lacking in the original Nokia X, it's still not much to shout about. The X2 is still a bargain bucket phone. That said, let's take a closer look.

The Nokia X2 is powered by the Dual-Core Snapdragon S200 which is clocked at 1.2GHz, and has been upgraded to 1GB of RAM, up from the previous 512MB. 4GB of internal storage is included, which can be added to via the Micro-SD card slot. The bigger 4.3-inch screen still has a poor resolution of only 800 x 640 (WVGA), although it now has ClearBlack technology as well as scratch-resistant glass, along with a double tap to wake function. An 1800mAh battery is present.

A couple of the more easily noticed differences comes in the camera department, with a 0.3MP front-facing camera on selfie duty, of 640 x 480 VGA quality. It's not very good, but its better than what was available on the previous model, which means its better than nothing. The second major difference comes in the form of a LED flash on the rear of the phone, augmenting an improved 5MP camera module.

One of the complaints levelled at the original Nokia X was the use of firmware based on an ancient version of Android, 4.1 Jelly Bean to be exact. And whilst it's improved, its still nowhere near being up to date. Although the Nokia X2 comes with updated firmware, version 2.0 of its AOSP Android 4.3 Jelly Bean based Android software platform, this still means that the X2 is using firmware based on a version of Android that is almost a year old. There's no excuse for this, and the same question is raised as before; why haven't Nokia equipped the X2 with Android 4.4 KitKat which is optimised for lower-specced devices? As usual, all of Google's goodness has been stripped out, with Microsoft pushing users to utilise the various alternatives such as Nokia HERE Maps, Outlook, OneDrive etc.

As is usual with Nokia handsets, the X2 is available in a wide variety of bright colours, which included green, black, yellow, white, orange and a matt dark grey. The Nokia X2 can be picked up for â‚¬99 ($135).

The Nokia X2 may not be of much interest for consumers looking to buy the latest and greatest handsets, we aren't the type of consumer that Microsoft are aiming the Nokia X range at, instead the X2 is aimed at people looking to buy their very first smart phone. In doing so, Microsoft are hoping to bypass an entire generation of smart phone users who prefer HTC, Samsung, Sony or LG Android phones, betting that someone who has bought the Nokia X2 phone will want to keep it in the family so-to-speak and upgrade to either a newer Nokia X model or even 'upgrade' to the Windows Phone line-up when the time comes to purchase a new phone. Microsoft is definitely playing the long game with this strategy. Let us know your thoughts on the Nokia X2 in the comments below or at our Google Plus page.